Bolaños: "Our will is to dialogue and reach agreements with the Catholic Church"

The Minister of the Presidency, Relations with the Courts and Democratic Memory of Spain, Félix Bolaños - who has headed the Spanish delegation to attend the creation of the Spaniard Fernando Vérgez as cardinal in the Vatican - has defended that the Government's will is to "dialogue and reach agreements with the Catholic Church". 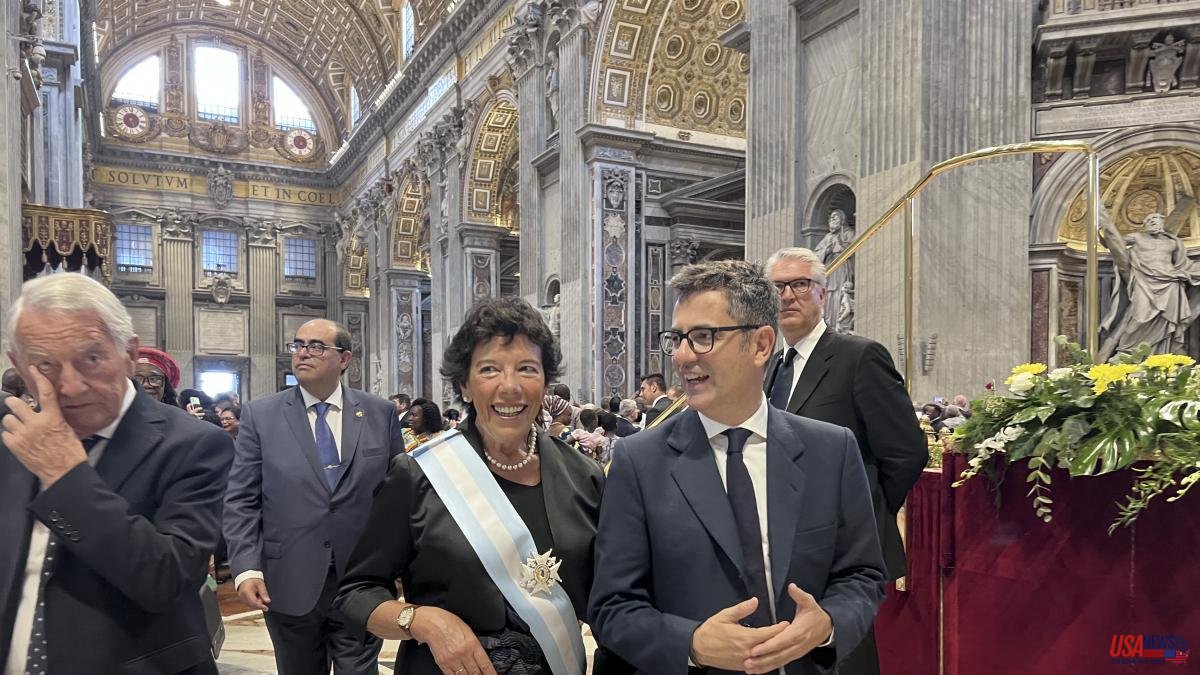 The Minister of the Presidency, Relations with the Courts and Democratic Memory of Spain, Félix Bolaños - who has headed the Spanish delegation to attend the creation of the Spaniard Fernando Vérgez as cardinal in the Vatican - has defended that the Government's will is to "dialogue and reach agreements with the Catholic Church".

"The relationship with the Catholic Church is a cordial relationship, of collaboration, of dialogue, of working with issues where we can have different positions, but we make an effort to get closer and we can have positions that find a balance; that is where we are and where we are going. to be from the Government of Spain always with the Catholic Church", he defended in a meeting with journalists at the Spanish embassy to the Holy See.

Bolaños leads the dialogue table on the part of the Government in the open commissions with the Spanish Episcopal Conference in reference to registrations in the registry of real estate owned by the Church; and the taxation and management of the patrimony of the Obra Pía of Rome.

Regarding the area of ​​the immatriculation of assets, he has defended that "he has already obtained a result". "Around 20,000 assets that the Church registered as places of worship, there were another 15,000 (14,000 and odd) that were not places of worship. Of those 14,000, 1,000 were recognized as having been registered without a sufficient evidentiary basis," he summarized. .

Asked about the Government's intentions in relation to the heritage of 250 buildings in the center of Rome, the result of donations made to the Church in the past, Bolaños assured that currently "work is being done and documents are being discussed and exchanged."

Obra Pía is an entity of private law and Spanish nationality, whose legal regime depends on the Catholic Church, but which is protected, and therefore managed, by the Spanish embassy to the Holy See. In total, it has ownership of the property of about 250 properties, both buildings and commercial premises, distributed throughout the streets of the center of Rome. Almost all properties are rented.

The minister of the presidency has considered that Obra Pía "is working reasonably well with the governing body that it currently has" and has stated that "the important thing" is to guarantee both the "maintenance in perfect conditions" of the heritage and also "the fulfillment of ends." "So far, to date we are doing it scrupulously." "The Government and the embassy of the Holy See fulfill the purpose of the Obra Pía, that is the idea", he has settled.

In the same way, he has assured that "the idea is to maintain that heritage that is owned by the Obra Pía". "What we want is that any change in that legal regime comes as a result of an agreement and a dialogue with the Catholic Church that can improve that regime," she stressed.