The Government Commissioner for the development of the Mediterranean corridor, Josep V. 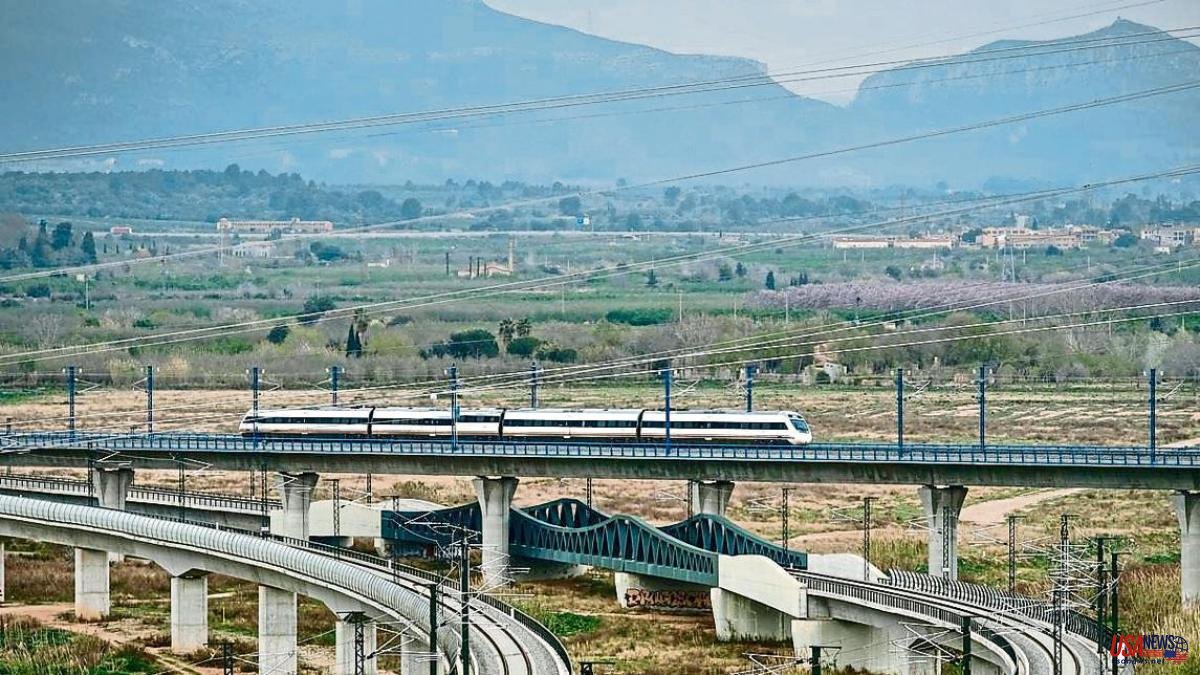 The Government Commissioner for the development of the Mediterranean corridor, Josep V. Boira, has taken stock today in Valencia of the tenders, executions and commissioning of the long-awaited infrastructure. With different maps showing, through a traffic light, the sections that are already under construction or operational and in which there is a pre-eminence of the color amber, Boira has said that "in the Mediterranean corridor things are happening, they are happening”.

He has also sent a message to businessmen in the logistics sector to expedite their contracts and so that they run even with the times, already agile, he came to say, from the broker: "We must make an appeal to the companies because the works are going to arrive in a shorter period of time than is in the contracts they are making with their carriers, which they have told us is for five years,” he explained.

"I hope that the logistics and planning departments ask. Because who is asking us about calendars are all the companies around the Tarragona junction or around Volkswagen in Sagunt", he added.

In his opinion, these businessmen "could be doing more", and regretted that "nobody has asked me about the possibility of building a railway motorway from Valencia, because it could be done with international gauge".

Thus, the government commissioner for the Mediterranean corridor added that "it is time to ask businessmen to get ready, because in four or five years the corridor will be up and running", he declared.

His message, at a working breakfast with journalists, comes two days before the great business event that the platform

At the Barcelona meeting, it is expected that the minister of the sector, Raquel Sánchez, will boast of the management of the last four years, in which 233 kilometers of infrastructure have been put into service. She is expected to be interviewed during the event, as happened last year in Madrid, when she confirmed that the Mediterranean corridor would be ready to the French border between 2025 and 2026.

More than 1,000 businessmen are expected to attend the event at the Barcelona International Convention Center (CCIB) Auditori Fòrum, as well as the presidents of Catalonia, the Valencian Community and Murcia. President Aragonès confirmed yesterday his attendance at AVE and "he will go as one more to support civil society and employers" from Catalonia, Valencia, Murcia and Andalusia, as published today by Salvador Enguix.

The summary presented today by Boira states that the Ministry of Transport has already mobilized investments of 4,400 million euros. Of these, 2,800 million have been awarded and are under construction and 1,900 million euros are executed.

As for the future, Boira has indicated that now it would be necessary to focus on the Valencia knot and the Alicante knot. On the first, Boira considered that it is "very urgent" to get the resolution on the through tunnel so that a consensus is reached on the routes with the Generalitat Valenciana and the municipalities and the Environmental Impact Declaration can be carried out.

Regarding the access channel, on the south side of the city, Boira has indicated that the economic opening of the offers will take place on Friday, with which "more or less the successful bidder will be known." In addition, he has indicated that all the administrations are "aligned" so that the works begin in the first quarter of next year.