A sum of stories that tell the lives of innocent children. 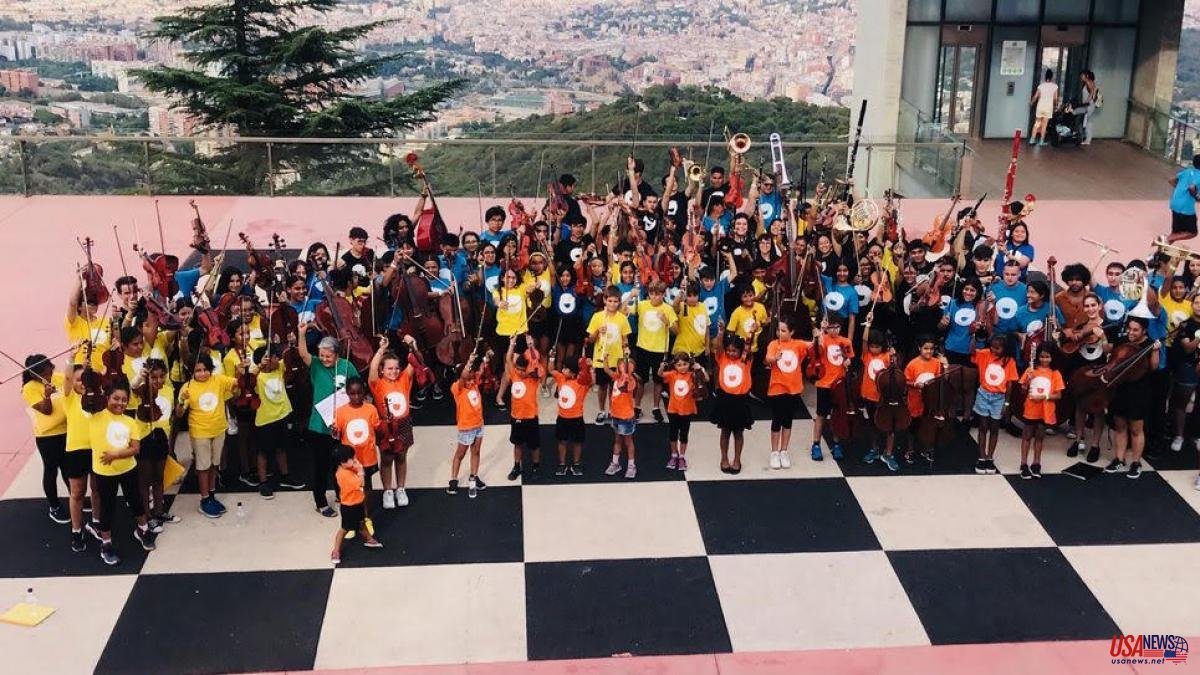 A sum of stories that tell the lives of innocent children. Children with broken families, who have suffered evictions or energy poverty, who have emigrated to Barcelona with the hope of finding a better life, who due to circumstances have witnessed how one of their relatives was sent to prison... Children who could have had a fatal outcome . The Vozes project was born from this sad context.

On November 28, the eighth charity concert of the foundation of the same name will take place at l'Auditori de Barcelona starting at 7:30 p.m., with the collaboration of Pep Sala, the former guitarist of the legendary Sau band, and the composer Pep Lladó, who will also present the anthem created for the entity for the first time in public.

Vozes was founded eighteen years ago in the Nou Barris district of Barcelona, ​​with the purpose of helping all those children who did not have a solid family model. They were collecting creatures around four and five years of age until they managed to form a musical family. In Vozes these children have been taught to play instruments and to sing. Now they are a great choir and symphony orchestra made up of more than 300 young people.

Since the tenth anniversary, the foundation decided to hold a charity concert to raise funds, which have served for the development of this musical organization for children and youth. Thanks to financial aid through subsidies and donations, they have made short tours of Catalonia and have even traveled to Portugal, with the aim of making themselves known.

“In this new edition of the annual concert we seek to show off and show the public who we are, especially for those who have just discovered us” – says the foundation's press officer, Joan Ortiz i Serra–. And he adds that they intend to "make a cultural exchange with influential Catalan music artists of recent years", which is why they have decided to include Pep Sala and Pep Lladó in their repertoire.

Specifically, the symphony orchestra and the Vozes choir will perform themes such as Glory, Percentages, The midnight train or the popular song Boig per tu. In addition, TV3 presenter Mireia Mallol will be in charge of presenting the concert.