Former player Dejan Bodiroga, European champion three times, one of them with Barça, was appointed this Wednesday as the new president of the Euroleague to replace the Catalan Jordi Bertomeu, who had been in charge since the new format of the tournament was founded continental basketball 22 years ago. 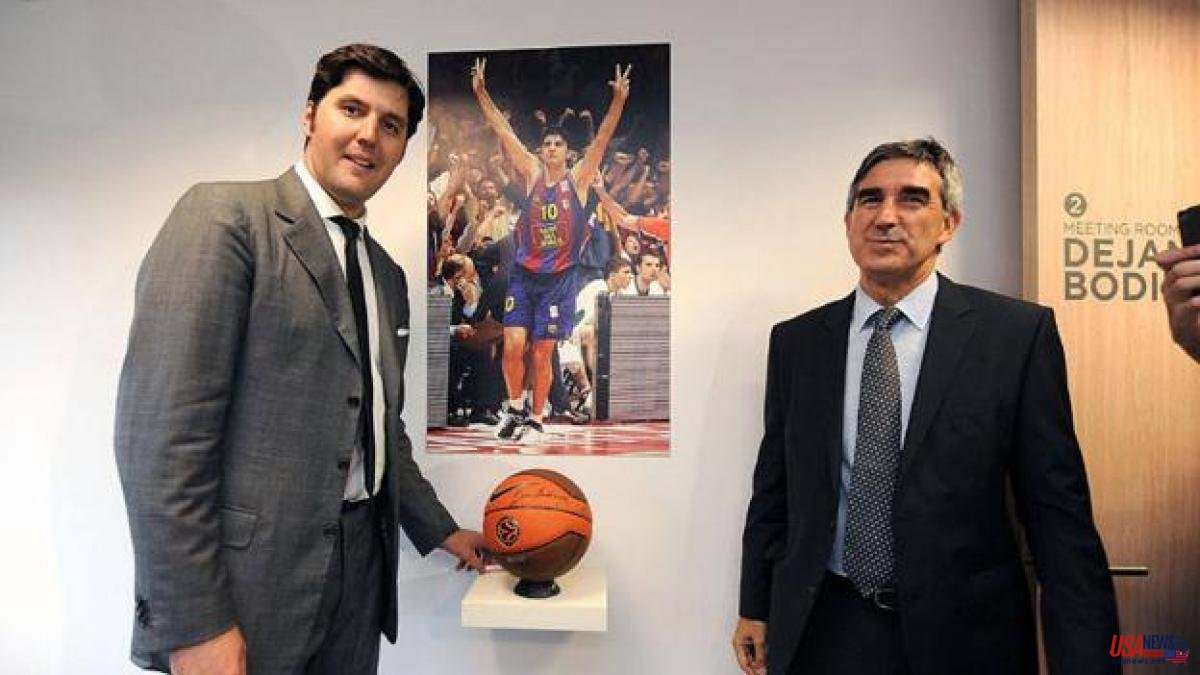 Former player Dejan Bodiroga, European champion three times, one of them with Barça, was appointed this Wednesday as the new president of the Euroleague to replace the Catalan Jordi Bertomeu, who had been in charge since the new format of the tournament was founded continental basketball 22 years ago.

"The last 20 years have seen Europe's premier basketball competition establish itself as a powerhouse in global sports. I would like to thank Jordi Bertomeu and his team for their vision and hard work and look forward to continuing to build and expand the impact of the EuroLeague." and the EuroCup," said the 49-year-old Serb.

Bertomeu's departure was an open secret since last November the majority of the Euroleague's owning clubs voted against his continuity. Olympiacos, Panathinaikos, Olimpia Milan, Maccabi Tel Aviv, CSKA Moscow and Zalgiris Kaunas spoke against it, while Barça, Real Madrid, Baskonia, Fenerbahçe and Anadolu Efes maintained their confidence in the 63-year-old from Barcelona.

"We are entering a new era for the Euroleague," added Bodiroga, who after retiring from basketball in 2007 held various positions in basketball-related organizations, first as vice president of the Serbian Basketball Federation between 2011 and 2015 and later as president. of the FIBA ​​Europe Competitions Commission.

"It will focus on increasing the quality of the competition for clubs, players, fans, partners and all interested parties," highlights the Euroleague statement on the goals of the former Real Madrid and Panathinaikos player, among others, who will also seek to reinforce ties with the EuroLeague Players Association, the EuroLeague Board of Head Coaches, the EuroLeague Basketball Officials Union, FIBA ​​and the national leagues.

Along with the man considered one of the best players in basketball history, twice world champion with Serbia and three times in Europe, will be Marshall Glickman, appointed interim CEO, whose role will be "to optimize the value of the league and the collective commercial assets of clubs, expand its fan base, integrate European basketball into popular culture around the world and ultimately expand to more markets.

“EuroLeague Basketball is like family to me. I have always believed that the premier pan-European basketball league has enormous potential, particularly its appeal to generations of digital natives. I am delighted to help transition to a new leadership.” said the American.