Blatter and Platini acquitted after being accused of corruption

Former FIFA president Sepp Blatter and UEFA president Michel Platini, also a former soccer player, were acquitted by the Swiss Federal Criminal Court in Bellinzona for a corruption proceeding for a payment of two million Swiss francs (about two million euros at the current exchange rate) that the former did to the latter. 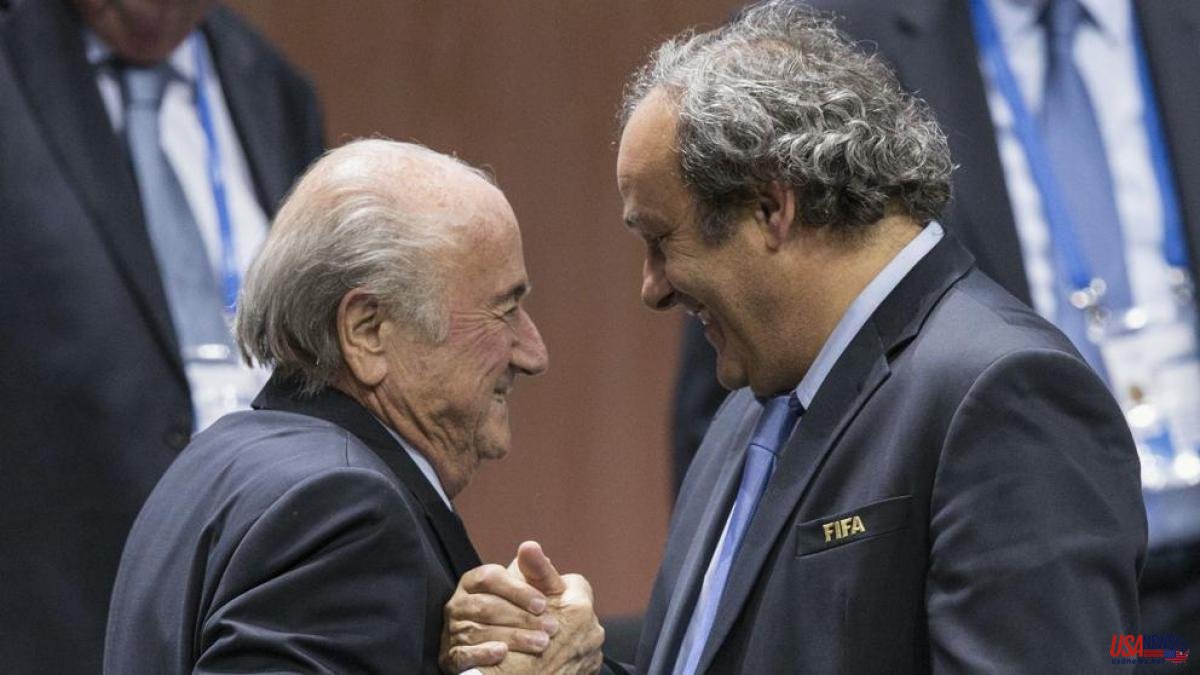 Former FIFA president Sepp Blatter and UEFA president Michel Platini, also a former soccer player, were acquitted by the Swiss Federal Criminal Court in Bellinzona for a corruption proceeding for a payment of two million Swiss francs (about two million euros at the current exchange rate) that the former did to the latter.

The Prosecutor's Office had requested twenty months of conditional prison against both, but instead the court agreed to compensation of 20,000 francs for moral damages in favor of Blatter, who led the world soccer organization for 17 years.

The verdict followed an 11-day trial last month in the Swiss city, capital of the canton of Ticino. "Following the decision of the Bellinzona court judges, I wanted to express my happiness for all my loved ones because justice was finally done after seven years of lies and manipulation," Platini said in a statement.

"The truth has come to light during this trial: my fight is a fight against injustice. I won a first game. In this case, there are culprits who did not appear during this trial. Count me in, we will meet again. Why not I will give up and go to the end in my search for the truth."

Blatter announced his plan to step down from the presidency early in June 2015 in the wake of a sprawling investigation into corruption in the United States, which ended his reign at FIFA after 17 years.

A separate but cooperative case by Swiss prosecutors led to Platini's payment being investigated. The fallout ended Platini's campaign to succeed his former mentor and saw the French soccer legend ousted as president of UEFA, European soccer's governing body. "Believe me, going from being a world football legend to a devil is very hard, especially when it comes to you in a totally unfair way."

Both Blatter and Platini have long denied any wrongdoing, claiming they made a verbal deal in 1998 for Platini to get additional salary that FIFA could not afford at the time. Platini signed a contract in August 1999 to be paid 300,000 Swiss francs ($300,000) a year. That defense failed first before the judges of the FIFA ethics committee, which expelled them from football, and then in separate appeals before the Court of Arbitration for Sport (CAS).