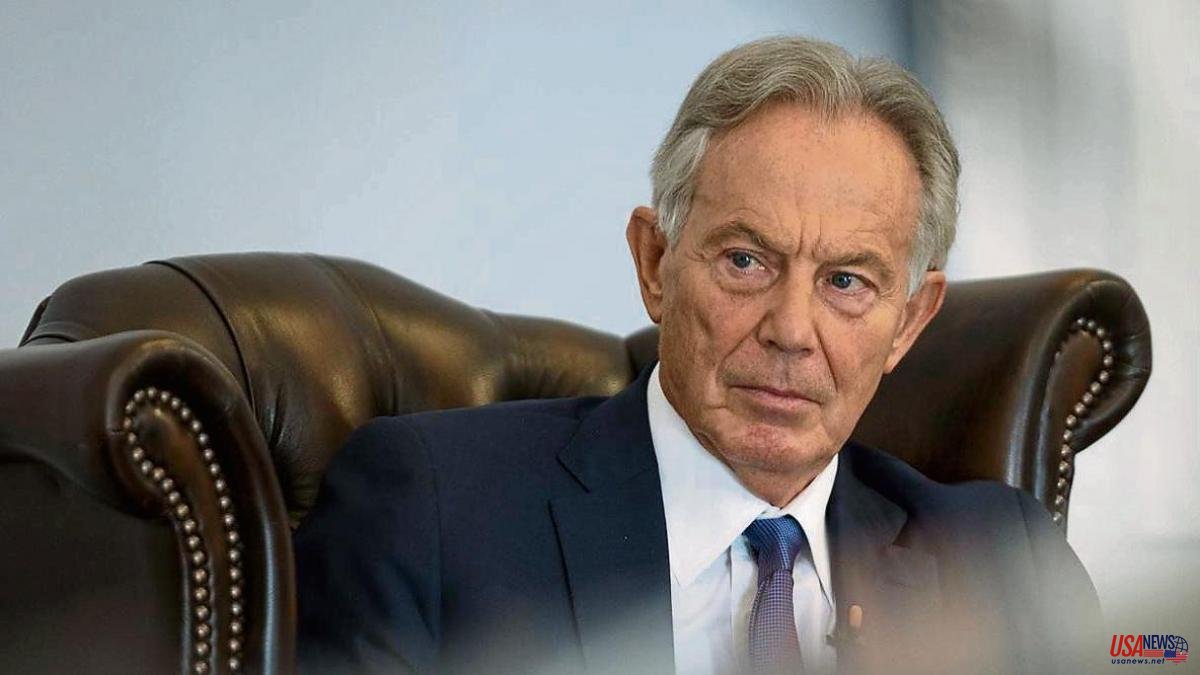 Amid the chaos that post-Brexit British politics has become – and even more so now with the cost of living crisis – some Labor complain that their party is too far to the left and others that it is too far to the right , some conservatives of the social democratic economic policies of Boris Johnson and others that he does not fulfill his redistributive promises. The prime minister is ideologically nowhere and at all times, and with things as they are, Tony Blair believes he has found a space to return.

Blair always thought that he had been pushed off the throne prematurely by his successor Gordon Brown, when he still had his rope for a while despite the fact that corruption and – above all – the war in Iraq had undermined his prestige. Since 2007 he has remained on the margins of the political scene, heading an institute that bears his name, traveling and making money at close range, increasingly frustrated with the reality of the country.

The former premier was a harsh critic of Jeremy Corbyn, the former leader of Labour, a traditional socialist. And although he has never been too enthusiastic about the current Keir Starmer (more moderate, but still more to the left than him, but without his charisma), he leaves no doubt that he prefers him compared to Boris Johnson, whose populism disgusts him. , as well as his predisposition to change or break international laws and treaties at his convenience, and the frivolity with which he plays with the Ulster peace agreements.

But although he prefers Starmer to Johnson, his real commitment is to promote a centrist party inspired by French President Emmanuel Macron's La República en Marcha, whom he admires (not everyone would put it that way) for his "extraordinary ideological clarity" and the fact of “having overcome the conventional paradigms of the right and the left, going against the populist current that has taken over western politics”.

Blair, at 69, has passed the rice as a potential prime minister and, above all, as head of Labor (he has made many enemies and is too divisive a figure), but he still wields influence and when he speaks he is listen. That is why he believes his best option is to inspire a new centrist party around Labor figures such as former Foreign Office Secretary David Miliband, former Scottish Tory leader Ruth Davidson, and pro-European Conservatives whom Johnson has sent into exile, such as the former ministers Rory Stewart and David Gauke, and former MPs Luciana Berger and Angela Smith, who founded an independent parliamentary group that got nowhere.

All of them are going to participate –perhaps together with Macron, who would be the guest of honour– in a great conference entitled “The future of Great Britain” that will be held with all pomp on June 30 in London to analyze the challenges to the facing the country: the aftermath of Brexit, the impact of the Ukraine war, inflation and rising costs of living, and the discrediting of the Made in Britain brand since Johnson has been in power.