The Black Friday campaign, whose main commercial event is held this Friday, takes the pulse of consumption in the midst of an inflationary spiral. 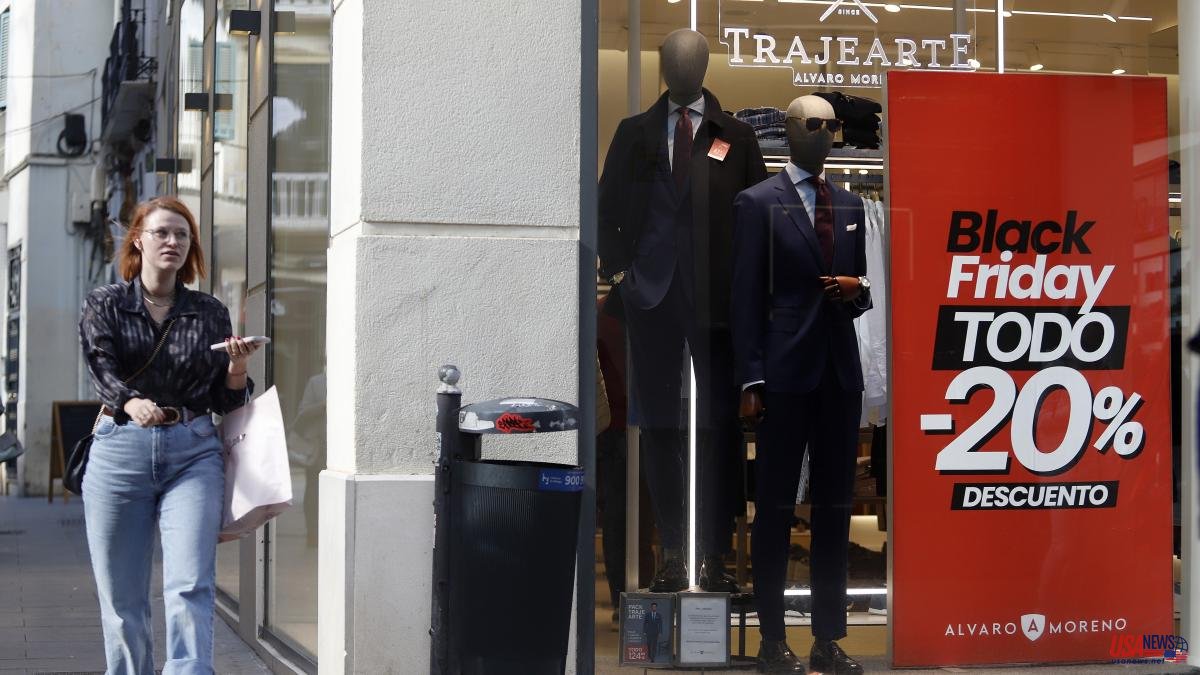 The Black Friday campaign, whose main commercial event is held this Friday, takes the pulse of consumption in the midst of an inflationary spiral. Some categories, such as textiles and footwear, come to the day after a drop in sales of almost 12% in October and expect to recover part of the turnover between this week and Christmas.

The large distribution also anticipates a positive campaign, thanks to the promotional stimulus and discounts. Depending on the categories, Black Friday already concentrates between a quarter and a third of Christmas sales, according to data from Anged, the association of El Corte Inglés or Ikea. Small businesses, on the other hand, attend the event with greater uncertainty.

On the other hand, the local trade rules out that there will be large discounts due to the current complicated economic situation and because the businesses are already going very far, as reported by the Spanish Confederation of Commerce (CEC) in a statement. "We must take into account the complex moment we are living in. Given the rise in structural or fixed costs and that of variable costs such as the price of products, from local businesses we have been reducing margins for months and containing prices or passing them on with the utmost responsibility, trying to maintain a difficult balance so as not to lose competitiveness. In this scenario, we rule out that there will be aggressive discounts, because merchants are already going very far," explained the president of the CEC, Rafael Torres.

However, the retail trade association has been optimistic regarding a greater influx of people on the streets and a greater presence in the establishments of consumers who want to bet on the shopping experience in a physical store.

They also fear a decrease in the average ticket, in line with the cost forecasts made by different consultants. "A good thermometer to measure the results that can be expected is found in the drop in the hiring of personnel for this campaign, both in shops and in the logistics sector," Torres pointed out.

The Accenture Christmas Shopping Survey estimates that each Spaniard will spend an average of 497 euros, 5% less than in 2021, while BCG forecasts a drop in spending of 13%. Deloitte calculates a budget of 634 euros per person, similar to the previous year, although it includes more categories than the other surveys, such as spending on restaurants and travel. In the case of electronic products, stars of Black Friday, GFK forecasts a 5% decrease in sales by the end of the year.

Regarding the participation in this day of offers, approximately 45% of small businesses did so in 2021, making some type of discount or promotion in their businesses, a figure that is expected to be similar for this year.

The president of Comertia, David Sánchez, agrees that there will not be as much discount as in other years, but he maintains a more optimistic vision for this Black Friday. "Shops, regardless of their size, must adapt to consumer demand, who need incentives to buy," he said in statements to Europa Press.