The largest oil exporter receives the largest importer these days and the world wonders if there is something else under the red carpet, apart from mutual commercial interest. 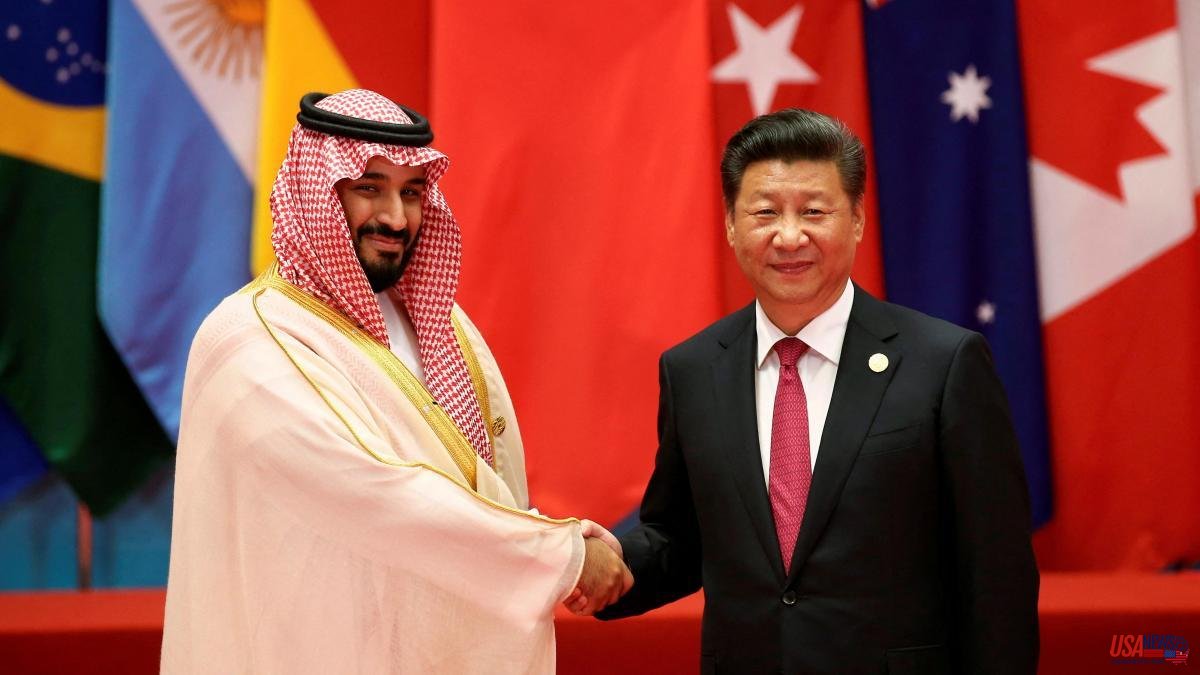 The largest oil exporter receives the largest importer these days and the world wonders if there is something else under the red carpet, apart from mutual commercial interest. The Chinese president's three-day visit to Saudi Arabia is not like the others. Xi Jinping had only left his country twice since the start of the pandemic, before landing in Riyadh yesterday afternoon.

This is also an appointment that is worth three, since it is not a purely bilateral meeting, but a barely concealed Sino-Arab summit. The Chinese delegation will participate in the meeting of the Gulf Cooperation Council and will also meet with some thirty leaders from all over the Arab world displaced for the occasion.

In any case, the highlight will be tomorrow's meeting between Xi Jinping and King Salman and, above all, with the son of this true strong man, Mohamed bin Salman. Xi Jinping's last visit to the kingdom was in 2016, when Bin Salman had not even been promoted to crown prince. Now, Bin Salman, already as prime minister, needs the big Chinese companies to avoid the shipwreck of his most outrageous projects, such as the futuristic city of Neom, in the same way that Marshal Al Sisi turns to Beijing to build the new Egyptian capital .

Likewise, in the waters agitated by the war in Ukraine -with strong waves around the island of Formosa- the meeting of both leaders reinforces their neutrality, questioned from Washington, Riyadh's traditional ally.

At a time when energy supply has returned to the top of the agenda, the Riyadh-Beijing rapprochement is being closely watched by Joe Biden, who entered the White House promising to make Prince Mohamed bin Salman an outcast. Before being forced to beg in Jeddah last summer for a meager increase in Saudi production. Ephemeral, since a few months later, within the framework of OPEC, Mohamed bin Salman and Vladimir Putin agreed to reduce the extraction of crude oil, to maintain the price of a barrel. Thus, counterprogramming the successive releases of US strategic reserves to the market, before the renewal elections of its Congress and Senate.

A decision with economic sense for the producing countries in which Brussels or Washington prefer to see the political dimension, singularly, their financing of the Russian war machine. The West's pressure capacity, in any case, is not what it used to be. Just a decade ago, the United States was the number one importer of Saudi oil. Since 2018, it has not only ceded first place to China, but has been overtaken by India and Japan. A tectonic change, taking into account that, before 1990, the Wahhabi kingdom did not even maintain relations with the Chinese communist state, which is now its first commercial partner, with exchanges worth 80,000 million euros per year.

Likewise, from Riyadh, the hypocrisy of those who have been abhorring hydrocarbons for years with ecological arguments, while working for energy self-sufficiency through ultra-polluting extraction procedures such as fracking, is observed. Not to mention interventionism, naive or not, consisting of setting a cap on the price of a barrel, today Russian, tomorrow who knows.

Likewise, denunciations from London or Washington about the situation of the Uyghurs in Xinjiang get some echo in Qatar or Turkey, but are seen as a crude campaign and ignored in Saudi Arabia, Iran, Pakistan or Afghanistan.

Bin Salman's message is clear. Saudi Arabia has a free hand to do business with whoever it wants. Another thing is that he dares to cross the red lines drawn decades ago. It remains to be seen whether the talks between Beijing and Riyadh so that a part of the oil payments are made in yuan, instead of dollars, will come to fruition. At the same time, Saudi Arabia remains the number one customer for the US arms industry, a country that has redeployed troops to the kingdom, with an eye on China's strategic ally Iran.

Although Saudi Arabia seeks observer status in the Shanghai Cooperation Organization, its relationship with Beijing is far from reaching that level, and its military allies are now business as usual. While the planned manufacturing of Chinese drones in Arabia is still a footnote. Although Washington also takes note of the accumulation of factors, such as Riyadh's green light for the deployment of 5G in the kingdom through Huawei.