Bill Rusell, the player with the most rings in the NBA and legend of the Boston Celtics, dies at 88

In the 80s, a rivalry would change the NBA forever, the one starring Magic Johnson and Larry Bird. 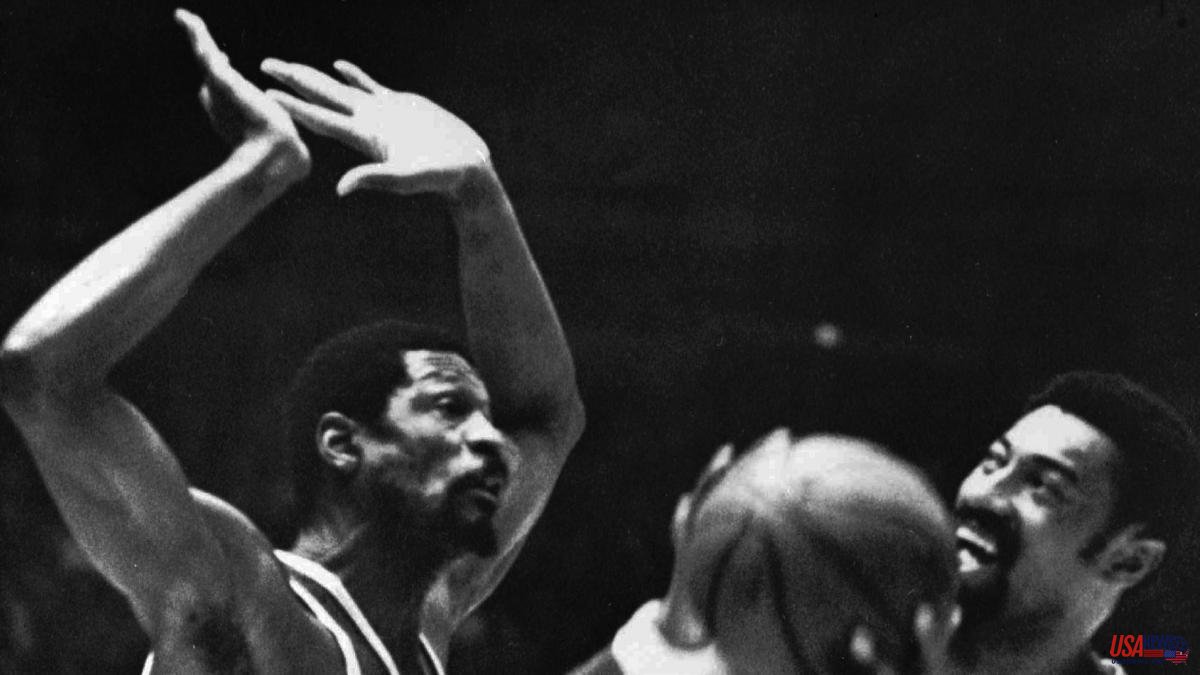 In the 80s, a rivalry would change the NBA forever, the one starring Magic Johnson and Larry Bird. They were like water and oil, like night and day. pure antagonism. Before forging a friendship, they gained mutual respect but never stopped fighting. It was about Lakers and Celtics in its purest form. But long before them, at the end of the 1950s and during the 1960s, another rivalry filled headlines and comments, the one written every game night by two giants under the hoops, the serious Bill Russell, who died yesterday at the age of 88, and the more cabaret artist Will Chamberlain. But where there was no color was that Russell's team, the Celtics at the time, were nearly unstoppable. For this reason and because of his enormous quality, Russell became the player with the most titles in NBA history. He still is. He managed 11 in 13 seasons, eight of them consecutive and the last two as player and coach, becoming the first black coach in the North American major leagues.

If Chamberlain, who only won two rings, was considered to be a scoring machine and his record of 100 points in a game is still valid, Russell (15.8 average points per game) contributed a lot in a collective sense, focused more in rebounds (the second in history in this section) and in defense, taking advantage of his 208 centimeters height. He played for the Celtics throughout his career, from 56 to 69, received the award for best player of the season five times and was an All Star twelve times. Even before entering the NBA he was a successful center, since with the university from San Francisco was crowned twice in the NCAA. "The greatest champion in the history of team sports is gone," NBA Commissioner Adam Silver said. In his phenomenal history there is also an Olympic gold, that of Melbourne 1956.

“Beyond the triumphs, his way of understanding battles is what illuminated his life. (...) Bill denounced the injustices with relentless clarity with which he intended to break the status quo, and with an example that, although it was never his humble intention, will always inspire teamwork, altruism and change”, his family said in a statement.

Although he stopped playing more than half a century ago, the memory of Russell has been permanent and it has been common to see him in the big events of the North American league, always with a sober demeanor, an illustrious person who commands respect wherever he goes, an example that continue. Of course, his character never ceased to be introverted and somewhat sullen, to the point that he did not like signing autographs at all.

Born in 1934 in Louisiana, in the Deep South trapped in a regime of racial discrimination, Russell would over the years become an authoritative voice for civil rights. He moved with his family to California in the 1940s and was not the first black player in the NBA, but he was the first great African-American figure in basketball. In 1967 he appeared in Cleveland at an event with center Kareem Abdul-Jabbar, American football star Jim Brown and boxer Muhammad Ali to support the fighter, persecuted for his refusal to fight in Vietnam. Earlier, in 1963, he participated in the March on Washington led by Martin Luther King.

He also took a fervent stand for Malcolm X and saw his Boston home ransacked and littered with excrement, despite the fact that he was a legend in the city. His legend will always live on.