Biden presents the Medal of Honor to four soldiers for their heroism during Vietnam.

Washington -- On Tuesday, President Biden presented the Medal of Honor to four U. 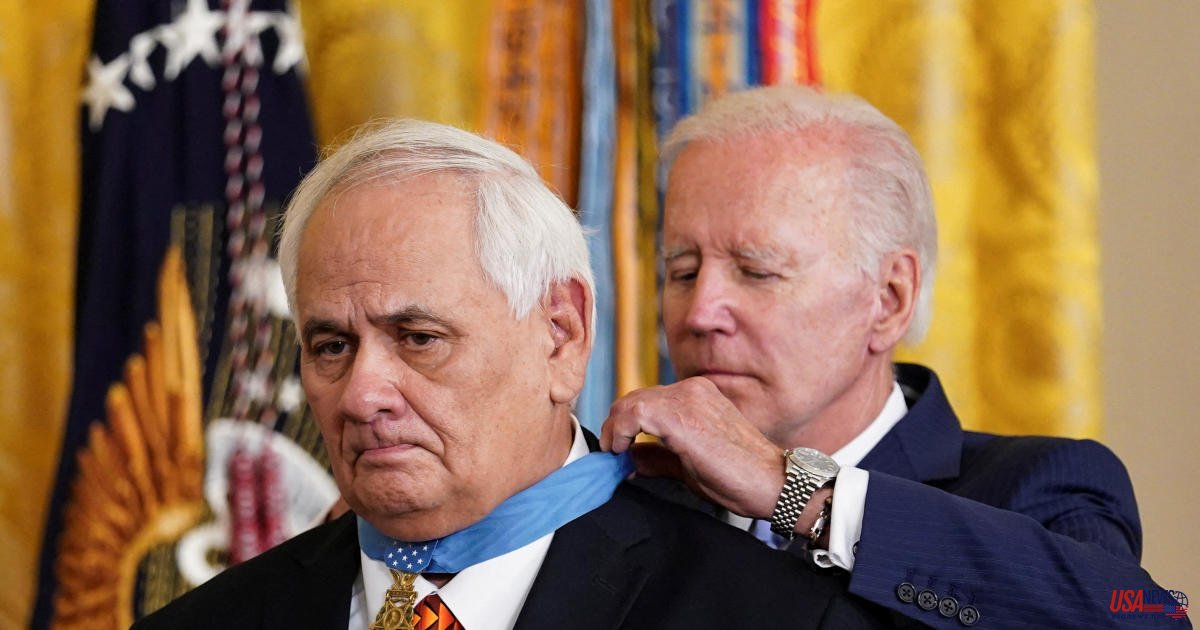 Washington -- On Tuesday, President Biden presented the Medal of Honor to four U.S. Army Soldiers who fought bravely in Vietnam War. He also recognized them for their valor at a White House ceremony.

The president stated, "They stood in danger'. "They risked everything to defend our country and our values. But not all service members have received the recognition they deserve. We are changing the record today. We are upgrading the awards for four soldiers who displayed extraordinary heroism during Vietnam's conflict.

Although the men had received other medals in the past, the president elevated them to the Medal of Honor -- which is the highest military decoration in the country. Biden told the stories of each soldier who bravely served.

Fujii was in a Medevac helicopter that crashed in 1971. He was still injured but refused medical assistance from another helicopter. He continued to care for the wounded soldiers until the morning. He was forced to flee from enemy attacks and called in U.S. helicopter gunships for help.

"Rather than risking the lives of his crew mates Specialist Fujii waved away the helicopter and told them to leave, remaining behind as an American on the battlefield," the president stated about one of Fujii's attempts to save his life.

Kaneshiro, who was leading an infantry unit in 1966, was attacked by North Vietnamese fighters. His rifle fire and grenades were sufficient to repel the attack, which allowed the rest of the unit to withdraw safely. Four months later, he was killed in combat.

Birdwell was a tank commander when his airbase was attacked in 1968. Birdwell managed to save his tank commander, and fired the tanks guns at the enemy. Birdwell sustained injuries to his head and body but refused treatment until he was able to evacuate other wounded soldiers.

Duffy sustained injuries in battle in 1972. He refused to be evacuated and instead moved closer to enemy positions in order to call for air strikes. Duffy was again wounded in battle but refused to be treated. Duffy assisted in moving the wounded to an evacuation site, and directing fire on other enemy positions as his position was under attack over the next 2 days. Duffy only boarded the helicopter after all other evacuees had boarded.

Duffy was described by the president as "when he was again wounded, he again refused to evacuate." He worked with the Vietnamese commander side-by-side to organize defense of the base.

On Tuesday, Mr. Biden honored the same commander at the White House audience.

Since taking office, the president has presented the Medal of Honor at eight times to servicemen, including the four on Tuesday. This ceremony was held just days after the passing of Hershel Williams, the last recipient for World War II service. Williams will be laid in honor at the U.S. Capitol next week.