What times those in which an American president could talk and negotiate amicably with a Russian leader, for others former president of the diabolical Soviet Union. 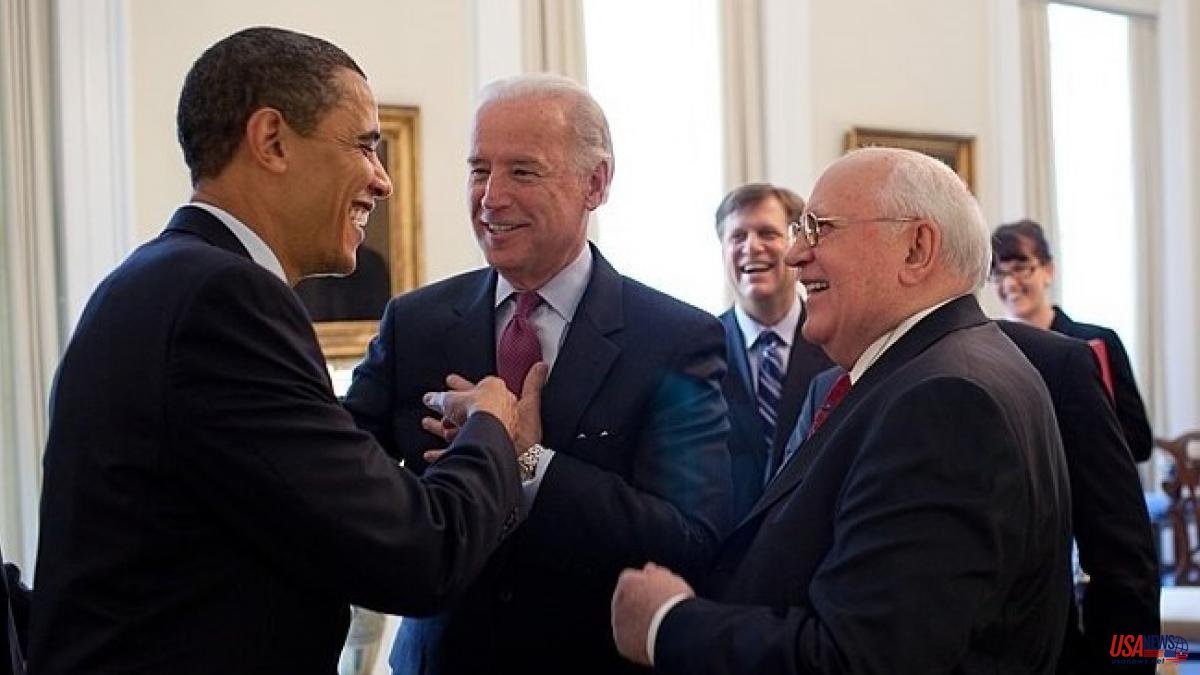 What times those in which an American president could talk and negotiate amicably with a Russian leader, for others former president of the diabolical Soviet Union. Joe Biden did not put it exactly this way, but it was possible to understand the praise that he dedicated last night to the figure of the late Mikhail Gorbachev for "the courage" and "the imagination" that he showed during his mandate and many years later.

The US president praised Gorbachev's courage twice. "When he came to power, the Cold War had lasted almost 40 years and communism even longer, with devastating consequences. And few high-level Soviet officials had the courage to admit that things had to change," Biden first said, at the beginning of his note of political condolences.

He was a "rare" leader, he said, "with the imagination to see that a different future was possible and the courage - he repeated - to risk his entire career to achieve it." As a result, what the promoter of Perestroika and Glasnost bequeathed us was "a safer world and greater freedom for millions of people," he added.

Biden recalled how in 2009 -the first of the eight in which he served as Barack Obama's vice president-, he had the opportunity to speak with Gorbachev, "for a long time" about the steps that both countries had been taking to reduce the nuclear reserves of one and the other: a work that the former Russian leader had inaugurated together with Ronald Reagan, he also recalled, "to the relief of people around the world who prayed for the end of the nuclear arms race." What times.

"Even years after leaving office, he was still deeply committed," the US president continued. Committed, he explained, to the cause of sea change: "After decades of brutal political repression, he embraced democratic reforms. He believed on glasnost and perestroika (opening up and restructuring), not just as slogans but as the way forward for the people of the Soviet Union after so many years of isolation and deprivation," he said.