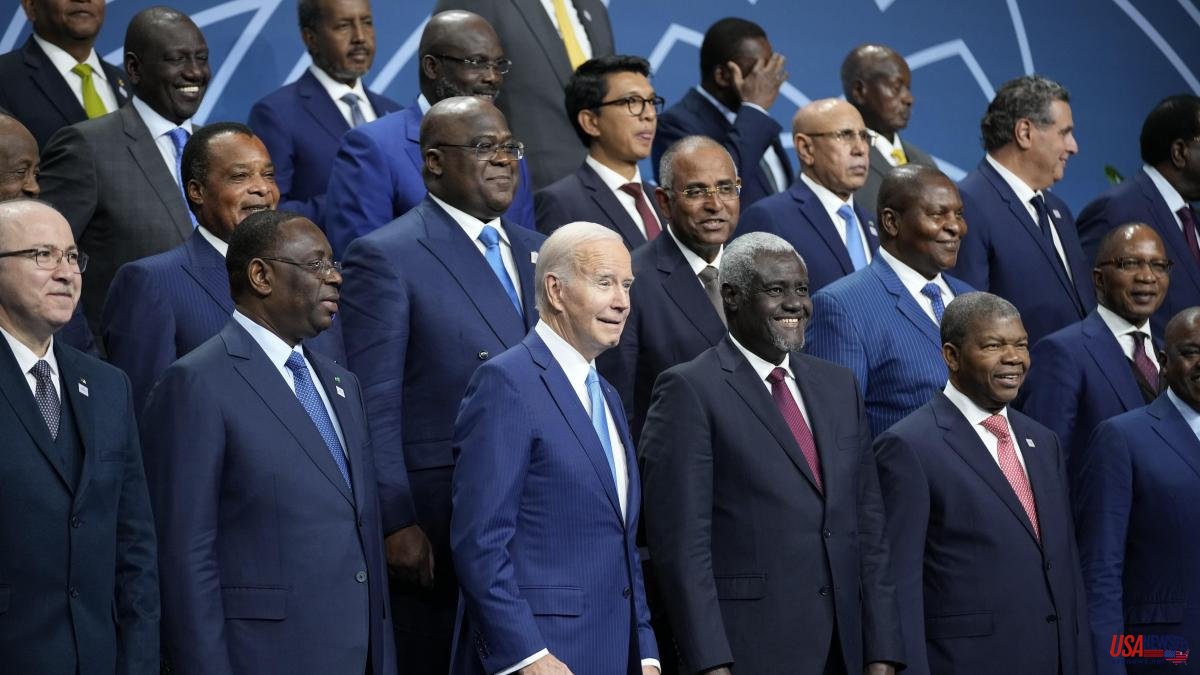 The president hosted for three days this week the leaders of 49 African countries (five were not invited because they came to power with military coups) to clearly express the message that they can trust the United States more than China or Russia.

Biden took advantage of this meeting to commit to spending 55,000 million dollars in the next three years, to reach dozens of deals and initiatives in areas such as technology, space, cybersecurity, food safety and the environment. She also guaranteed $2 billion for humanitarian aid, plus $11 billion in recent food announcements.

As proof of his goodwill, the US president remarked in the closing session that he will visit that continent next year. It will be the first time in a decade that a US president will undertake this journey and it was the way to underline that his country is going to increase attention and aid to that continent.

When it occurs, Biden will be the sixth president to make such a trip, to the sub-Saharan area, since the end of World War II. There were George H.W. Bush, Bill Clinton, George W. Bush and Barack Obama. Donald Trump, who denigrated them, never set foot in that territory.

“I am looking forward to visiting you. Some of you have invited me, but be careful what you wish for because I may show up," Biden joked. “I hope to see you in your countries”, he added. The effort does not stop with him, but in his deployment he will also send his wife, Jill Biden, Vice President Kamala Harris and the Secretaries of State (Antony Blinken), Defense (Lloyd Austin III) and Treasury ( Janet Yellen), among others.

This is a show of regret, after Trump insulted African countries as "shit holes" as well as an attempt to revitalize relations. USA. they have lagged behind other international competitors in a territory that represents the future due to its wealth of natural resources, its youth and its attraction of investment, without forgetting the need for its development to alleviate massive migrations to the West.

Above all, there is the threat of China, which since 2009 has surpassed the US and has become the largest trading partner of Africans, reaching 254,000 million dollars in business in 2021.

The increasingly close cooperation between the Asian giant and Russia has become the object of scrutiny, since their roles, in that of Beijing, raise suspicions in political domination.

The last of these summits in Washington took place in 2014. The Biden administration's turnaround is taking place against the backdrop of a certain urgency, prompted by a notable change in temper in US-Africa relations. “The reason behind this change is not far-fetched, the most predominant being a new reaffirmation by African leaders due to the changed diplomatic and strategic environment in the region,” said Ebenezer Obadare of the Council on Foreign Relations (CFR).

"While the differences between Africa and the United States over the Ukraine conflict have been fundamental, it is clear that they have simply brought to the surface tensions that were already dormant," he stressed.

Obadare remarked that these tensions emerged in African countries due to their discontent with "the self-righteousness of US foreign policy." This caused them to seek support elsewhere and to throw themselves into the arms of Russia and China, he clarified.

"Efforts by the United States to win back affection or, when necessary, strengthen existing ties with its African allies, have been based on underscoring the perceived ideological opposition between Washington and Beijing," he added.

Biden requested that the African Union have a site in the G-20, which would make cooperation in situations like Ukraine easier. But he insisted that he did not intend the meeting to be a ploy for them to choose between the US and China or Russia. "The United States will not dictate Africa's options, no one should," Blinken said.

“We have to work with Africa, we need you. We want this to be clear today and every day,” Biden said. “It's not just a show of good will, but we want to do the job,” he reiterated.

Despite the good reception, behind the scenes there were African leaders who had heard these promises before and were blown away by the wind.