"Pain is the price we pay for love. 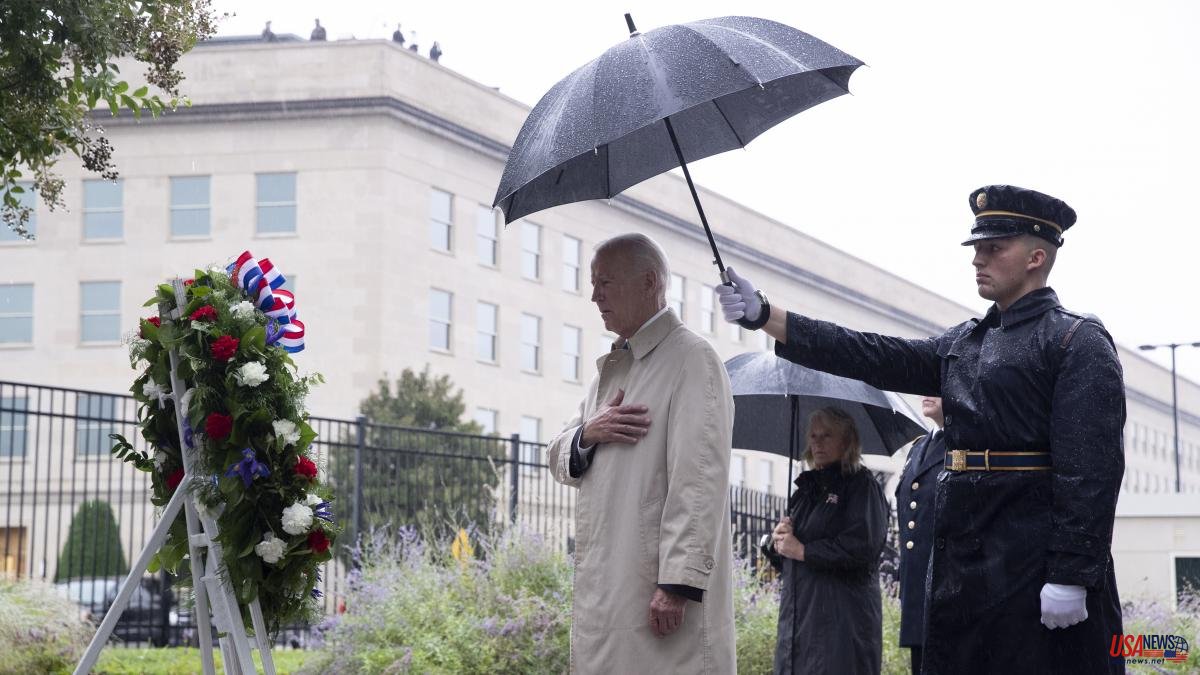 "Pain is the price we pay for love." This was one of the phrases that the recently deceased Queen Elizabeth II addressed to the victims of the 9/11 attacks in the United States twenty-one years ago. The message, read by the British ambassador Christopher Meyer at the funeral held on September 20, 2001 in the New York church of Santo Tomás, served Joe Biden yesterday to, with a literal quote from those words of the monarch, remember those who fell in Al Qaeda attacks.

“We will never forget, we will never give up. Our commitment to prevent another attack on the United States is endless," the US president also said. And he said that even more than a year after US troops left Afghanistan, his government is still hunting those responsible for the 9/11 attacks — a manhunt that just over a month ago resulted in death. , with a drone directed by the intelligence services of the country, of the leader of Al Qaeda, Ayman al-Zawahiri.

On this twenty-first anniversary of the largest terrorist attack suffered by the United States, Biden remembered the victims in the Pentagon building: one of the targets of the attacks. The president presided over the ceremony and floral offering accompanied by relatives of the fallen, rescuers who acted that day in the Pentagon itself and top officials of the Department of Defense. It was an especially sad act, under persistent rain.

"On this day, the price of pain is felt so much..." Biden said after his appointment with the late queen.

The leader combined his reminder of the victims with an implicit allusion to the country's internal problems. He did so without mentioning Donald Trump or the investigations against him for the assault on the Capitol and for the concealment of secret documents, but he did so with phrases that he had uttered days before when criticizing his predecessor: “It is not enough to defend democracy once a year or from time to time. That is something we have to do every day," he emphasized to insist on his call to Americans to protect and not take for granted the political system of rights and freedoms; a system that, in his opinion, Trump and his most extremist followers are threatening, as he stated ten days ago.

"So this is a day not only to remember," he added, "but also to reaffirm the resolve of each and every American in our devotion to this country and to the principles that the nation embodies, to our democracy."