Biden calls on Americans to 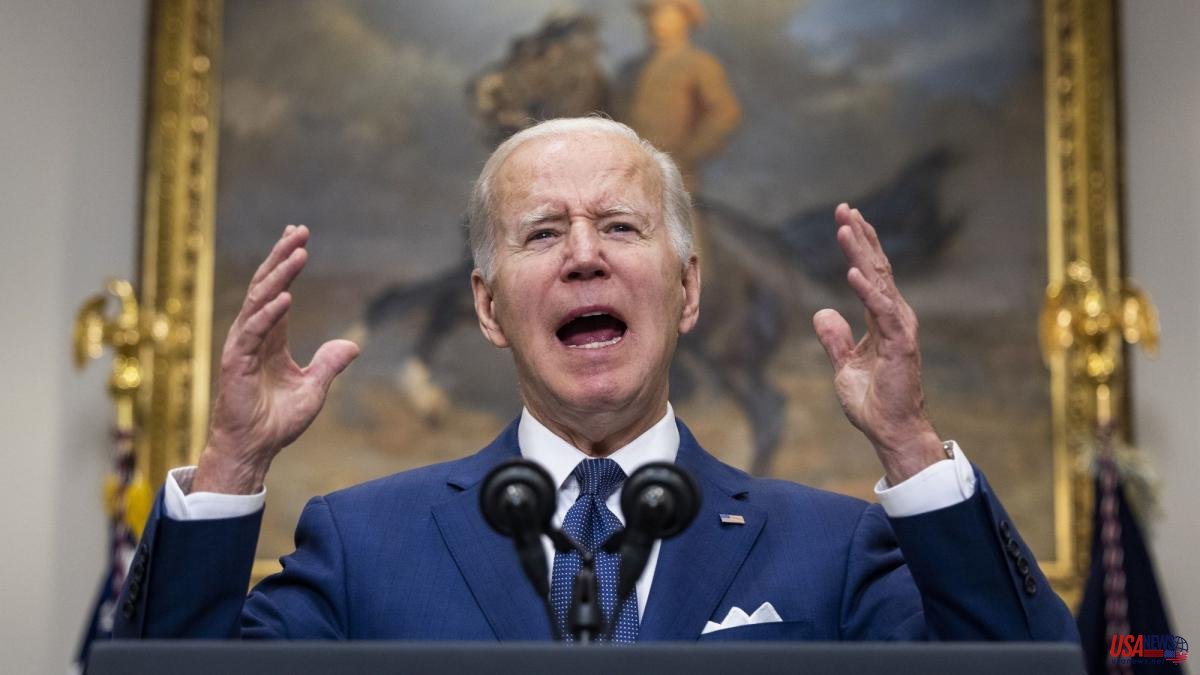 "I'm fed up. We have to act. We all know what to do!" Joe Biden exclaimed with an expression between indignant and remorseful in his appearance following the massacre at an elementary school in Uvalde, Texas. The president immediately specified the key to what, in his opinion, cries out to heaven to be done: "As a nation we must ask ourselves when, in the name of God, are we going to stand up to the arms lobby."

The president received the news of the tragedy when he was flying on Air Force One, returning from his trip to Korea and Japan, he explained. And then he told what had been going through his head since he was informed of the event.

The question to which the president was referring was why in no other country in the world does what happens in the United States so frequently happen - be it in schools, in supermarkets or on the street - when also in all those other places " they have mental health issues, domestic disputes, people who are lost."

The answer obviously lies in the consecration of the Second Amendment of the US Constitution, relating to the right to keep and bear arms, as if it were part of the Bible.

Biden recalled his efforts, throughout his long political career, to legislate against the purchase and indiscriminate use of almost all types of weapons by US citizens.

In 1994, when he was a senator from Delaware, the current president actually helped pass a law that banned assault weapons. The project went ahead by only 52 to 48 votes in the Upper House. But ten years later the text did not obtain the necessary ratification for its validity to be renewed. And the consequences were obvious.

Biden remembered it this way: "When we passed the assault weapons ban, mass shootings went down. When the law expired, mass shootings tripled." He added: "The idea that an 18-year-old can walk into a gun store and buy two assault rifles is just wrong."

Now the president would like a broader ban than the 1994 one, although he did not specify when or how he intends to press for it. But maybe it doesn't matter too much

Republican opposition to touching on the essence of the Second Amendment seems warranted once again. The first indication of this was the title with which the ultra-conservative and pro-Republican Fox network presented the information from the head of government's press conference: "Biden politicizes the Texas tragedy."