King Felipe VI received the President of the United States, Joe Biden, at the Torrejón de Ardoz air base, where Air Force One landed shortly after 3:00 p. 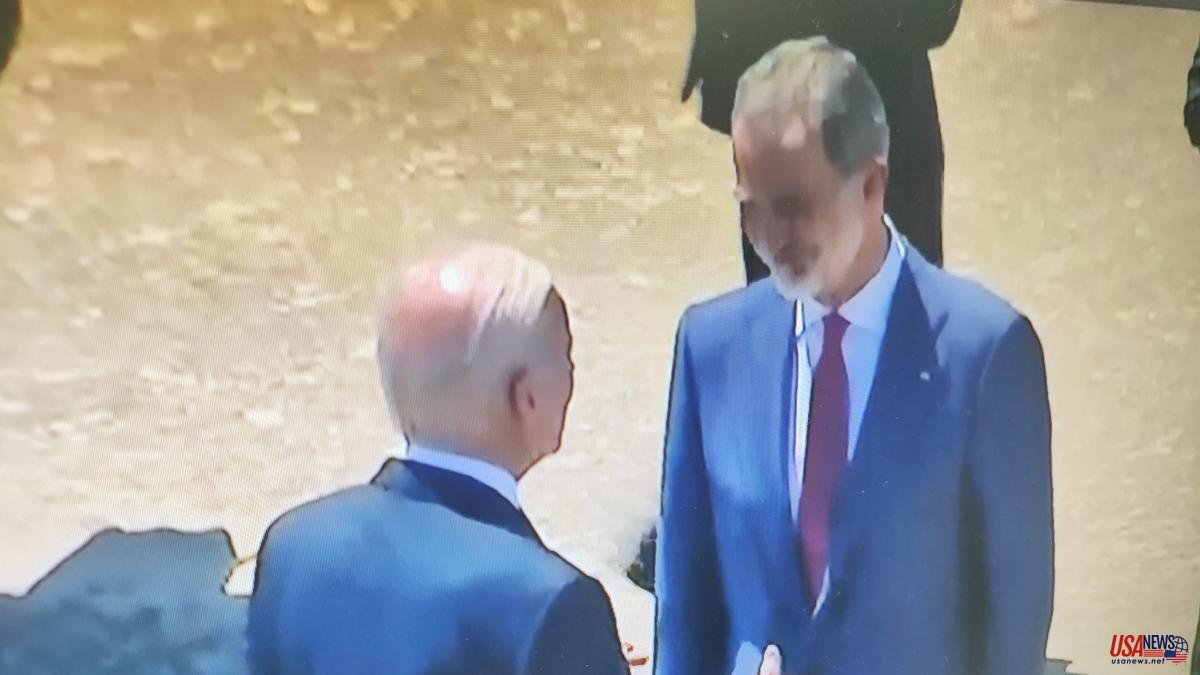 King Felipe VI received the President of the United States, Joe Biden, at the Torrejón de Ardoz air base, where Air Force One landed shortly after 3:00 p.m. from Germany after participating in the G7 summit. Biden, on his first visit to Spain as president, will participate in the NATO summit that officially begins tomorrow and will be marked by the war in Ukraine and that will approve the Alliance's priorities for the coming years.

The United States national security adviser, Jake Sullivan, has explained to journalists traveling with Biden on Air Force One that Washington will increase the destroyers at the Rota base and will close other specific Defense commitments, according to journalists covering usually the White House.

In the next few minutes, the US president will meet with the Prime Minister, Pedro Sánchez, in Moncloa and at the end of the meeting they will give a joint press conference. After that, Biden will meet at the Palacio de la Zarzuela with Felipe VI.

Sánchez, who today has already met with the Prime Ministers of Australia, Anthony Albanese, and New Zealand, Jacinda Ardern, has also toured the Ifema site, where the summit will be held with the Secretary General of the Atlantic Alliance, Jens Stoltenberg, to review the preparations.

This is a summit of "democracies that meet to defend democracy and the values ​​that unite us such as freedom, political plurality, respect for human rights and the defense of the rules-based international order", highlighted the president of the Government, in a joint press conference with Stoltenberg, who has described the summit as "historic".

Sanchez and Biden first met at the NATO summit in Brussels in June last year but only had a brief 50-second hallway conversation. A meeting that was televised, as the president's team wanted, to curb criticism from the opposition who argued that the fact that Biden had not contacted Sánchez in six months demonstrated Spain's loss of weight on the international stage. However, that conversation was branded by the opposition as "embarrassing ridiculous".

Subsequently, the two presidents have coincided in other international events such as the G-20 summit in Rome and a meeting last March in Brussels between Biden and the EU leaders, and they have held several telephone conversations.

The last of them on June 21 to discuss the agenda of the NATO summit and in which the president of the United States thanked the efforts of Spain for its organization.

They also spoke by telephone in August of last year, when they agreed that the Rota and Morón bases would temporarily house Afghans who had collaborated with the United States and who were being evacuated from their country before the Taliban came to power.

Biden is already the tenth US president to visit Spain. The previous one to do so so far was Barack Obama in 2016.