The Spanish turnismo, the caciquil alternation in power at the end of the 19th century and the beginning of the 20th between the conservatives of Cánovas and the liberals of Sagasta, had other versions. 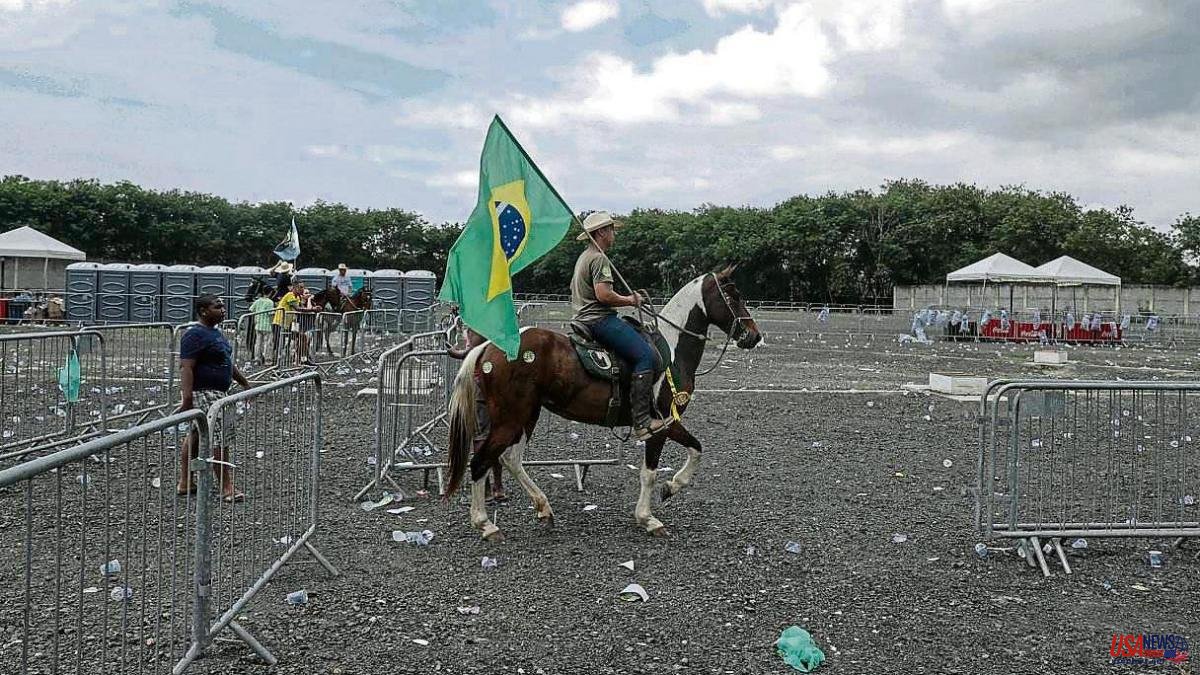 The Spanish turnismo, the caciquil alternation in power at the end of the 19th century and the beginning of the 20th between the conservatives of Cánovas and the liberals of Sagasta, had other versions. One was the Portuguese rotativism, the succession of regenerative and progressive governments in the last decades of the monarchy, overthrown in 1910. In Brazil at the time, this type of oligarchic regime acquired a territorial dimension. It is known as the one with cafe com leite, coffee with milk, in reference to Minas Gerais, which was the state of milk, and São Paulo, the one with coffee. In principle, today's election will be decided geographically in them.

São Paulo has almost as many voters as Spain without counting expatriates, 35 million. It is a complicated state for the Workers' Party (PT), Lula's, although it was where it was created. Four weeks ago, coffee was with Bolsonaro, who beat Lula by seven points and almost 1.7 million votes. Although there are large pockets of poverty, there is also a middle class that does not forgive the former president for the corruption scandals that led him to spend 580 days in prison until he was exonerated for irregularities in the process. In São Paulo there is today the second round for governor, which must be won by the candidate close to the far-right Bolsonaro, who needs to grow.

With its 16.2 million voters, Minas is the second state with the most census. This time its strategic nature, which led the two caravans to focus a good part of their route on it, is not only based on the fact that it is used to reproducing the general result of Brazil. In theory, it constitutes a propitious terrain for ex-captain Bolsonaro to penetrate the leftist lines of Lulismo to reverse the five-point disadvantage in the country as a whole that he had on day 2. Then the milk of Minas was taken by Lula, by almost five points. Bolsonaro intends to turn it around with the support he received from the elected governor, Romeu Zema.

These two states, Rio de Janeiro, with its 12.8 million voters, and Espírito Santo, with 2.9, form the Southeast region, which concentrates 43% of the census. In second place, with 27%, appears the Northeast, which includes, among other states, Bahia and Pernambuco, where Lula was born. This region, historically characterized by its poverty, constitutes the great fiefdom of the PT, with results above 60% and advantages of 30 points or more over a Bolsonaro who has tried to grow.

In this continental country, 17 times larger than Spain, the sociological dimensions of the electorate are fundamental. In these presidential elections, the nun has stood out, at a critical moment for the Catholic Church, threatened with losing in a few decades its traditional primacy in Brazil against the rise of evangelical groups. The datafolha demographic company estimates that they represent a little more than a quarter of the electorate, but they constitute a great shock force for Bolsonaro, with more than 60% and a 30-point advantage over Lula, who would win by 16 points among Catholics, Half of the population.

Bolsonaro's irrepressible misogyny, except in recent weeks, creates a serious problem for him with women's suffrage. If only they voted, according to Datafolha, Lula would win by 11 points. Bolsonaro does not make up for it with his two point lead among men. The leftist imposes himself among the poor, blacks and mestizos and the extreme rightist, among the whites and those who earn more.

After the big skid in the polls in the first round with the president, added to that of four years ago, there is a climate of skepticism with the advantage, of about 6 points, now attributed to Lula. If he wins, in addition to the outgoing president transferring power to him, his big political problem will be the risk of impeachment, of removal, by a very right-wing Congress, which has already brought down two presidents since 1989. If Bolsonaro wins, the big issue will be democratic involution.

He has already threatened to increase the number of Supreme Court judges by four, which he would appoint, as the military dictatorship did. Thus he could undertake an emptying of democracy, perhaps in the style of Fujimori's Peru. It is a dramatic election, between two candidates with a high social rejection. Since the dictatorship, the president has always achieved re-election, which would favor Bolsonaro. But he always won the one who prevailed in the first round, which was Lula.