Between El Bosco and the 'Rue del Percebe' 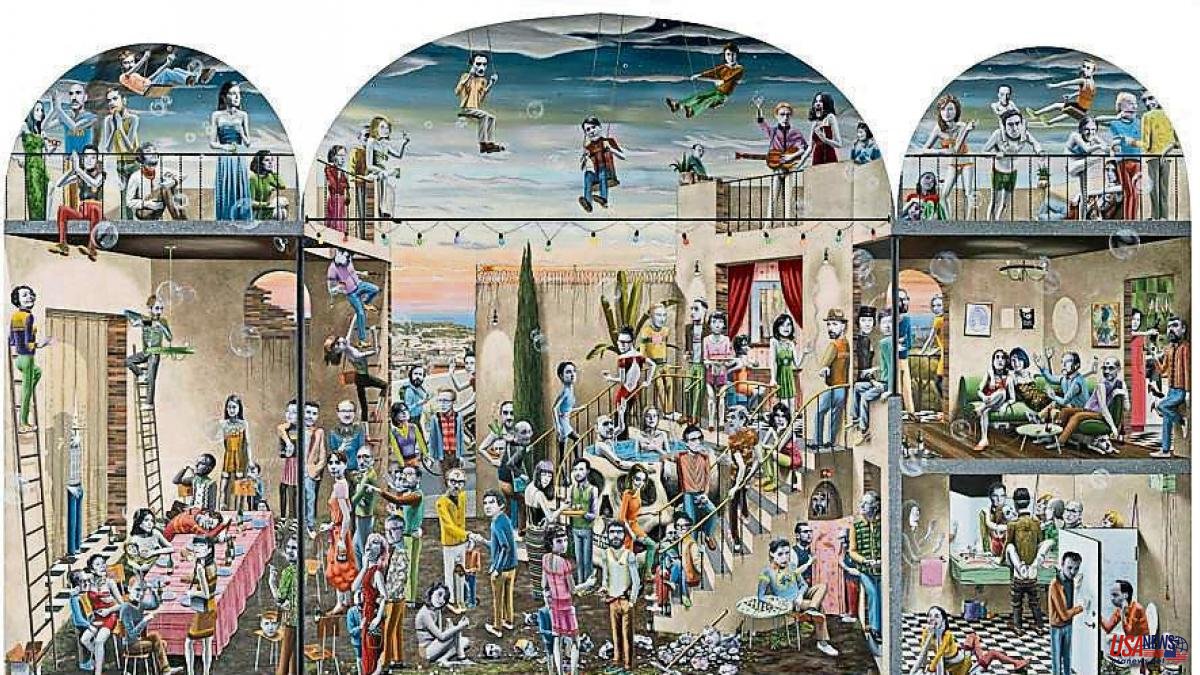 The MNAC's offer of temporary exhibitions this summer is varied and successful: Benet Rossell, Carracci, Jordi Bernadó... The most important exhibition is the one dedicated to William Turner (until September 11). Organized in collaboration with the Tate in London, Light is Color brings together a hundred works. They are romantic panoramic landscapes, which focus on the four elements of nature and their interrelationships. Especially in sunlight, which is fire, in contact with air, water and natural or architectural stone. Turner's achievements are pictorial, as befits his time (1775-1851). They anticipated 20th century impressionism and abstract painting and I can't help but wonder what kind of images he would have been able to achieve in the age of video, film and photography.

Another outstanding sample is the presentation of the great altarpiece by Gino Rubert Vanity Fair. An altar without a hero (until September 8). It is an unusual experience to be able to contemplate this current altarpiece (2020-2022) in a room of the permanent exhibition dedicated to Gothic altarpieces. It is the room of this kind that Rubert paints. This time, the 181 characters that appear, with photographic faces and painted bodies, represent a part of the Catalan pictorial scene. The altarpiece is a suggestive, multiple, unreal and accurate collective portrait: something between Bosco's Garden of Earthly Delights and Ibáñez's Rue del Percebe. And with a vanitas character, as expressed by some soap bubbles blown from the roof. Gallerists appear who torture painters, a Barceló who chases a museum director who locks himself in the bathroom, characters in the form of a fragment of ruin, or a Llimós with an E.T. , which is headed to a kind of hell.

The architects. Let's ask ourselves, for a moment, what New York would be without the best skyscrapers in Manhattan. Or what would Barcelona be without Gaudí. Or Bilbao without the Guggenheim museum, by Gehry. Beyond the extraordinary, iconic and attractive architecture, we are all affected by architecture, also the normal and ordinary, or the uneducated and therefore wrong. Only some contemporary architects are considered as references. Llàtzer Moix's book Word of Pritzker , published by Anagrama, brings together conversations with 23 winners of the main international prize for architecture, a discipline not considered in the Nobel prizes. Word of Pritzker is such a necessary book that it even seems unbelievable that it was waited until 2022 to publish it. It is a valuable and enduring testimony, a book that will prove essential for young architects and for those who consider that the great creators of the 20th century include architects such as Oscar Niemeyer, Alvar Aalto, Mies van der Rohe, Le Corbusier and Frank Lloyd Wright.

The list of interviewees by Moix covers different modes and styles and represents excellence in architecture in recent decades. It begins with Frank Gehry and continues with Álvaro Siza: Is it possible to start better?... The most experimental are not lacking (Herzog