The British duo The Chemical Brothers, made up of Tom Rowlands and Ed Simons, returned to Sónar as the main headliners of the 29th edition of the festival. 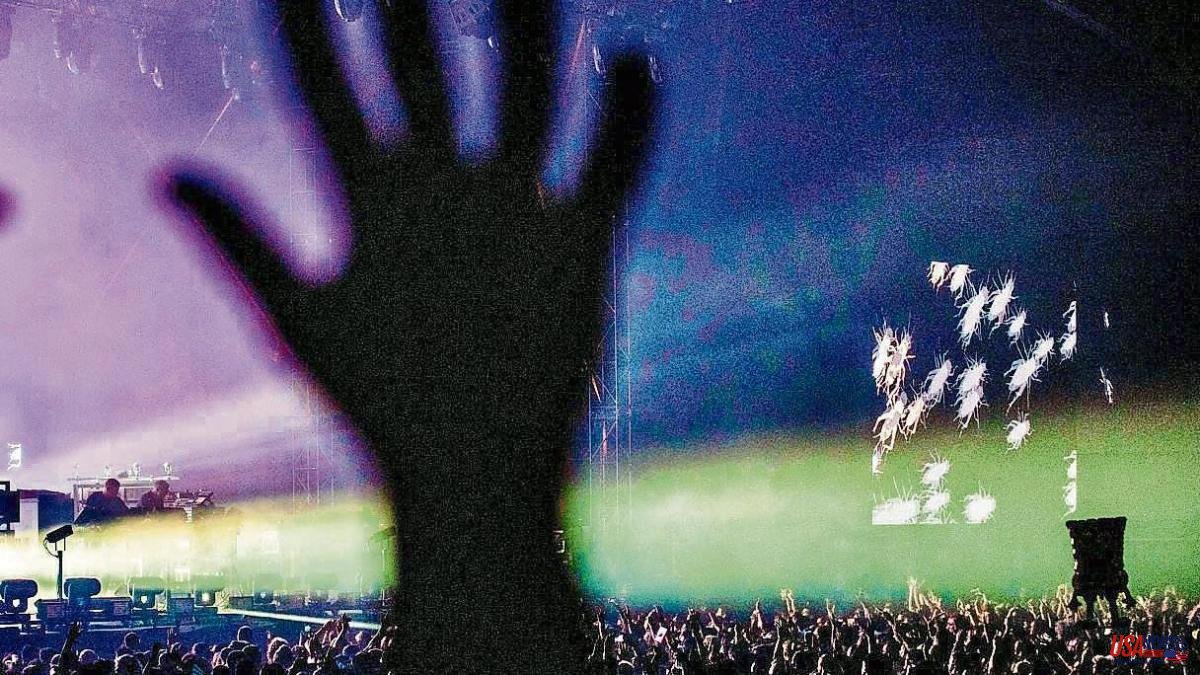 The British duo The Chemical Brothers, made up of Tom Rowlands and Ed Simons, returned to Sónar as the main headliners of the 29th edition of the festival. They celebrate the 25th anniversary of their second album, Dig your own hole, with which they achieved their first number one thanks to Block rockin' beats, a song with which they open their concert. Strangely, the setlist was conspicuous by its absence of the new song The darkness that you fear , released last year when the pandemic restrictions were loosened.

But, beyond the specific themes, what really fascinates about his proposal is the interaction of the music with the visual elements, in a spectacular staging in which the two enormous robots that illustrate Under the influence were not lacking, nor endless detailed projections in high definition that gave his show a character of psychedelic techno. With phases in which the public, which packed the main stage of the SonarClub, literally went crazy in a collective catharsis worthy of sociological study. His effective big beats are wrapped in a visual poetics that does not hesitate to resort to manga aesthetics or polyhedral dancers who seem to have come out of a Bauhaus school ballet, not to mention the colorful stroboscopic images, or some theater-specific masks classical greek. All attention to detail, combining a fondness for robots with ethereal butterflies or parades of drummers, and filmed in a way that it seems that the images come out of the screens.

TCB's performance overlapped with that of the Venezuelan Arca, another regular name at the festival. On this occasion, it was preceded by the impressive edition of the five volumes of the experimental albums Kick, plus two new songs, El alma que te traró and Caó, and a remix of the classic Big science by Laurie Anderson. With these credentials, she appeared on the SonarPub stage to offer a completely improvised performance that began with the medley of the explicit Prada and Rakata, full of verses that define her very well, such as: "How rare/ay how rare" or that one so explicit of “that I eat the world now/with this desire to fuck”.

Dressed in long boots with pointed heels and a bodysuit that quickly exposed her breasts, she continued with El alma que te brought , a reggaeton and another sex bomb full of libidinous stanzas, and Incendio, rapped at full speed, like tongue twisters, with a "flow of burning fire". She ran wild, she got on the equipment that she then used to DJ, before ending up asking permission to improvise a slow melody on the keyboard that left clubbers wanting accelerated beats stunned. She genius and figure in what was a totally insane show.

Just as noteworthy on the last night shift was the extensive session, lasting six hours and four hands, which the duo Scorpion Kings starred on the SonarCar stage, alongside the well-attended bumper cars. It's the name under which Kabza de Small and DJ Maphoriza hide, South African DJs and producers and champions of amapiano, a new style of electronic dance music that emerged in the townships that is causing a furor in Africa and beyond. Some warm and spatial sounds, of which we had another good sample, the previous day at the daytime Sónar, with the presence of the singer and dancer, also South African, Kamo Mphela, baptized as the Queen of the amapiano.