Between 150,000 people, according to the Guàrdia Urbana, and 700,000, according to the organizers, have participated in the pro-independence demonstration called by the Catalan National Assembly (ANC) on the occasion of the Diada of September 11, although with the significant absence of the visible heads of CKD. 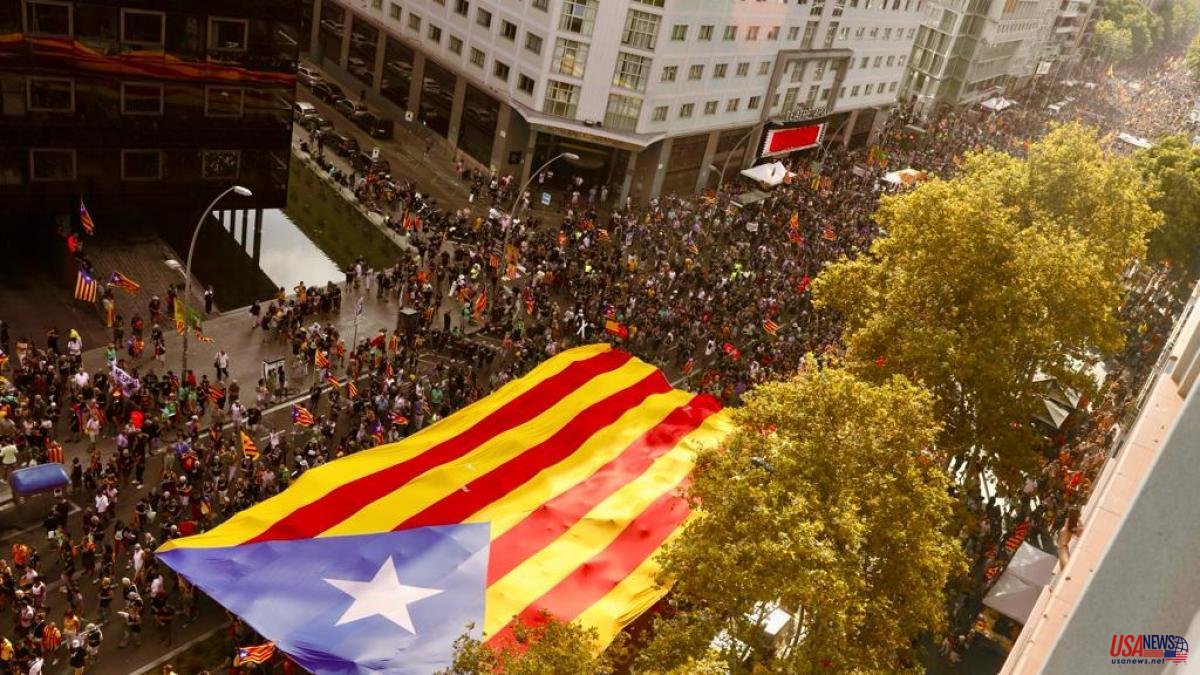 Between 150,000 people, according to the Guàrdia Urbana, and 700,000, according to the organizers, have participated in the pro-independence demonstration called by the Catalan National Assembly (ANC) on the occasion of the Diada of September 11, although with the significant absence of the visible heads of CKD.

The demonstration, whose head started at 5:14 p.m. from Paral·lel avenue (referring to the year 1714), arrived at the Francia station at 6:15 p.m. The pro-independence rally has tested the mobilizing force of the pro-independence movement, at its moment of greatest division, after the clash between the ANC and an ERC which, in an unprecedented decision, has distanced itself from the mobilization due to its critical approach to the strategy of dialogue of the Government of Pere Aragonès.

One of the outstanding features of this year's mobilization has been the critical character against the action of the political parties, an attitude that has resulted in the absence of ERC. The criticism has manifested itself in many of the banners carried by the protesters, which included denunciation phrases that did not spare adjectives such as "botiflers", "liars" or "traitors". Others recalled the 52% pro-independence vote in the Parliament and wondered what the point of achieving that goal had been. Others offered more pessimistic messages such as "It's not that, folks, it's not that." And others were more exhaustive: "Independence or resignation."

In addition to the announced absences of the Catalan president, Pere Aragonès, and the ERC councillors, neither Oriol Junqueras, nor Marta Vilalta, nor other important leaders have attended the demonstration, so the ex-president of the Parliament Carme Forcadell will be one of the few visible faces of the party on the march. Just before the start of the march, the president of the ANC, Dolors Feliu, assured that the absence of Aragonès "has not had the effect of demobilizing the people".

Also Jovent Republicanà, the youths of ERC, have converged with the demonstration of the ANC at the height of the Estación de France, although sources from this youth organization point out that they share the assessment made by their party on the call.

Those who have attended the demonstration have been the members of the JxCat staff, including the general secretary, Jordi Turull, the president, Laura Borràs, and ministers such as Jordi Puigneró or Jaume Giró, as well as Xavier Trias, former mayor of Barcelona, received by his companions with shouts of "mayor".

The mobilization -which this year had the motto "Tornem-hi per vèncer. Independència" (Let's go back to win. Independence)- had been losing steam in recent years: in 2019 the Urban Guard estimated 600,000 attendees and in 2021, coinciding with the pandemic, they fell to 108,000, far from the records prior to 1-O.

In addition to the figure of 700,000 attendees estimated by the ANC, another indicator of this year's success, according to the same entity, is that 240 coaches have been chartered to bring protesters from different parts of Catalonia, somewhat above the little more than 200 coaches from last year, although far from the 1,300 of 2019.

At the same time, about 1,500 people, according to the Urban Guard, have demonstrated in Barcelona in the traditional march called by the CUP and the independentist left on the occasion of the Diada, a protest in which a group of hooded men set fire to a photograph of Pedro Sánchez with Pere Aragonès.

The demonstration, in which, according to the CUP, 8,000 people have participated, began in Plaza Urquinaona in Barcelona - the epicenter of the riots in the October 2019 protests against the procés sentence - and ended, as usual, in the Barcelona neighborhood of El Born.

Although the tradition is usually to burn images of the King as the culmination of the march, on this occasion the hooded men have set fire to a large photograph of a meeting between the Spanish and Catalan presidents, on one of the sides of Paseo Lluís Companys in Barcelona. The demonstrators have acclaimed the burning of photographs, between proclamations such as "Neither France, nor Spain, Països Catalans" or "Esquerra and JxCat, patience has run out".

During the course of the demonstration, which was attended by deputies from the CUP in Parliament and Congress, several groups of protesters have painted on the walls of some buildings, with slogans such as "Fire for capital", "Spain = Fascism " or "Independence or submission". 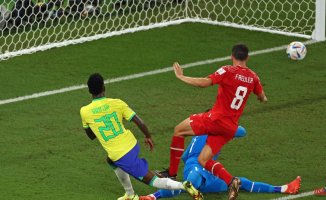 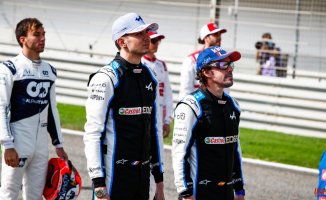 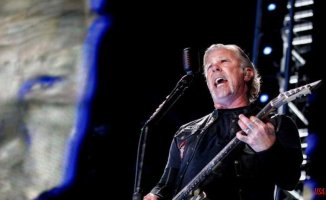