Betis ends Villarreal's unbeaten run and is in Champions positions

Betis beat Villarreal in the star duel of the day. 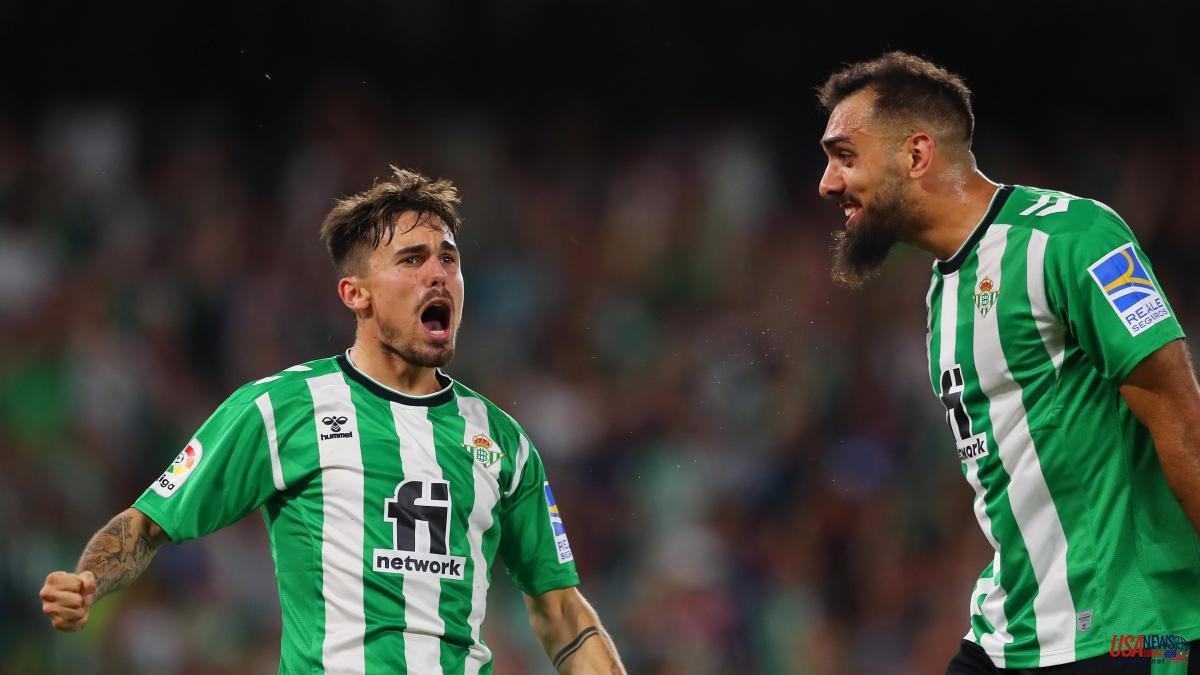 Betis beat Villarreal in the star duel of the day. A solitary goal from youth squad Rodri at match time was enough for Manuel Pellegrini's men to gain a foothold in the noble zone of the table and put an end to Villarreal's unbeaten streak, a direct rival who had not yet conceded a goal either (1-0 ). Now Barça is the only team in the League that has not had to get the ball out of their nets.

Beyond the result, the other bad news for the groguets was the injury of Gerard Moreno, who had to retire at the beginning of the second half due to a muscular problem. The Catalan striker is still jinxed with injuries.

In the first part it was the visiting team that dominated the situation better and enjoyed the best chances to score, but forgave, while in the second Betis came out with one more gear and scored the goal that gave them the victory and stayed after the fifth day in Champions positions.

It was an important test for two teams that have started the championship very well and that do not hide their aspirations to be at the top of the table this season in the dispute to get back into continental tournaments, in which both also started on Thursday. their walk on the right foot, in the case of the Sevillians in the Europa League and in that of the Castellón in the Conference League. The two also appeared in the Andalusian capital with casualties, as in Betis that of midfielder Nabil Fekir, who was injured last week at the Santiago Bernabéu, and those of Juanmi Jiménez and central defender Víctor Ruiz, who left the game with ailments of the Europa League last Thursday in Helsinki.

Villarreal could not count on the injured Alberto Moreno, Arnaut Danjuma, Pepe Reina and Juan Foyth, who were joined this week by Manu Trigueros, who also came out of the European match diminished, although the eleven that Villamarín was the usual of the meetings of the first days of LaLiga. Everything equal that the clash was presumed to be translated into respect in the first bars, as a kind of trial to know the rival's disposition, but with the passing of the minutes and more due to errors in the ball's exits, the first approximations arrived with danger.

The local team began with shots from Brazilian winger Luis Herique and midfielder Sergio Canales and the visitor replied with a double shot in the same play by Gerard Moreno and Senegalese Nicolas Jackson.

The best of all until then came from Unai Emery's team and in the boots of an ex-Betic, the Argentine Gio Lo Celso, and Gerard Moreno, but the former did not know how to define only against the Portuguese goalkeeper Rui Silva and the latter did not. He was resolute inside the small area. Villarreal forgave before the first half hour was up and after the break for hydration Betis sought to be more protagonist with the ball to give play to its wingers and also Borja Iglesias, and thus forced several corner kicks that put them in trouble their rivals, although once again it was the visiting Jackson who was unable to resolve against Rui Silva before the break.

In the second half, Gerad Moreno (m.52) was soon injured and Villarreal lost one of its most active men in attack and this coincided with a step forward for the team coached by Chilean Manuel Pellegrini, who had more depth and who through Borja Iglesias created a dangerous play, but the ball went wide.

Who was more precise a quarter of an hour after the restart was Rodri after a sensational serve from Luiz Henrique, which also meant the first goal that Villarreal conceded in the current league championship. With a long game still ahead of them, Betis knew how to control the game and the minutes against a rival that did not find the resources to score and take at least the tie.

Incidents: Match of the fifth day of LaLiga Santander played at the Benito Villamarín stadium before 53,276 spectators. Before the match, the squad for the 2022-23 season of Coosur Betis, the Endesa Basketball League team, was presented on the pitch. Striker Borja Iglesias, for his part, showed the trophy for best player in LaLiga to the stands last August. A minute of silence was observed in memory of the Betis player between 1973 and 1977, Fernando Lobato Romero, who recently passed away.