Bernd Reichart: "The European Super League is not dead but very much alive"

"The European Super League is not dead, but very much alive", this is how Bernd Reichart, the CEO of A22 Sports Management, the promoter of the European Super League, began his speech at an event organized in Madrid by the Europa Forum and attended by Joan Laporta, president of FC Barcelona and Florentino Pérez, the one from Real Madrid. 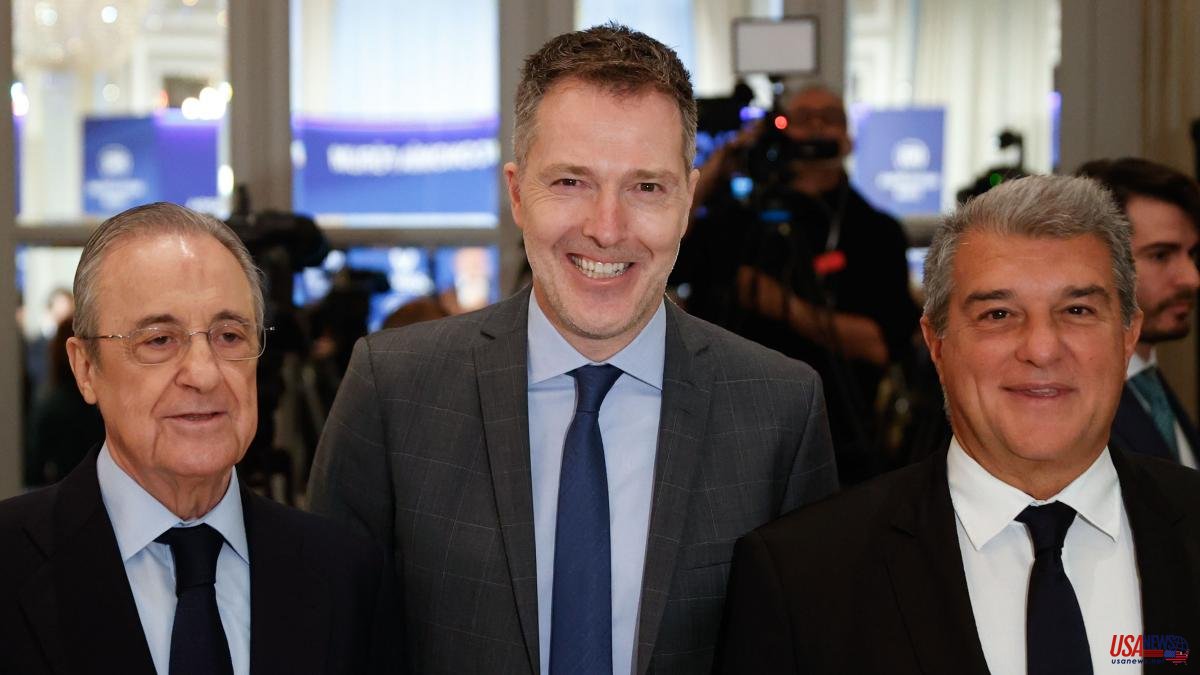 "The European Super League is not dead, but very much alive", this is how Bernd Reichart, the CEO of A22 Sports Management, the promoter of the European Super League, began his speech at an event organized in Madrid by the Europa Forum and attended by Joan Laporta, president of FC Barcelona and Florentino Pérez, the one from Real Madrid. A representative of Juventus was missing, the other team that has not yet been downloaded from the project. Reichart's words of optimism contrast with the setback given yesterday to the European Super League by the general counsel of the European Court of Justice, who in a non-binding report clearly agreed with UEFA, according to the analysis of all observers.

Everything is now at the expense of the court's decision, which is expected next spring. In 80% of cases the court follows the lawyer's recommendations.

Bernd Reichart did not want to comment on the question of what they would do if the court denied them the reason. He rather refused to consider such a possibility. "We are working because we want to improve football and for this we are talking with all the parties. We want to return the enthusiasm and give a more appropriate economic structure to this sport," he said.

The opinion of the CEO of A 22 was supported by the lawyer Luis Alonso, managing partner of the commercial area of ​​the Clifford Chance law firm, who wants to see a first defeat for UEFA in the precedent of the Bosman case.

Alonso wanted to extract a positive reading from the report of the general counsel of the European Court: "He recognizes that anyone can organize competitions. For the first time. He cannot say it louder. He is telling UEFA that it has to adapt to a transparent system."

For Alonso, "you have to understand that UEFA is only a private association. We have sued them for their very serious threats. It will be the first time that this UEFA system is going to be analyzed. We are happy that this case can be discussed , because the intention of UEFA and FIFA was that it did not arrive nor to judge", commented.

For Reichart, "our project is not exclusive, as has been said. We still do not have a competition format because we must first know the legal framework in which we operate. But we are not going against the national leagues, as has been said. Quite the contrary: we will grow together."

In Reichart's opinion, the situation is changing: "The UEFA system has existed for the last 70 years. In recent weeks we have spoken with 30 clubs and they are losing their fear. They want a change in governance and financial control, a fair play that the clubs-State really have to comply with" (Manchester City or PSG), assured the CEO of A22.

Reichart defends the Super League with an already repeated argument: "We need to offer innovative formats, in Europe the best football is only seen from the quarterfinals, from April to May. Everything goes down, the audience, the circulation of sports newspapers … Soccer no longer competes with cycling or basketball, it competes with Netflix or Amazon Prime,” added Reichart.