Karim Benzema, Real Madrid's French striker, has not affected his right knee and suffers a double injury to his thigh, as revealed by the medical tests carried out late in the morning. 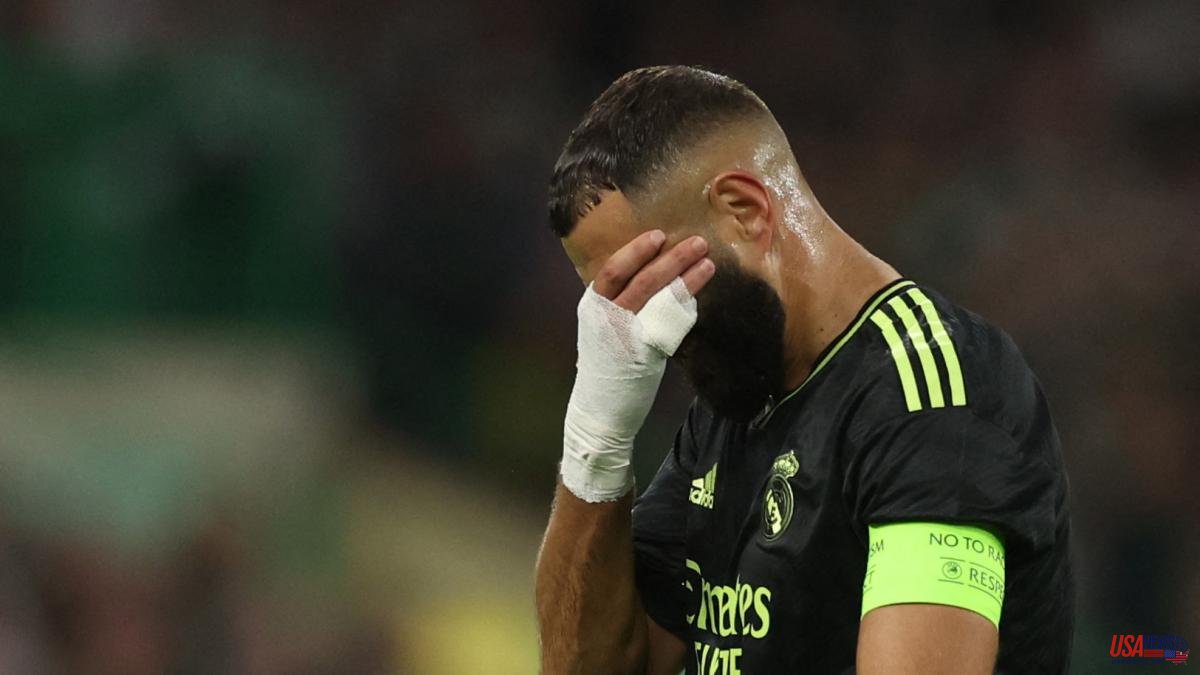 Karim Benzema, Real Madrid's French striker, has not affected his right knee and suffers a double injury to his thigh, as revealed by the medical tests carried out late in the morning. Benzema will miss the Metropolitano derby against Atlético de Madrid in LaLiga Santander, as well as the previous game on matchday five against Mallorca at the Santiago Bernabeu stadium. He will also not play the second day of the Champions League against Leipzig.

"After the tests carried out on our player Karim Benzema by the Real Madrid Medical Services, he has been diagnosed with an injury to the semitendinosus muscle and an overload on the quadriceps, both in the right thigh. Pending evolution," reads the report released by the club

Benzema damaged his right knee in a bad gesture at the start of the race to launch a counterattack when Thibaut Courtois gave him a pass. He immediately felt a strong pain that made him limp and his bad feelings made him ask for the change to the bench. He endured while the change was prepared, with the entry of Eden Hazard, but he retired with gestures of pain. After the match he left Celtic Park without a limp.

The rotations that Ancelotti had in mind to face Mallorca on Sunday at the Santiago Bernabeu stadium will leave Benzema out, who could also miss the Champions League match against Leipzig and the derby against Atlético de Madrid on September 18 at the Cívitas Metropolitano (9:00 p.m.). He will not attend France during the national team break either and the idea is that he will be available for the duel against Osasuna on October 2

Militao, meanwhile, was changed at the break. The Brazilian had limped due to a muscular mishap in his left leg and Ancelotti, who explained that he was confident it would not be a big deal, preferred not to risk it. The footballer has undergone an ultrasound in which no injury appeared in the hamstrings of his left leg. On Thursday they will do an MRI but it is most likely that he will rest against Mallorca.