Benzema resurfaces with a brace

Real Madrid re-enlisted in the League with a long-suffering victory tonight at the Nuevo Zorrilla against a Valladolid team that put up a lot of resistance and had its chances. 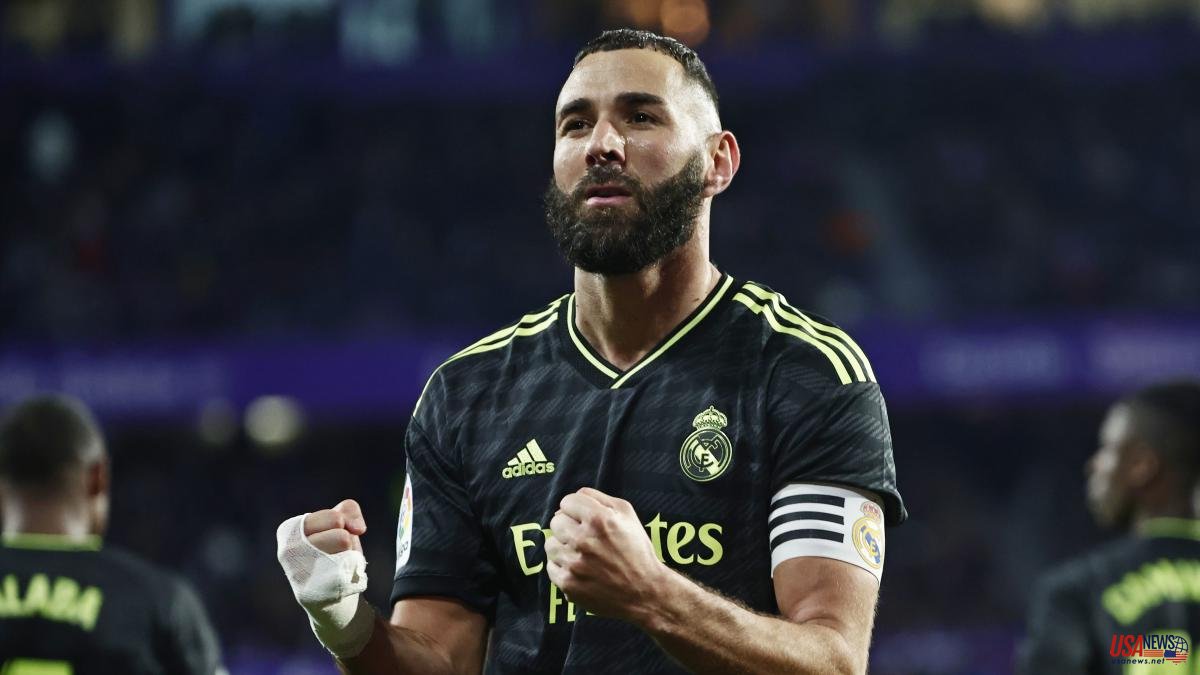 Real Madrid re-enlisted in the League with a long-suffering victory tonight at the Nuevo Zorrilla against a Valladolid team that put up a lot of resistance and had its chances. The match had a bit of everything and Carlo Ancelotti's team unbalanced it with a penalty awarded by the VAR by Javi Sánchez in the 81st minute. Already in the first half there was another claim for a penalty from the whites by Javi himself Sánchez that on that occasion neither the referee Munuera Montero nor Gil Manzano from the VOR room attended.

Madrid showed that, unlike last season, they are weak in the areas. Back continues to concede a lot. Benzema ended up scoring a double but at this point he had 17 goals and today, nine. In Valladolid he missed one of the easiest goals of his long career.

Ancelotti brought out the team that was expected, with three of those who went the furthest in the World Cup on the bench, two of them presumed starters, such as Tchouaméni and Modric.

All this forced a tactical readjustment that did not work. Kroos played five, a position that he does not like and Valladolid had spaces for counters. Valverde was once again a midfielder and it seemed more when he played as a right winger. Vinícius was the whites' offensive weapon par excellence and Asensio, as a starter, went largely unnoticed.

The party had its controversy very soon. A center from Ceballos was intercepted by the raised arm of Javi Sánchez. Madrid insistently asked for a penalty, even from Ancelotti, who is not one of those who demands much. He was of no use to her.

In the first half, Madrid had little more than a chance from Benzema, who in a good position sent the ball over the crossbar after a shot from Asensio and a rebound from Masip. Valladolid grew after half an hour. Aguado forced Courtois to make a great intervention to avoid the Pucelano goal, which the Belgian repeated midway through the second half with another save on a header from Sergio León.

The second part was quite boring, with hardly any scoring chances. Madrid was in control of the game, but could not find any openings to do damage. Rüdiger had the best chance with a header that went wide.

In the middle of a game crisis and when the goalless draw was beginning to be guessed, Madrid found the goal in minute 81 in other hands of Javi Sánchez in the area. Munuera Montero this time went to the VAR monitor and awarded the penalty, which Benzema launched. Moments after the goal, Sergio León was sent off for saying something to the referee, which further outraged the public, already very hot because of the penalty. Benzema would still score a second goal after Camavinga's play. The French striker finished with a brace and MVP of the match. He left Madrid leading Zorrilla.