The return of Karim Benzema, injured on September 7 in Glasgow, is the main novelty for Real Madrid, which this Sunday (9pm) hosts Osasuna at the Bernabeu, which has a new pitch. 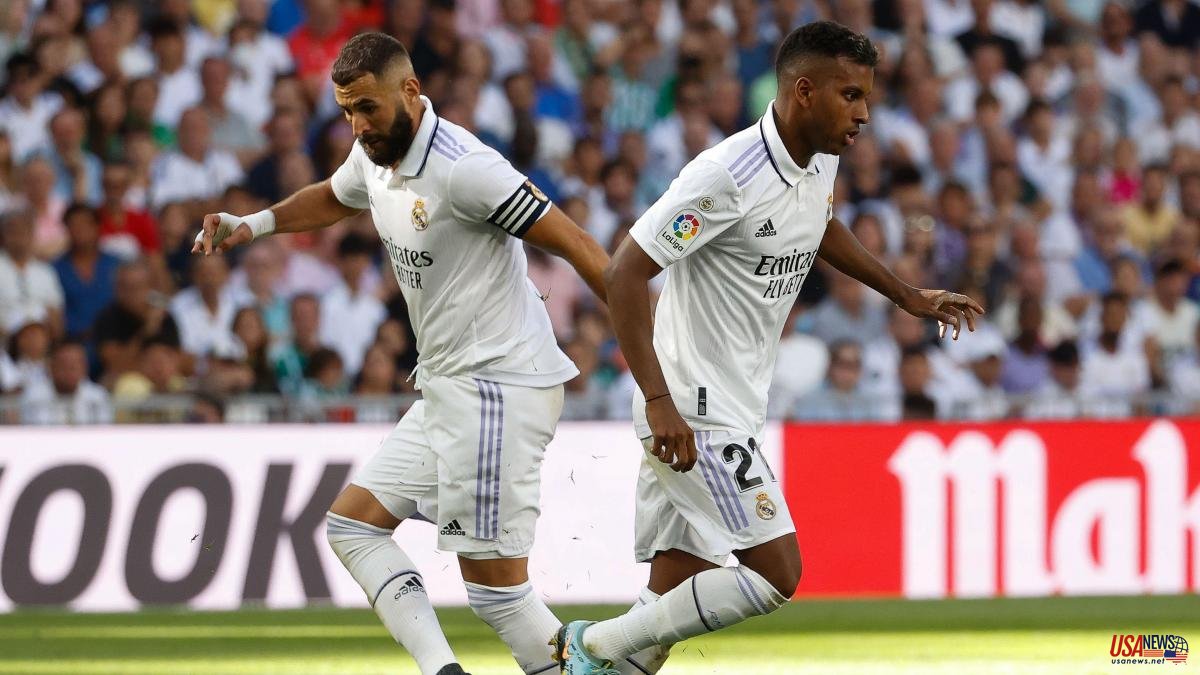 The return of Karim Benzema, injured on September 7 in Glasgow, is the main novelty for Real Madrid, which this Sunday (9pm) hosts Osasuna at the Bernabeu, which has a new pitch. The Whites, on the other hand, lose Luka Modric, who came injured from the Croatian national team call-up and will not be able to reappear until next Saturday at the Coliseum against Getafe.

Carlo Ancelotti asked at yesterday's qualifying press conference that "all the institutions work to fix the problem of a very compressed calendar due to the many games", in coincidence with what was maintained by Xavi Hernández, the FC Barcelona coach.

Madrid's Italian coach announced that between now and the World Cup he will make more rotations and that after it he is thinking that the players who go to Qatar will not play again until mid-January. For tonight's game, the whites can't count on Lucas Vázquez either. Most likely, the Croatian will be replaced by Dani Ceballos, although Camavinga also has options.

Osasuna have not won at the Bernabeu since 2004, but last season the rojillos scratched a goalless draw on matchday eleven with a very defensive approach (with three centre-backs) by Jagoba Arrasate, a coach who confesses to being a great admirer of Ancelotti.

The Navarrese team has taken 12 of 18 possible points in this league and comes to the Bernabeu without emergencies of any kind. The defeat against Getafe on the last day in a very rough game prevented the Navarrese from continuing to play sweet in their stadium. Chimy Ávila received a direct red card, an action that will prevent him from playing today against Real Madrid. It is a sensible loss, since the Argentine had been a starter in the six games, in which he has managed to score three goals, thus being the top scorer of his team.

Arrasate asks his team to play with personality: "The Bernabeu crowd is pressing and if you make yourself small you're dead. I expect a great rival who can beat you with many records, but I trust we can minimize it. Last year we played a very good and to have opportunities we have to be consistent and efficient again", he pointed out.