Bennett dissolves parliament and Israel heads for fifth election since 2019

It was the chronicle of a death foretold. 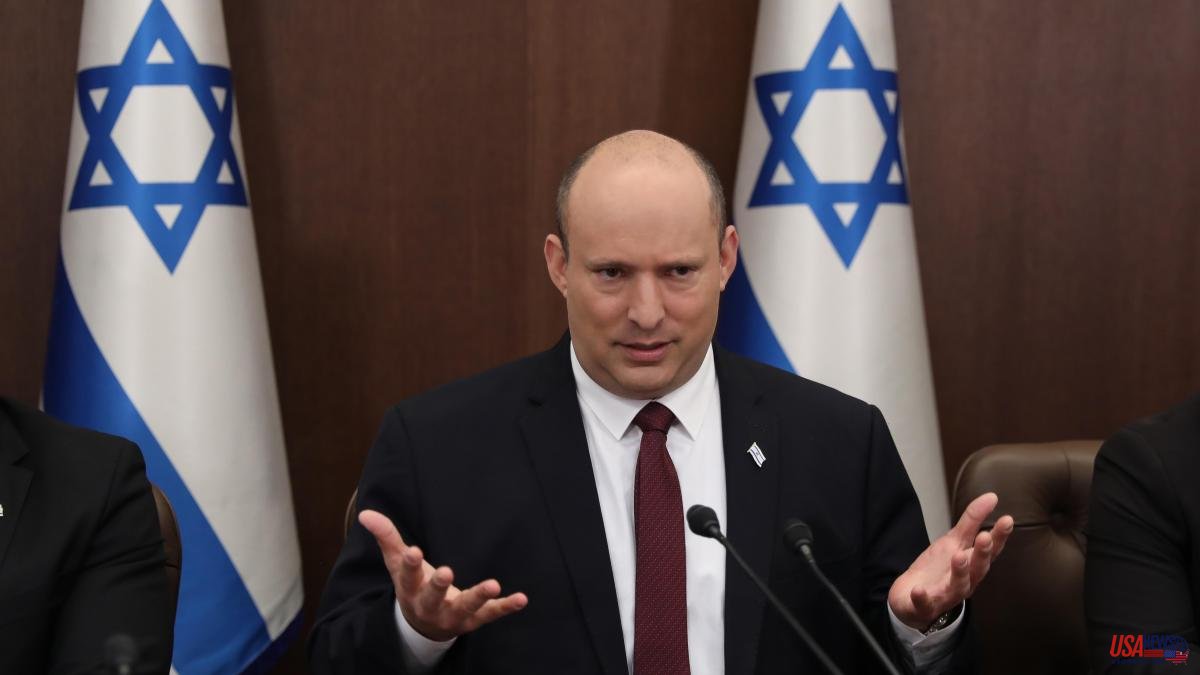 It was the chronicle of a death foretold. All foreshadowed that the collapse of Israel's "government of change" was inevitable, but it was not expected to be so sudden. Prime Minister Naftali Bennett, together with his partner Yair Lapid, announced on Monday the dissolution of the Knesset, which will take place next week. The news shocked many members of the coalition, who did not expect the abrupt end of the government that ousted Benjamin Netanyahu from power, and which lasted just over a year.

"Attempts to stabilize the coalition have failed, and it is not possible to continue governing," Bennett and Lapid wrote in a joint statement, clarifying that the latter will serve as interim prime minister until new elections are called.

They will mark the fifth elections held in the Jewish state since 2019, which will again plunge into political paralysis. The heterogeneous coalition, made up of eight factions from the right, center, left and Islamist Arabs, was unable to overcome the insurmountable ideological distances, essentially with regard to the conflict with the Palestinians.

After the desertion of three deputies, the coalition remained in a parliamentary minority, so each vote was a nightmare. Several Hebrew media reported that the catalyst that motivated Bennett to throw in the towel was the imminent departure of Nir Orbach, another deputy from his Yamina party who apparently plans to change sides. Like the other defectors, Netanyahu's Likud offered him lucrative offers of future posts to convince them to leave.

There is speculation that the next elections could be called on October 25, although it is not yet definitive. In this "political earthquake" there is a third way: that Netanyahu manages to form an alternative majority in this same legislature, without the need to dissolve the chamber and call elections.

Faced with the failure of the law to renew Israeli civil legislation on Jewish settlers residing in the West Bank, Bennett justified his drastic move as a gesture of "national responsibility." The call for new elections will mean the automatic renewal of this measure.