Benedict XVI had not yet been buried, but his historic personal secretary, Georg Gänswein, did not want to wait to start settling accounts with his successor, Pope Francis, in a move that is read as an expression of the internal battle between traditionalist sectors. 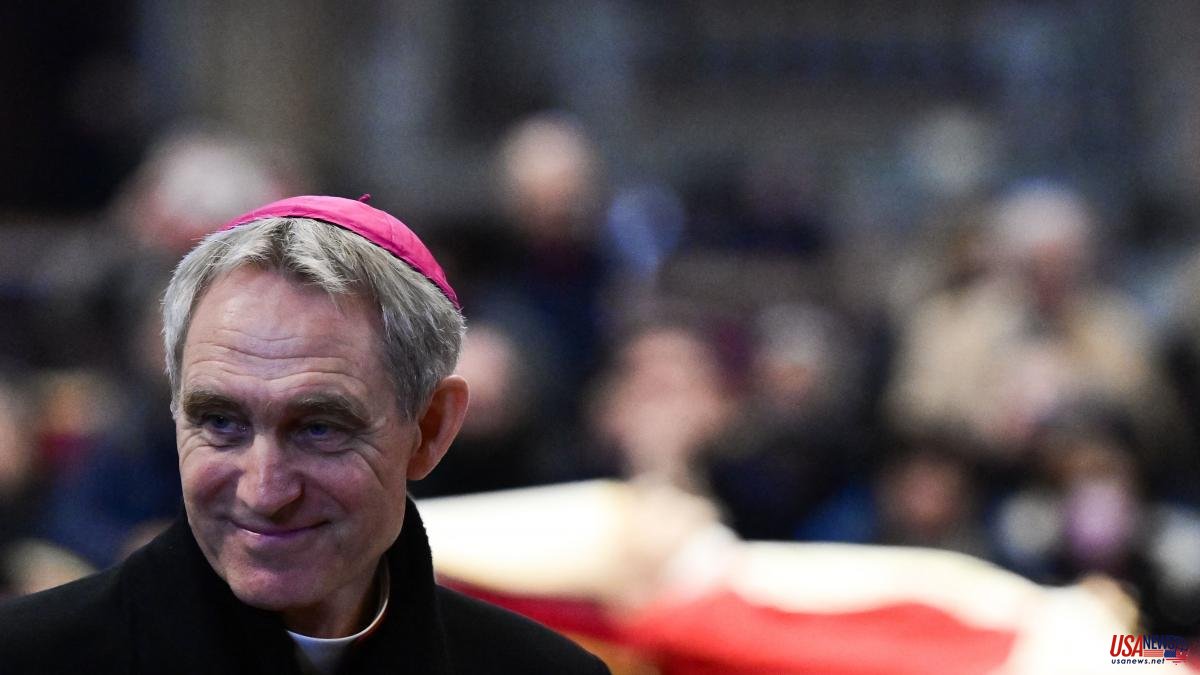 Benedict XVI had not yet been buried, but his historic personal secretary, Georg Gänswein, did not want to wait to start settling accounts with his successor, Pope Francis, in a move that is read as an expression of the internal battle between traditionalist sectors. and the aperturistas, represented by the Jesuit Pontiff.

Everyone expected that Gänswein would take a little longer to shoot, but it hasn't. While tens of thousands of people paid their respects to Joseph Ratzinger in Saint Peter's Basilica -195,000 in the three days of wake, including, yesterday, Queen Sofía-, who has been his shadow in recent decades has given a controversial interview to the German Catholic weekly Die Tagespost in which he openly attacked Francis for restricting masses in Latin.

He is referring to when Bergoglio, last year, reversed one of the most important decisions of his predecessor by limiting masses prior to the Second Vatican Council. “It hit him very hard. I think Pope Benedict read the new motu proprio with a heavy heart, because his intention had been to help those who simply found a home in the old mass to find peace,” says Gänswein. In 2007, Benedict allowed masses in Latin to avoid divisions like those in the society of Frenchman Marcel Lefebvre, who ended up being excommunicated.

Added to the controversial interview is the expectation for the book that will be published next week in Italian, entitled Nothing but the truth. In the promotional text, the editorial promises that the memoirs will recount "the miserable slanders and the dark maneuvers that have tried in vain to cast shadows" on the German pontiff. And tonight, after his funeral, Italian public television will broadcast an interview in which he says that, during the papacy, "the devil was against Benedict XVI." It is evident that Gänswein has no intention of biting his tongue, even if it is at the cost of accentuating the open clash in the Church.