Benedict XVI is serious, but "stable" and "lucid"

Benedict XVI's situation has not changed compared to yesterday, when Pope Francis asked for a special prayer for the emeritus pontiff, who is "very ill. 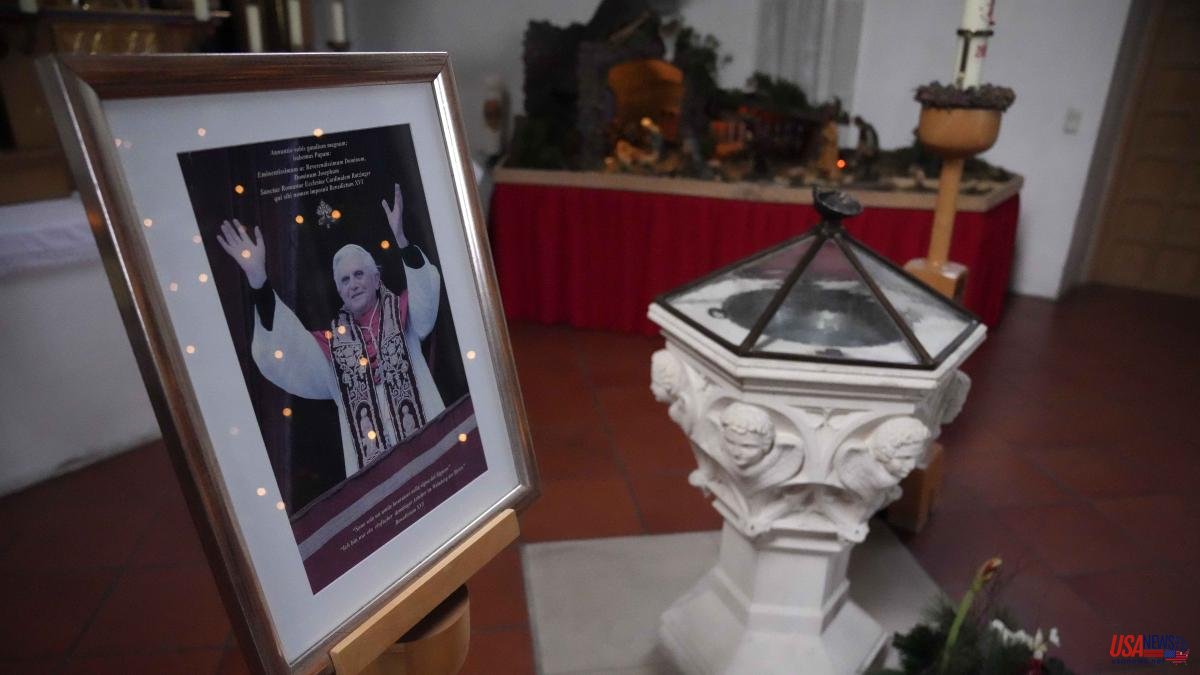 Benedict XVI's situation has not changed compared to yesterday, when Pope Francis asked for a special prayer for the emeritus pontiff, who is "very ill." According to the latest medical report from the Vatican, Benedict was able to "rest well last night" and is "absolutely lucid and awake." "Despite the fact that his condition remains serious, the situation at the moment is stable," Holy See spokesman Matteo Bruni added in the statement.

Joseph Ratzinger has spent the night under medical supervision, and will continue to do so in the coming hours. The doctors and those around them have decided that it is best that he not be taken to the Policlinico Gemelli hospital, which has a floor reserved for the pontiffs, because they see it as preferable that in his condition and at his advanced age, 95, he remain in his habitual residence.

It is still not clear what has caused his health conditions to worsen, and the Vatican has only attributed it to his advanced age. Some media talk about kidney or heart problems, but the only thing that is clear is that it has been a sudden change. At Christmas he had already reported respiratory problems, but the situation was stable because his historic personal secretary, Georg Gänswein, had decided to travel to Germany to spend a few days with his family. On Tuesday, seeing that he had gotten much worse, he had to return to Rome in a hurry.

It has been known for years that Benedict XVI was physically weak, but never before has there been so much concern. “I ask for a special prayer for Pope Benedict XVI who is supporting the Church in silence. He is very ill and asking the Lord to comfort him and support him in this testimony of love for the Church until the end", Francis said at the end of the general audience every Wednesday, after which he went to the Mater Ecclesiae convent to visit him personally. , something I could do again today.

The Argentine Pope has decided to continue normally with his daily schedule despite this situation, with meetings scheduled this morning at the Apostolic Palace. According to the Vatican statement, "renews the invitation to pray for him and accompany him in these difficult hours."

Later, the Vatican confirmed the aggravation in a statement, and it is expected that this Thursday they will report back on the current conditions of the emeritus pope. The last public photograph of him is from the beginning of December, an image together with the winners of a Theology prize that bears his name, and which already showed his physical weakness. In the last hours, the prayers of cardinals from all over the world have multiplied for the health of the pope emeritus. Saint Peter's Square is crowded by tourists who have come to spend these festivities in Rome, but also by journalists waiting for news on Mater Ecclesiae.