Bellerin: "I don't listen or look at people's opinions"

Héctor Bellerín arrived on the last day of the transfer market. 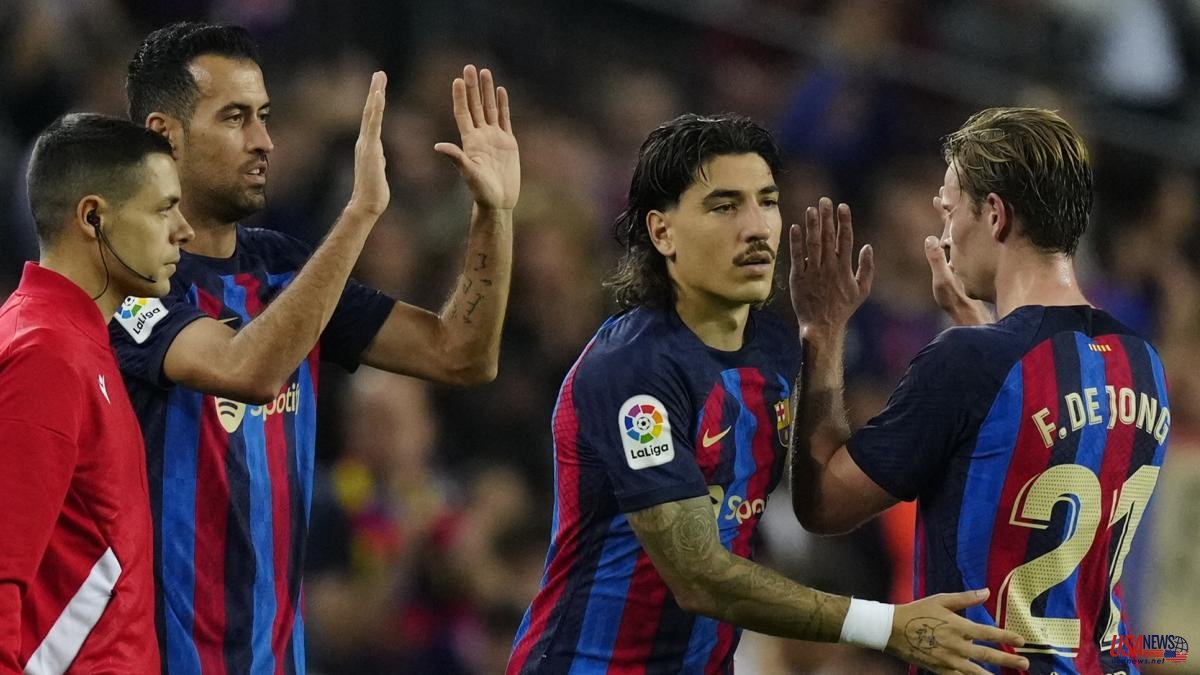 Héctor Bellerín arrived on the last day of the transfer market. He landed free after terminating his contract with Arsenal to make up for the loss left by Sergiño Dest, the only right-handed winger in the squad that Xavi did not have. The signing of him was certified after the other three options posed by the Blaugrana club fell. On the podium was César Azpilicueta, who renewed with Chelsea until 2024. He was followed by Juan Foyth, Villarreal's Argentine winger who was finally ruled out after injuring his knee. The signing of Thomas Meunier, a Belgian international currently at Borussia Dortmund, was also valued. But although Vice President Rafa Yuste traveled to Germany to try to close the operation, fair play was not enough for everything.

With this scenario, Bellerín, who was willing to wait for Barça and charge a minimum amount, became the most viable option. Trained at La Masia he wanted to return home. "In my career I've realized that you don't know what's going to happen until the last minute. The clearer my mind is, the better. In every game I want to enjoy myself, not examine myself," he confessed in the preview of the match against Viktoria Pilsen . An inconsequential match for Barcelona and an opportunity for those who enjoy fewer minutes.

This is the case of Bellerin. The winger has barely played 141 minutes in the League spread over three games. He started in Cádiz, was injured shortly after and was Xavi's alternative against Bayern at the Camp Nou. "It's difficult when you're a little late. I missed the season and that makes it more complicated. I had a soleus injury, but I'm happy with the minutes I've played. There's a good dressing room and I'm very happy," the footballer slipped . And he added: "Like any player, I want to play every game. Even if we are eliminated, for me the important thing is the dynamic. Winning always brings you closer to winning."

Trained in the lower categories of Barça, a club he left in 2011 when he was 15 years old to sign for Arsenal, Bellerín extended his contract with the English until 2023. However, his progression was cut short in January 2019 when he suffered a broken cruciate ligament that led him to stay out for more than nine months. The player had a hard time recovering from that hard blow. Especially psychologically.

Since then, he is little given to consuming information and much less to being aware of his social networks. With this pretext Bellerín did not enter to assess the criticism received after the game he played against Bayern at the Camp Nou. He was a starter and had not played for a month. "I don't listen or look at people's opinions. For me, the important thing is the coach's opinion. I haven't played for a long time, but I'm still a professional and you have to be at the level. The important thing is the feedback from the coaching staff," he said.

Finally, assessing Barcelona's trajectory in the Champions League, Bellerín acknowledged that "we are disappointed because we feel that we deserved more in the games. I think there have been injustices, but we cannot excuse ourselves. As a team we have to take responsibility. There have been moments that have been worthy of debate, at least".

Bellerin was part of Wenger's Arsenal. With his career, he was the club's longest-serving manager and its most successful, having led Arsenal to 17 titles since 1996, for a total of 15 throughout the team's history. "There is less and less patience with the coaches. You have to prepare projects that have a face and eyes. Every process is long. In England, with Guardiola, Klopp, Arteta... it has been shown. The projects have a face and eyes and you have to trust because Rome was not built in a day," he said.