China continues to express its anger over Nancy Pelosi's visit to Taiwan, and it does so in three ways: verbally, commercially, and militarily. 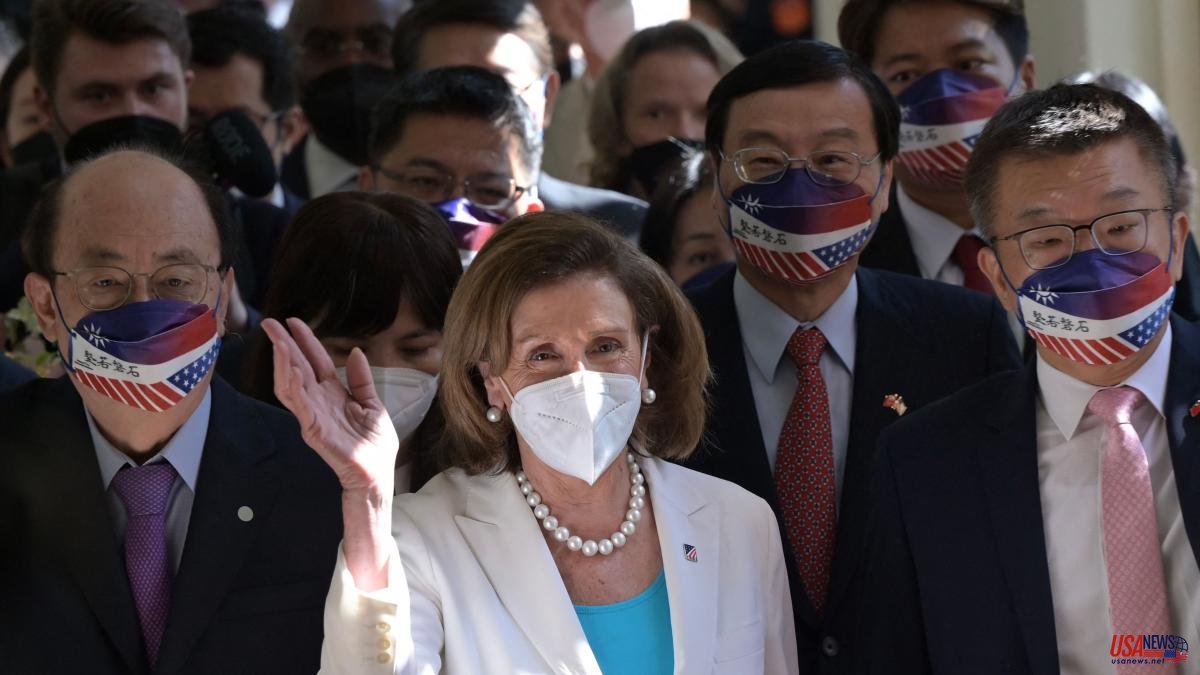 China continues to express its anger over Nancy Pelosi's visit to Taiwan, and it does so in three ways: verbally, commercially, and militarily. Regarding the former, Chinese Foreign Minister Wang Yi described the presence of the Speaker of the US House of Representatives on Wednesday on the island as a "complete farce" and warned that "whoever offends China will be punished."

So far, the retaliation has manifested itself in the form of sanctions on citrus fruits, natural sand and some fish from Taiwan. And the threatening speech included the announcement yesterday of military exercises with live fire, which will take place for four days starting Thursday, one day after the departure of the third American authority.

The military exercises by China, which claims Taiwan as its territory and opposes any diplomatic relationship between Taiwanese officials and foreign governments, will take place in six areas around the island, some of which extend into Taiwanese waters and a distance from the coast of about 16 kilometers. Taiwan's Ministry of Defense accused Beijing of "blocking" the island by sea and air and of "seriously violating" the "territorial sovereignty of the island," denounced the deputy director of the Taiwan Law, Judicial Affairs and Regulations Investigation Division. Defense portfolio, Jian Chang Yu.

The Chinese military exercises, which include live fire, will begin on Thursday and will be the largest drills China has carried out in Taiwan since 1995, when Beijing fired missiles in a large-scale exercise to show displeasure over a visit from the then Chinese. Taiwanese President Lee Teng Hui to the US and the United States sent two carrier groups to the area and sailed one through the Taiwan Strait.

Three of the areas where the exercises will take place infringe Taiwanese waters, meaning they are within 12 nautical miles (about 22 kilometers) of the coast, says Central Taiwan Police University defense studies expert, Arthur Zhin Sheng Wanges, to the Ap agency. Which is "risky," Wang says, and "under international rules of engagement, this could possibly be seen as an act of war," he warns.

In this sense, the New York Times publishes an article today where it also raises the risk that the Chinese military exercises will unleash a confrontation. In its announcement, China's military asked all ships and planes to avoid the identified areas for three days. It remains to be seen whether Taiwan and the US military obey orders or defy China's resolve and send ships and planes to those areas.

Taiwanese President Tsai Ingwen responded Wednesday to military intimidation from Beijing. "With military threats deliberately intensified, Taiwan will not back down," the president said at her meeting with Pelosi. "We will firmly defend the sovereignty of our nation and continue to uphold the line of defense of democracy," she added.

It seems that the risk of a clash between the US and China does not vanish with Pelosi's departure from the island, which took off at six in the afternoon this Wednesday from Taipei after a visit of less than 24 hours in the who has promised that "the United States will not abandon Taiwan" in favor of democracy. He will have to be attentive to Beijing's actions in the coming days.

As for trade retaliation, Beijing also made a move, albeit indirectly, when it suspended imports of citrus and certain fish from Taiwan for having detected a type of harmful cochineal in this fruit and having registered excessive levels of pesticides, while fish packages tested positive for coronavirus.

For its part, the Ministry of Commerce announced "to suspend the export of natural sand to Taiwan" from Wednesday, without giving any explanation. Natural sand is typically used to make concrete and asphalt, and Taiwan relies heavily on China for its supply.

This is not the first time that China has targeted trade with Taiwan in this way. It is "a classic pattern for Beijing," Trivium China agriculture analyst Even Pay told France Presse. "When diplomatic and commercial tensions are high, Chinese regulators tend to adopt an extremely strict attitude regarding compliance with regulations (...) looking for any reason that justifies a commercial ban," he adds, referring to a practice that also applies with other countries.

In March 2021, China banned the import of pineapples from the island, claiming to have discovered parasites there, a move that was later interpreted as a political sanction. Taiwan's Agriculture Council also said Tuesday that China has invoked regulatory violations to suspend the import of various products from the island, including fish products, tea and honey.

Pelosi's visit to Taiwan caught the attention of social media users around the world and in China, where Weibo, the Chinese Twitter, collapsed due to the sheer volume of interactions. There was humor and many memes combined with great indignation and demands for a strong hand from Chinese President Xi Jinping.

Some netizens in the country expressed disappointment that their government repeated its characteristic rhetorical flourishes without adopting stronger measures to stop Pelosi's trip. Hu Xijin, the prominent former editor-in-chief of the Global Times, suggested in a now-deleted tweet that Chinese fighter jets could "forcibly shoot down Pelosi's plane" and later posted on Weibo that the official response fell short of The expectations.

"Even our community guard who earns 1,500 yuan ($220) a month does better. If he says you can't get in, you don't get in," another user wrote, while others called for the immediate reunification of the island and some suggested retaliation. . "Cancel the pro-Taiwan policy and strictly ban cross-strait trade, making it an isolated island," read one of the most popular comments on Weibo, with close to 100,000 likes.