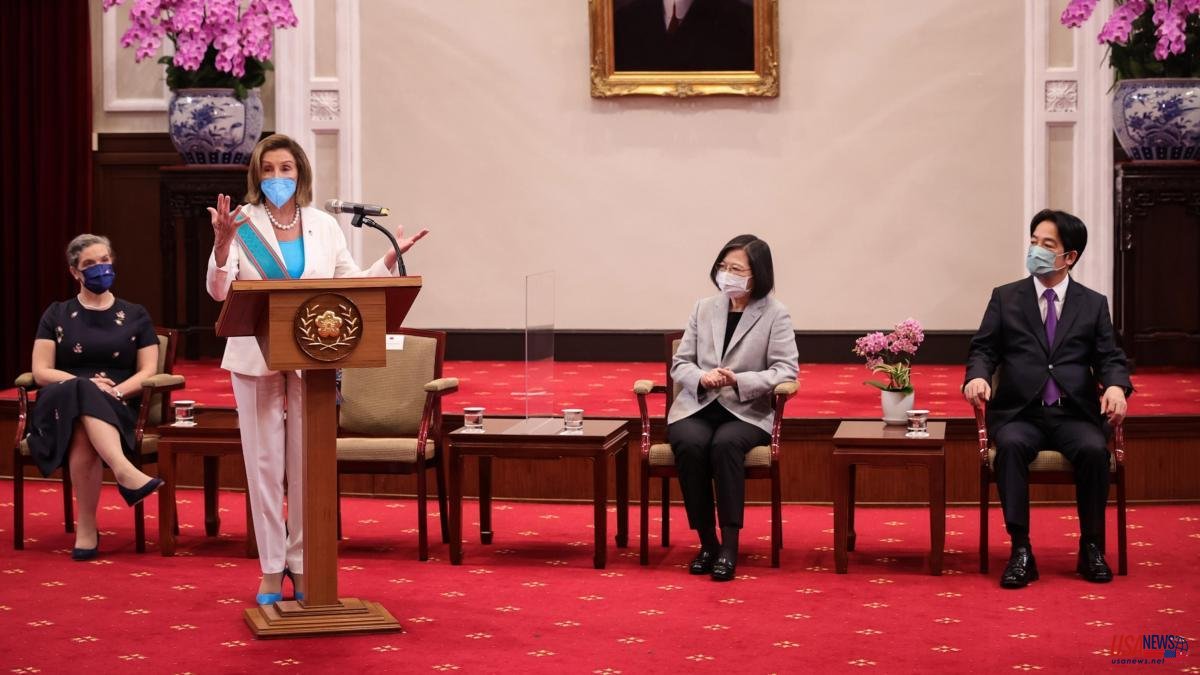 Nancy Pelosi left Taiwan at 6:00 p.m. local time yesterday, but China continues to express its anger over the visit and does so in three ways: verbally, commercially, and militarily. As for the first, Chinese Foreign Minister Wang Yi described the presence of the Speaker of the US House of Representatives yesterday on the island as a "complete farce" and warned that "whoever offends China will be punished”.

So far, the retaliation has manifested itself through trade in the form of a blockade of the exchanges of some products. And the threatening speech includes the announcement of military exercises with live fire, which will take place for four days starting today, Thursday, one day after the departure of the third US authority.

Military exercises by China, which claims Taiwan as its territory and opposes any diplomatic relationship between Taiwanese officials and foreign governments, will be held in six areas around the island. The Taiwan Ministry of Defense accused Beijing of "blockading" the island by sea and air and of "seriously violating" the "territorial sovereignty of the island," denounced the deputy director of the Judicial Affairs Investigation Division of the Ministry of Defense, Jian Chang Yu. Yesterday afternoon, according to this ministry, 22 Chinese planes crossed the dividing line over the Taiwan Strait, entering what Taipei considers its defense zone and forcing Taiwanese fighters to take off to scare off intruders.

These military exercises will be the largest drills China has conducted near Taiwan since 1995, when Beijing fired missiles to show its displeasure over a visit by then-Taiwanese President Lee Teng Hui to Washington and the United States sent two groups of aircraft carriers to the area, sailing one through the Taiwan Strait.

Three of the areas where the exercises will be carried out invade Taiwanese waters, which means that they are within 12 nautical miles (about 22 kilometers) of the coast, defense studies expert Arthur Zhin Sheng Wang told the Ap agency. This is "risky," says Wang, and "by international standards it could possibly be seen as an act of war," he warns.

Taiwanese President Tsai Ing Wen responded yesterday to Beijing's military intimidation. "With deliberately intensified threats, Taiwan will not back down," the president assured in her meeting with Nancy Pelosi. "We will firmly defend the sovereignty of our nation and continue to uphold the line of defense of democracy," she added. "The United States will not abandon Taiwan," Pelosi said.

Regarding trade retaliation, Beijing also made a move, albeit indirectly, when it suspended imports of citrus and certain fish from Taiwan for having detected a type of harmful cochineal in this fruit and having registered excessive levels of pesticides, while fish packages tested positive for coronavirus. The Ministry of Commerce suspended the export of natural sand to Taiwan, without giving any explanation. Natural sand is used to make cement and asphalt, and Taiwan relies heavily on China for its supply.

This is not the first time that China has targeted trade with Taiwan in this way. In March 2021, China banned the importation of pineapples from the island, claiming to have discovered parasites in them, a measure that was later interpreted as a political sanction. Taiwan's Agriculture Council also said on Tuesday that China cited regulatory violations to suspend certain imports from the island, such as fishery products, tea and honey.