The most anomalous season in the history of football, marked by the stake effect of the Qatar World Cup embedded in the middle of the course, has offered an unexpected extra ball to Gerard Piqué, one of those talented beings born with luck. 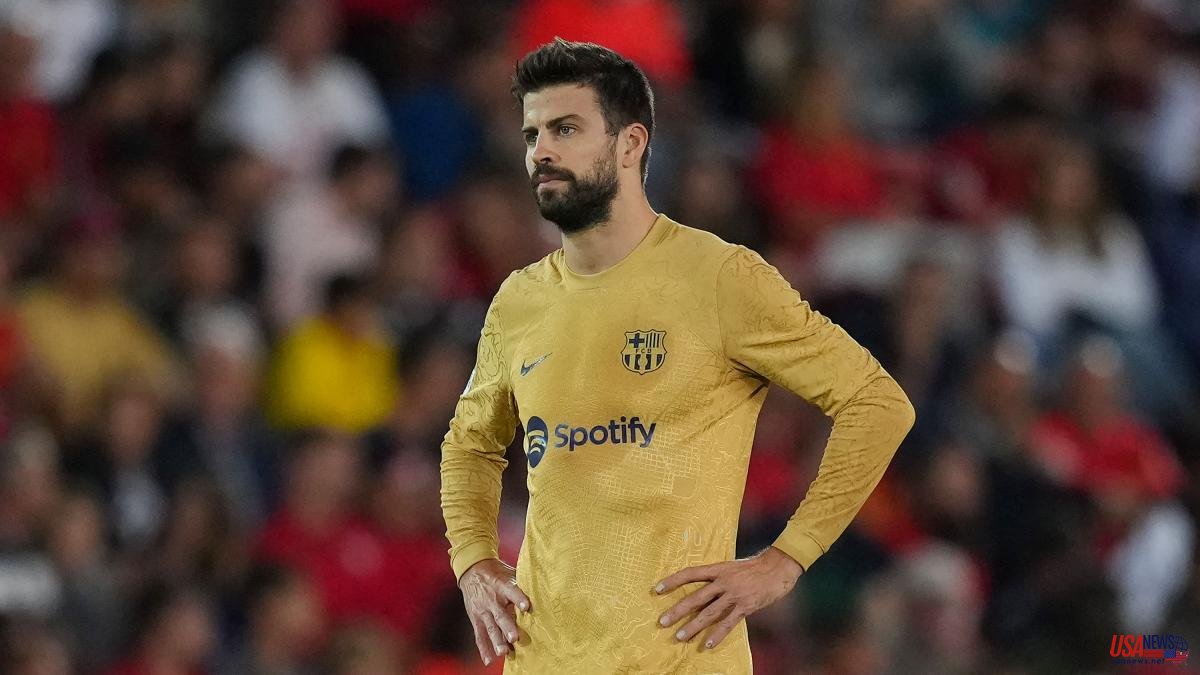 The most anomalous season in the history of football, marked by the stake effect of the Qatar World Cup embedded in the middle of the course, has offered an unexpected extra ball to Gerard Piqué, one of those talented beings born with luck.

He could be compared in this sense with Joan Laporta.

Piqué and the president are reckless types who usually land on their feet, two hold me the manual cubata, tightrope walkers addicted to risk perhaps because they know that, for some strange reason, fortune is always on their side. The two look like trophies conquered wrong predictions from spoilers of solemn voices about their adventures. "It will end badly, this one." But comparing with them is useless, if we emulated them in their adventures we would crash. They, no, doing exactly the same thing.

The injuries to Araújo and Koundé have made Piqué the third central defender when he started as the fifth. That in itself is already a rarity. There are no central fifths in the templates, but four. Clarification: when Xavi Hernández met him at the beginning of the summer, he did not warn him that he would play little, rather he suggested that the best thing he could do was to leave. In reality, the coach wanted to do what Pep Guardiola did when he landed in the first team locker room, back in 2008. The one from Santpedor eliminated Ronaldinho and Deco (and Eto'o, who was saved by the captains, including Xavi, curiously ) because he understood them as unsavory elements that could hinder the implementation of a new uncontaminated order. Xavi, saving the distance, thought more or less the same about Piqué, but had the courtesy to tell him face to face out of respect for his career and because he is a teammate with whom he has shared so many experiences and numerous titles included.

Piqué, after listening to Xavi, decided to stay, among other things because football for this Barcelonan doesn't make much sense if he doesn't play it at Barça. A person who knows him like few others told me about it the other day. "If he wanted, Gerard could play three more seasons at Milan, for example, but I don't see him there." And it's true, sheltered in a defensive system, shortening balls, living off his placement... Piqué could even play on foot. Without going any further, he did it yesterday in Mallorca. He did not need great efforts to survive and keep his plot safe. He is very smart.

Piqué therefore had a season waiting for him (perhaps the last, no matter what) sitting on the bench, waiting for that garbage Cup game to loosen his legs. But the FIFA virus and his traditional Barça fixation have given him a sudden rise.

What will happen from now? Xavi's plans today are to use him to rest the starting central defenders safe and sound, that is, Eric Garcia (he was booked yesterday) and Christensen.

Can something happen between now and the Clásico on October 16 that changes the landscape? Will we see Piqué start at the Bernabeu?

Bear with me the cubata.