Be more than a casino

The best thing about the Las Vegas game against Real Madrid was Raphinha's goal and the feeling that Lewandowski will keep a couple of the opposing team's defenders busy. 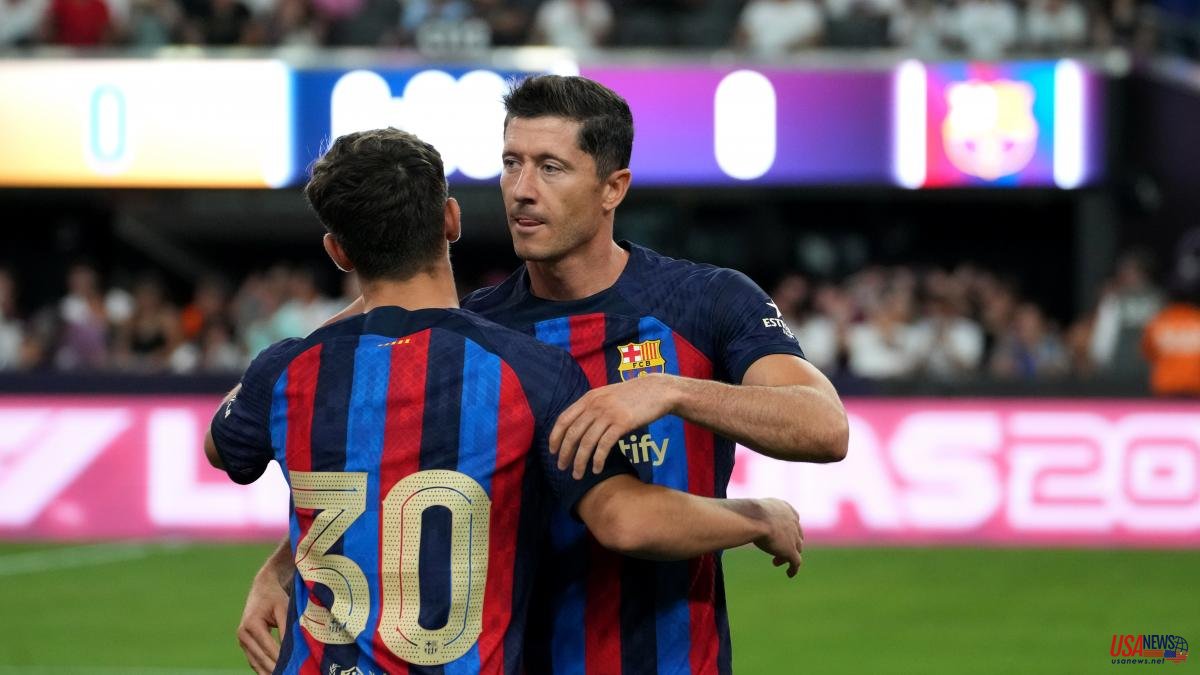 The best thing about the Las Vegas game against Real Madrid was Raphinha's goal and the feeling that Lewandowski will keep a couple of the opposing team's defenders busy. To preserve the fossilization of topics, I will repeat a phrase from the classic repertoire of pre-season journalism: “it is premature to draw conclusions”. Let's not take them out, then, and let's limit ourselves to hoping that we never have to get up at five again to watch a friendly and to sense that, for the first time in a long time, the house is starting with the squad, which is the way to have a team.

On how the transfers will be paid, theories and concerns accumulate but nobody offers an alternative that does not include a lot of risk or a loss of competitiveness. Joan Laporta's board has decided to believe in a dizzying investment, subject to so many uncertainties that it borders on recklessness. It is –and the club has already underlined it– the betting method, which in Las Vegas acquires the category of a ritual of adherence to the statistically ruinous cause of chance. As in other moments of our modern history, we will not have to believe in the kind of luck that causes others to always win the lottery.

Meanwhile, Barça maintains such a self-indulgent marketing style that I wouldn't be surprised if it aspired to become DNA. After the electoral canvas near the Bernabeu, which became an emotional lifeline at a sinister moment for the Catalans and for football, they wanted to repeat the irony in Las Vegas. The image multiplies and modernizes the surface of Madrid and focuses on the omnipresent and euphoric figure of the president, in a role unimaginable if applied to any other president. The idea is audacious but it also exudes a certain unleashed narcissism and the spirit of pimping airs that place Laporta at an almost supernatural level of self-esteem. It is an ingredient of unreality that we will need and, after all, the bold and loudmouth bet of the advertisement on the facade of a casino has worked: Barça won and could have scored two or three more goals if it were not for Courtois, who should win this year's Ballon d'Or, he avoided it. But Laporta should understand that the instruments of a presidential candidate are not the same as those of a president.

To combat the feeling of jet lag caused by the match schedule, I reread the book Zeropolis by the great Bruce Bégout. It was published by Anagrama in 2002 and is an erudite, dense, deep and documented introspection on Las Vegas understood as a megalomaniacal spectrum of popular culture. Two appointments that hopefully have nothing to do with the present and the future of Barça. First: "Under a hemorrhage of lights and spectacles of all kinds, the city reveals a cruel truth that must necessarily be faced if one wants to continue living: Everything is an immense and grotesque farce." Second: "Las Vegas has, indeed, the unique ability to allow us to believe in our own unreality."