Bayern submits to an Inter in low hours 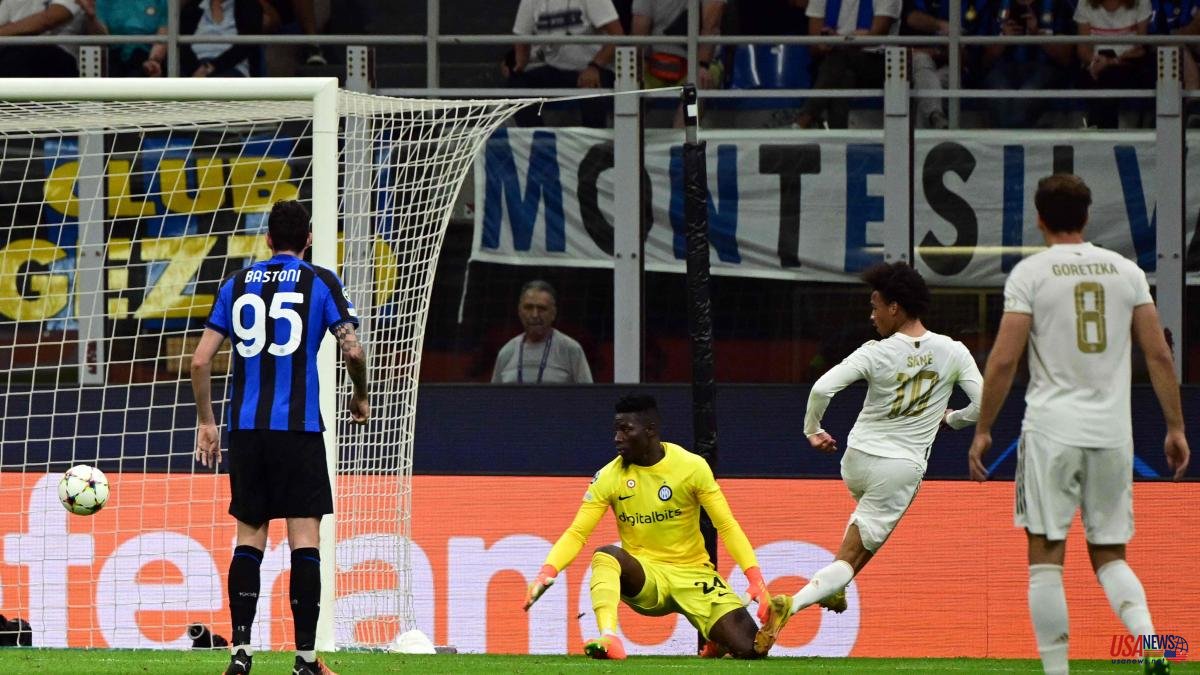 Years go by, parts change, but Bayern Munich's machinery is still greased, still at a thousand revolutions. Inter Milan was the first victim in the Champions League of the German roller, who hit the Italian goal from the beginning until he easily took the three points from Giuseppe Meazza (0-2).

The Nerazzurri, who have not started the season well, got ready in their starting field to weather the storm and entrusted their few options to a counterattack. Lautaro Martínez had a dangerous half arrival for dozens of a Bavarian team that opened the can thanks to a great pass from Kimmich to Sané. The forward dodged around Onana before scoring. With nothing to protect, the Milanese stretched out lines, albeit without faith.

They wanted to stand up in the second half and enjoyed a few chances, from D'Ambrosio and Dzeko. It was a want and I couldn't until Coman and Sané put together a wall of carats finished by the German who ended up introducing D'Ambrosio in his goal.

Despite the fact that they were only two goals for rent, a distance that could be traced with half an hour to go, on the pitch the difference seemed much greater. Even the Italians coach, Simone Inzaghi, almost gave him up for lost, with unambitious changes. Nagelsmann also substituted important players, but his team hardly suffered, a sure sign of the timing and the situation of both teams.

Except for a gift from Lucas Hernández that Correa wasted with a shot wide, Bayern, more relaxed, did not struggle in the final stretch against an Inter canceled that suffered the third defeat in the last four games. The Germans, who came from two draws, confirm that they are the ogre in the group of death. Next week they will receive Barça.

Incidents: Group D meeting of the first day of the Champions League group stage played at the San Siro stadium in Milan.