Barcelona and Real Madrid met their rivals in the Champions League group stage this Monday at noon. 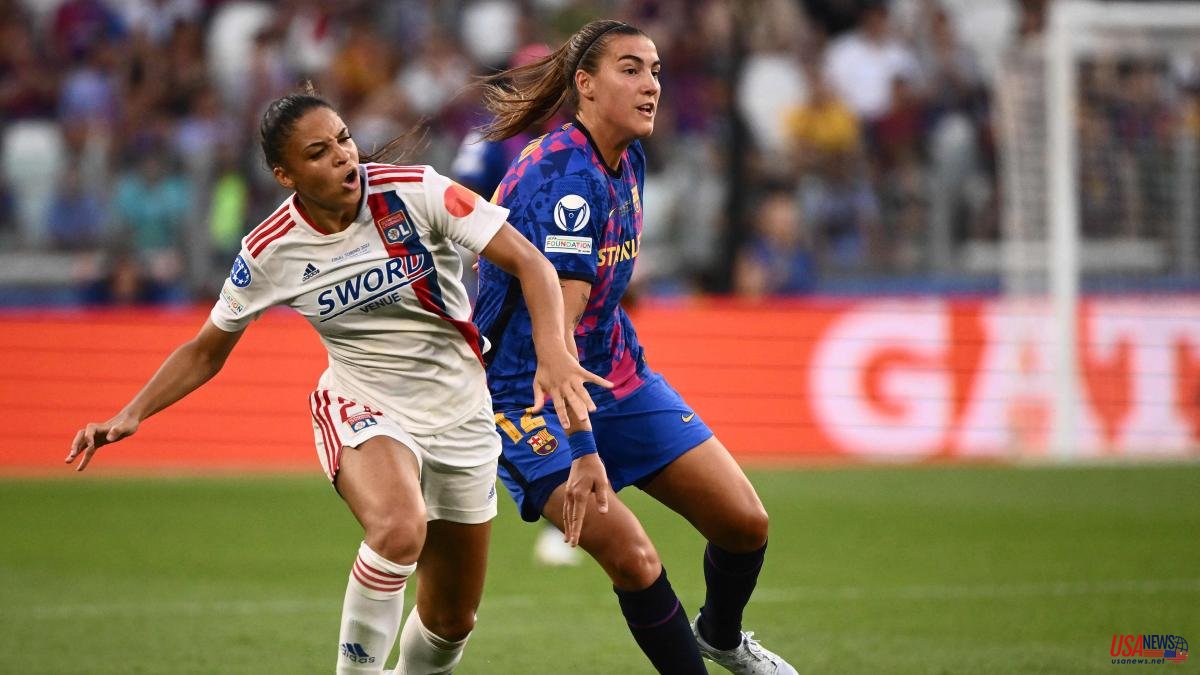 Barcelona and Real Madrid met their rivals in the Champions League group stage this Monday at noon. In the draw held in Nyon (Switzerland) the azulgranas were the best stops, with a more accessible group in which they will face Benfica, Rosengård and Bayern as the most difficult rival. Real Madrid have suffered worse luck, located in a real 'group of death' in which they will have to face Chelsea and PSG, with Vllaznia as the most accessible duel in the group stage.

While for the azulgranas it will be their debut in European competition this year, Real Madrid have had to overcome two previous rounds to reach the group stage. Those of Alberto Toril first beat City of the Spanish Laia Aleixandri, Vicky Losada and Leila Ouahabi and the Norwegian Rosenborg in the second qualifying round. A round in which Natalia Arroyo's Real Sociedad fell, who could not overcome the tie against Bayern, now Barça's rival in the group stage.

It will be the blaugrana's tenth season in Europe's top competition, in which they debuted in 2012 against Arsenal. Since then, his career has been meteoric, managing to play three finals in the last four years – two lost against Lyon and the one won in 2021 against Chelsea.

German runner-up behind powerful Wolfsburg, it will undoubtedly be the most difficult team for the Catalans. This year they have eliminated Real Sociedad, second in the league, in the previous round and last season they were able to beat Lyon once in the group stage and put PSG on the ropes in the quarter-finals, falling with honor in extra time.

Four times champion of the League and one of the Cup, he has twice reached the semifinals of the Champions League (2018-19 and 2020-21). In their first classification among the top four, Barça would be the one to remove them from the European dream. A goal from Hamraoui in the first leg, and another from Mariona in the second leg, gave the azulgranas a pass to their first European final, in which they would lose 4-1 to Lyon. A defeat in Budapest on which the team that would end up lifting the Champions League two years later would be built.

“Because of the precedents, because of the type of game they play, Bayern is a team to keep in mind. It is an improved team compared to last season's version and that we know in the Champions League. Surely he is one of the best on the continent”, assessed the Barça coach, Jonatan Giráldez.

The Swedish champion is a historic Champions, in which he has reached the quarterfinals six times in the last decade. The strongest rival of the third pot of the draw, to his difficulty will be added the harsh weather conditions of northern Europe in the middle of winter. 12 times League champion and with 15 Cups to his credit, he will be a rival that the Barça team will have to take into account. Even so, those of Giráldez are favorites against the Swedes, whom they have already won in the only precedent between the two. It was in the 2016-17 season in the quarterfinals. A goal from Leila Ouahabi in the first leg, and goals from Jenni Hermoso and Mariona Caldentey in the second leg sealed Barça's place in their first European semi-final six years ago.

The Portuguese team is the most accessible in group D, and the only one that Barça has never measured. Champion of Portugal, he has had to play three previous rounds to reach the group stage. They thrashed Hajvalia (0-9), achieved a meritorious qualification against the powerful Twente (2-1) and beat Rangers (5-3, on aggregate in two legs) in the last tie.

With a good handful of Portuguese internationals, the former Levante player Jéssica Silva and an old acquaintance from Barcelona, ​​Andreia Norton, stand out. The Portuguese striker signed for the Catalan side in 2015, but she would never make her debut due to a serious knee injury and she left the club in 2016 without playing a single minute.

The group stage will start on October 19 and 20 and will run until December 21 and 22. The first two classified teams will advance to the quarterfinals. Barça, current runner-up, wants to repeat their presence in a final by ensuring a place in the grand final in Eindhoven, on June 3 or 4. For Real Madrid, the challenge will be to overcome the quarterfinals reached last year, when they were knocked out of the tournament by the Catalans after a duel that made history with a Camp Nou breaking the world record for attendance at a women's football match. The Catalan club then announced that its intention is to play all European duels in the Barça temple, as long as the calendar allows it.