Bayern are attracted to the Bundesliga without Lewandowski

After ten seasons of absolute dominance this season Bayern Munich does not seem to be the same. 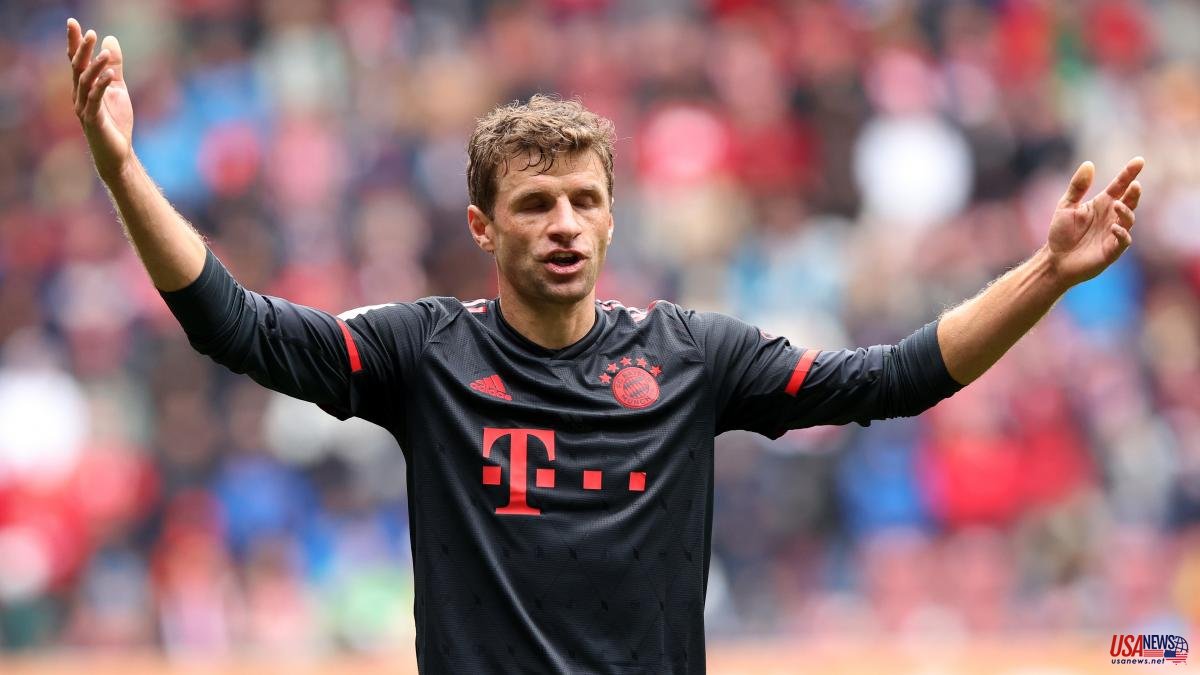 After ten seasons of absolute dominance this season Bayern Munich does not seem to be the same. After seven days he is fifth in the standings and has not won for four days, something very unusual. Three consecutive draws and the defeat this past weekend at the hands of Augsburg has set off alarm bells. Despite defeating Barça in the Champions League only a week ago, in the domestic league they have lost strength, which was given by Robert Lewandowski's goals.

It is clear that the Bavarian team has lost potential with the departure of the Pole. The last leagues were founded on the goals of a superlative player. Lewandowski was the top scorer for the last five seasons, a real life insurance for the champion. But there is also another diagnosis, the one defended by the club, which points to a lack of intensity in the last matches of the domestic tournament.

In favor of this option, he speaks to the fact that, in the midst of the drought in the Bundesliga, Bayern have won their two games in the Champions League. Thomas Müller himself admitted, before the duel against Barcelona, ​​that unconsciously there may be a difference in intensity between game and game depending on the size of the rival. Against rivals like Inter or Barcelona, ​​it is possible that some players use their last strength for one more sprint.

After the defeat against Augsburg, the president of the Board of Directors, Oliver Kahn, also endorsed the diagnosis of the lack of intensity and said that perhaps what was happening was an indirect consequence of the goals scored in the first games of the season.

In the Super Cup, Bayern defeated Leipzig 5-3, in the first match of the Bundesliga 1-6 against Eintracht Frankfurt. This was followed by 2-0 and 7-0 victories against Wolfsburg and Bochum. "At the beginning of the season everything seemed easy. Perhaps some thought that Bundesliga games could be solved halfway, but that is not the case," Kahn said in an appearance. The chances, according to Kahn's analysis, are being created. But the goals have stopped coming. For Kahn, this is due above all to "the lack of forcefulness in the last meters".

The observation that what has been lacking is taking advantage of the opportunities they generate, however, can serve to endorse the other diagnosis: that of Lewandowski's orphanhood. Bayern chose not to sign a pure nine once the Pole's departure was finalized and opted for a modification of the system.

The coach, Julian Nagelsmann, has said that there was no tactical dogmatism in that decision. If there had been an accessible nine in the market and that he had entered Bayern's scheme, surely, according to Nagelsmann, they would have signed him.

But that player did not exist and that is why a scheme was chosen with four men who play between the midfielder and the opposite area exchanging positions.

At first everything seemed to work. In the Champions League it has continued to function. Bayern can be criticized for many things in the game against Barcelona, ​​but not that they have not taken advantage of their chances. In the first games, Sadio Mané, Bayern's star signing, seemed like he could be key in breaking down opposing defences. After his performance has had a noticeable downturn. Mané has not been an important factor in Champions League matches either.

The teams, in the Bundesliga, have opted, when they play against Bayern, to try to avoid combinations through the center so that Bayern does not reach the area touching. It is about banishing him to the bands from where the centers cannot look for a non-existent nine. Another is based on not leaving spaces in the midfield and blocking Joshua Kimmich, to prevent him from putting balls between the lines. In the Champions League, rivals of the entity of Inter and Barcelona focus less on defense, they try to take the initiative and that is something that tends to give space.

When they gave them, Bayern took advantage of them. Perhaps the intensity and concentration in the Champions League will be greater. Perhaps the motivation in the Bundesliga has also dropped after ten consecutive titles. Or maybe Lewandowski is simply missing.