Bayer Leverkusen beat Schalke 4-0 this Saturday in Xabi Alonso's first game as coach of the aspirin team while RB Leipzig, who share a group with Real Madrid in the Champions League, did not go beyond a draw to a goal against Mainz. 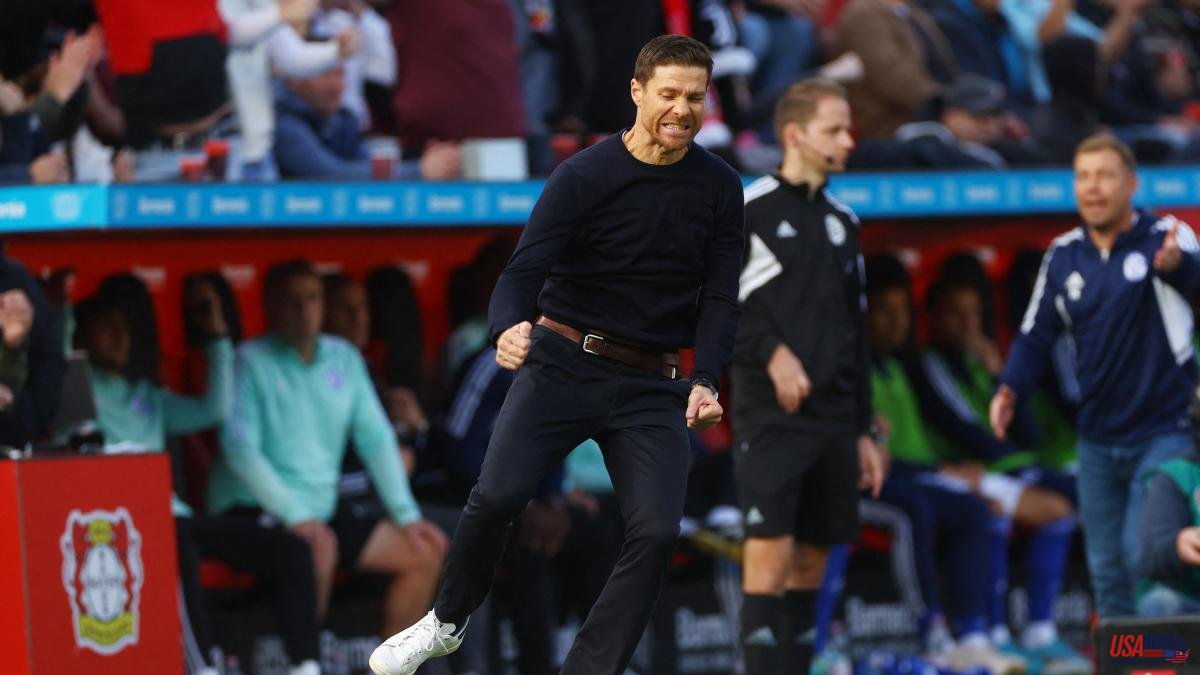 Bayer Leverkusen beat Schalke 4-0 this Saturday in Xabi Alonso's first game as coach of the aspirin team while RB Leipzig, who share a group with Real Madrid in the Champions League, did not go beyond a draw to a goal against Mainz.

With the win against Schalke, Leverkusen shakes off a bit the crisis that they have been going through and that led to the dismissal of former coach Gerardo Seoane and his replacement by Xabi Alonso, who had only had two days to prepare for the match.

Leverkusen came out with a fairly attacking 3-4-3 in which the two lanes, Jeremie Frimpong and Mitschel Bakker, functioned more as wingers than full-backs. Especially Frimpong, on the right, in partnership with Mousa Diaby, caused permanent concern in the Schalke defense.

The first arrival, which ended with a shot by Diaby to the outside net in the 5th minute, was the result of a combination between the two. Leverkusen took possession of the ball from the beginning, when they lost it they were very active in the recovery work in the opposite half and they allowed Schalke little.

The domain of the aspirin team was clear but the chances were few. However, the goal came, with a left-footed shot by Diaby in the 38th minute. And in the 48th minute the second came, scored by Frimpong from a Diaby pass in a move that Callum Hudson-Odoi had started on the left wing after getting rid of two opponents with two dribbles.

In minute 53, on a counterattack play, Frimpong scored the third, again from a pass from Diaby, and in minute 90 Paulinho, who had just come in for Hudson-Odoi, scored the fourth. With the victory, Leverkusen leaves the direct relegation zone but the most important thing is that it may have been a signal to change the trend and the sensations in the team.

Leipzig, meanwhile, continued to struggle in the Bundesliga and, despite having some control in the first half against Mainz, went into the locker room trailing by an Invertsen goal in the 45th minute.

In the second half, Mainz managed to generate several good goal chances until the end was equalized, headed by Christopher Nkunku in the 80th minute.

Bottom Bochum, meanwhile, gave a surprise by thrashing Eintracht Frankfurt 3-0 with goals from Philipp Hoffmann, a header from a corner kick in the 69th minute, an own goal from Ndicka in the 87th minute and a shot from the edge of Philipp Forster in 91.

This is Bochum's first victory in the nine rounds of the German tournament.

Augsburg and Wolfsburg tied at one goal.