The Basque high speed, which after innumerable delays could be ready by 2027, will have to put on the brakes as soon as it crosses the Bidasoa river. 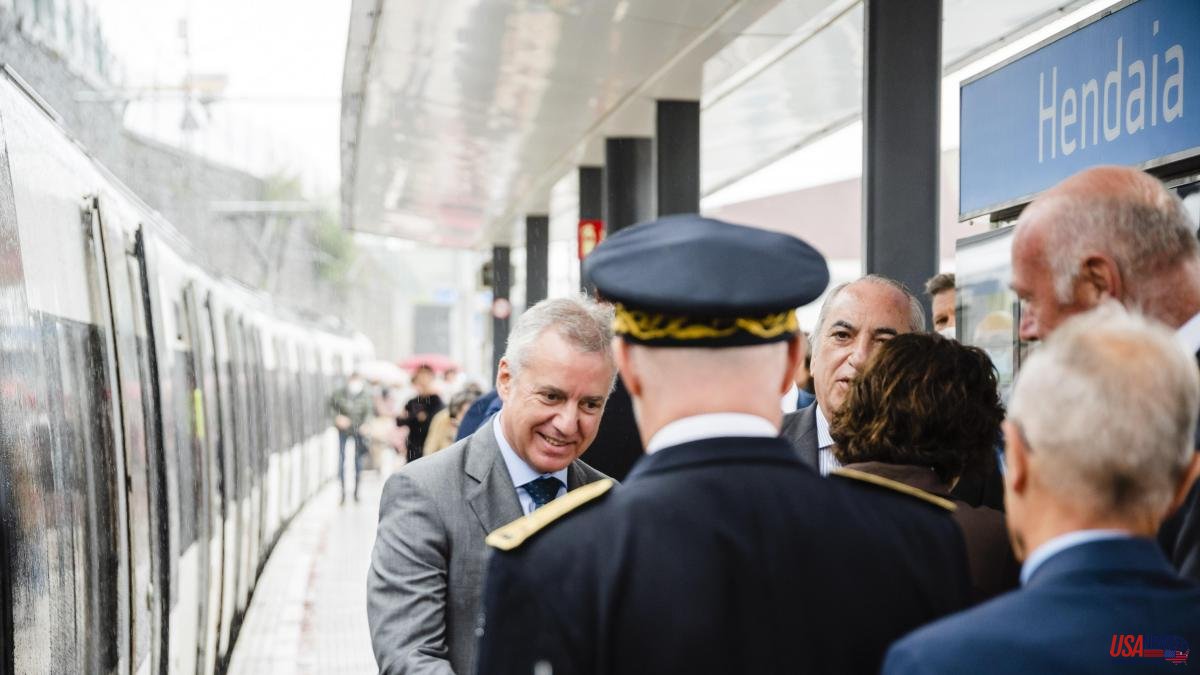 The Basque high speed, which after innumerable delays could be ready by 2027, will have to put on the brakes as soon as it crosses the Bidasoa river. The French government prioritizes the Bordeaux-Toulouse railway section and postpones sine die the new branch that would head to the border from the capital of Bordeaux. A report from the European Union indicates that the works on the cross-border connection will not begin before 2037, although the future of this route is not at all clear. A whole jug of cold water for the Basque 'Y' project, which had one of its main arguments in its connection with Europe, within the Atlantic Corridor approach.

The decision of the French Government contrasts with the will of the European Union to prioritize cross-border connections between European cities. In fact, the European Court of Auditors highlights in a report the "discrepancies" that exist between "the strategic priorities of the EU and those of the Member States", and mentions as an eloquent example of these "inconsistencies" the "change of priorities” of the French Government regarding the connection towards the Bidasoa border.

This situation finds a parallel at the other end of the Pyrenees. The modernization of the railway section between Perpignan and Montpellier is not a priority for the French Government either. The Mediterranean Corridor can also wait.

Do the same keys operate around the blockade of the connection with the Basque 'Y'? The sources consulted appreciate highly differentiated local elements in the case of the connection with Hendaye, although they also note a common position of the Executive of Emmanuel Macron: in the midst of a French political debate in which “patriotisme économique”, the priority is to shore up connections within the Hexagon.

Once again, France's reticence with regard to logistical interconnections with the Iberian Peninsula emerges.

In the case of the rail connection with the Bidasoa border, however, it must also be taken into account that the commissioning of a new high-speed branch line between Bordeaux and Hendaye passing through Dax, in the Landes, has a railway opposition in much of the region that would theoretically benefit from the service.

In addition to the manifest rejection on the part of civil society, there is also the majority opposition of local political representatives. One piece of information is worth showing: 78% of the representatives of the Commonwealth of the Basque Country, which brings together elected representatives from the 158 Basque-French municipalities, expressed their opposition to participating financially in this project a few months ago, harshly criticized by the president of the institution and also Mayor of Bayonne, Jean-René Etchegaray.

From these positions they allude to the environmental impact or the low social profitability of a million-dollar project in whose financing local and regional institutions should also participate. The new section, in fact, would hardly save a meager amount of time to connect with Paris an environment that is already well connected for passengers. Today it takes just over four hours to travel from Hendaye to Paris through a route that circulates at reduced speed between the border and Dax, allows higher speed to Bordeaux and, finally, travels at high speed from the Garonne to the Gallic capital.

Some sources add that the work could sharpen the centripetal effect that Paris exerts on an environment that is increasingly reserved for tourism and in which derivatives such as the price of housing have become a problem.

The pressure to promote the cross-border connection must therefore come from European bodies or from the other side of the Bidasoa. The connection with the Atlantic Corridor was one of the fundamental assets of the Basque railway 'Y' project, which will link the Basque capitals with the rest of the Peninsula through high speed, and which accumulates innumerable delays.

Now, once the Basque AVE has crossed the border, it will have to slow down and there is a risk that in the medium term it will have to deal with problems such as those already visible at the other end of the Pyrenees, as a consequence of the foreseeable increase in goods that will cross the Mediterranean Corridor. The Basque Government has called on more than one occasion to reform the railway infrastructure between Hendaye and Bordeaux to avoid problems of saturation in the future.

Having overcome a good part of the obstacles it has had to face in Spanish territory, the Basque high-speed rail, a crucial project for the Urkullu Executive whose momentum is included in the PNV-PSOE agreement for the investiture of Pedro Sánchez, runs into now with the little interest of the Macron Executive in the interconnections beyond the Pyrenees.