One of the greatest bridges between the Galician and Portuguese language and culture with his Catalan and Spanish peers died this Saturday at the age of 92 in Barcelona. 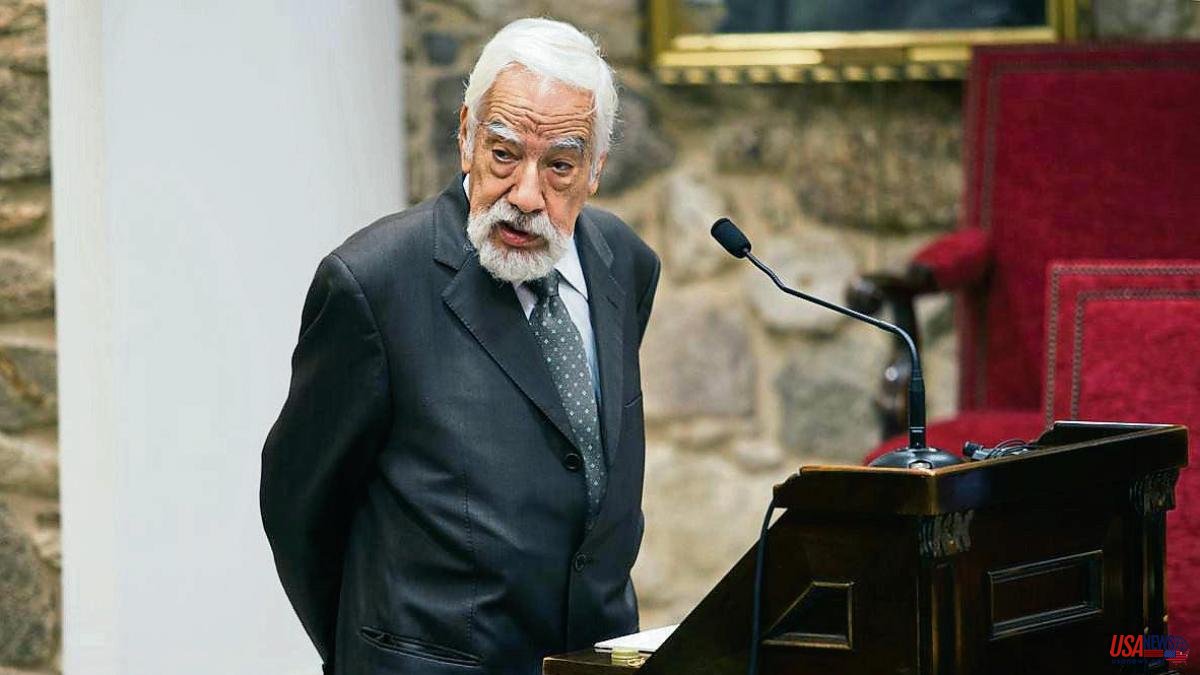 One of the greatest bridges between the Galician and Portuguese language and culture with his Catalan and Spanish peers died this Saturday at the age of 92 in Barcelona. From philology, research, translation and teaching, Basilio Losada devoted his professional life to contact, opening lines of dialogue and enabling mutual enrichment between the mother tongue - he was born in Láncara, municipality of Lugo, within a dynasty of blacksmiths-, the host language -he settled in Barcelona as a child-, the state language and the literary language with which he fell in love (although in addition to Portuguese he also translated, to a lesser extent, from Russian, German and French , highlighting in this case his dedication to Georges Simenon).

First professor of Galician and Portuguese Philology at the University of Barcelona - where he also studied law because his mother wanted him to be a judge - and honorary academician at the Royal Galician Academy, he was the gateway to Spanish for the great poetic voices of the 20th century from his homeland, as evidenced by his work in anthologies such as Postwar Galician Poets (1971), Contemporary Galician Poets (1972) and Today's Galician Poets (1990), reference works that made it possible to publicize the work of authors from the stature of Xohana Torres, Celso Emilio Ferreiro, Álvaro Cunqueiro or Uxío Novoneyra and also novelists as prominent as Manuel Rivas or Suso de Toro. Likewise, it brought Catalan literature closer to Galician readers (highlights its transfer of authors such as Jaume Fuster, Salvador Espriu, Pere Calders, Manuel de Pedrolo, Mercè Rodoreda or Pere Gimferrer), and great classics and contemporary novelists in Portuguese to Castilian readers. (Álvaro de Siza, Clarice Lispector, Rubem Fonseca, Jorge Amado and José Saramago, his work on Historia del cerco de Lisboa deserving him the National Translation Prize in 1991).

In parallel to the translation, he signed studies on Galician, Portuguese and Brazilian literature and practiced literary criticism, becoming Vice President of the Spanish Association of Literary Critics. He was a great expert on Rosalía de Castro as well as on the literature and art of the Middle Ages, a historical period in which his novel La peregrina is set, published when he was 70 years old and starring a crippled princess and a jester.

A highly appreciated teacher by successive generations of philologists and art historians, he taught at universities in Spain, the United States, Germany and Belgium, and was the recipient of awards such as the Creu de Sant Jordi, the Orde do Cruceiro do Sul, the Comenda da Orde do Infante don Henrique, the Castelao Medal and the Otero Pedrayo Award.