Barcelona - Real Madrid: schedule and where to watch the first match of the Endesa League final on TV

The two Spanish basketball giants continue to monopolize the ACB final for another year. 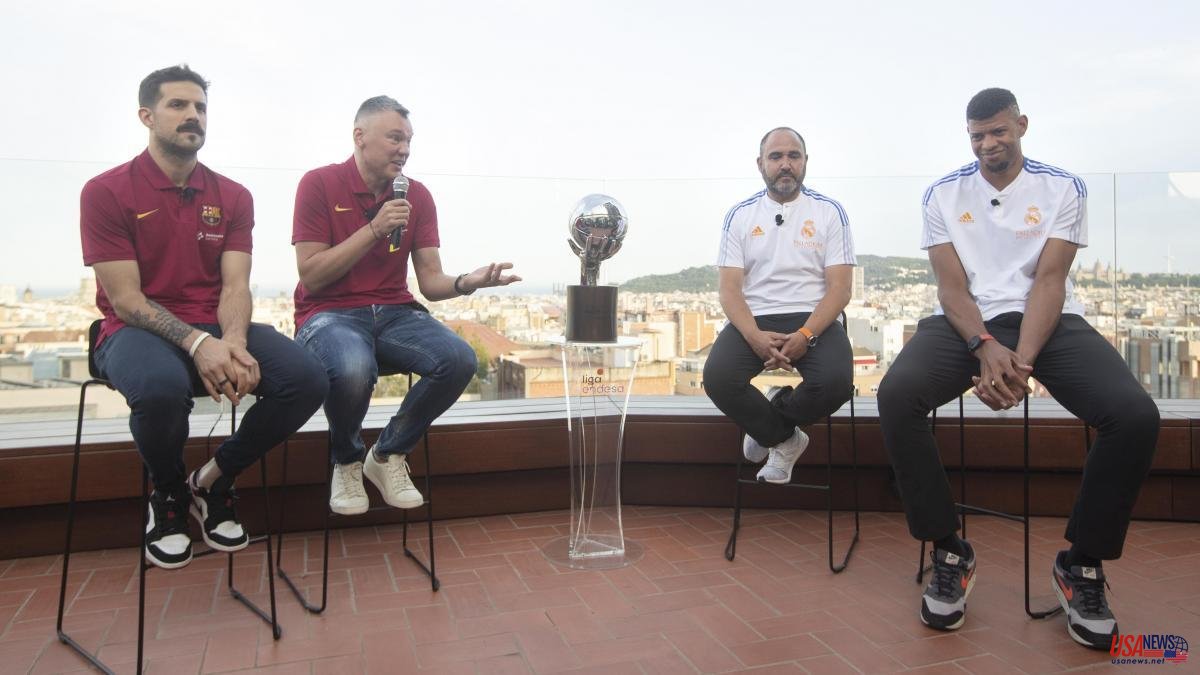 The two Spanish basketball giants continue to monopolize the ACB final for another year. FC Barcelona and Real Madrid will meet again to settle the champion of the Endesa League. It will be the 17th final between the two teams, by far the most repeated since the current playoff format was established in the ACB in 1983. Barça arrives as reigning champions and with home court factor in their favour.

The first game of the series, which will once again be the best of five games after the changes forced in the last two years by the pandemic, will be played this Monday, June 13, at 9:00 p.m. at the Palau Blaugrana. It can be seen on the channel

The last precedent between both teams is the clash in the Euroleague semifinals. Real Madrid prevailed on that occasion, 86-83, dismounting the Blaugrana and earning a place in a new European final. There, against Anadolu Efes, they were defeated by a single point, after rushing and wasting the last possession of the game.

In Liga Endesa, the story is very different. Barça has dominated the competition from start to finish, recording 27 wins and only 7 losses throughout the regular phase. In the two Clásicos of the season, the Catalans prevailed with solvency. In the first leg, played at the WiZink Center in Madrid on January 23, the result was 75-85; while in the second leg, played at the Palau on April 10, Barça won 108-97 after extra time.

Although Real Madrid has more national championships (35), under the ACB format, FC Barcelona rules (16 for the azulgranas to 13 for the madridistas). However, in the direct confrontations in the last round, Madrid has the record in its favor, with nine wins and seven losses.

In this reissue of last season's final, the two teams arrive after eliminating Joventut de Badalona and Bitci Baskonia. As for Madrid, the most outstanding player on the road in the playoffs has been Tavares, with an average rating of 21.6. Causeur, Llull, Hanga or Deck also exceed 10 points per game. However, injuries in the base position harm the whites. Llull and Abalde are doubtful for today, while Heurtel, Williams-Goss and Alocén are out for the entire series. Although Pablo Laso is now recovered after suffering a heart attack, Chus Mateo will lead the team in this first match.

At Barça, Mirotic (18 PIR), Exum (14.3) and Higgins (14) have been the best in the playoffs. However, Exum has not played the last three games to leave the extra-community place to Hayes and Higgins. The good performances of the latter and the outstanding level of Mirotic are the best news for Jasikevicius' men, who since taking over the Blaugrana bench have gone 11-4 in favor in the Clásicos.