After a long tour of the United States, with a previous visit to Olot, Barça will make its debut in front of its fans this Sunday, August 7, with the celebration at the Camp Nou of the 57th edition of the traditional Joan Gamper Trophy. 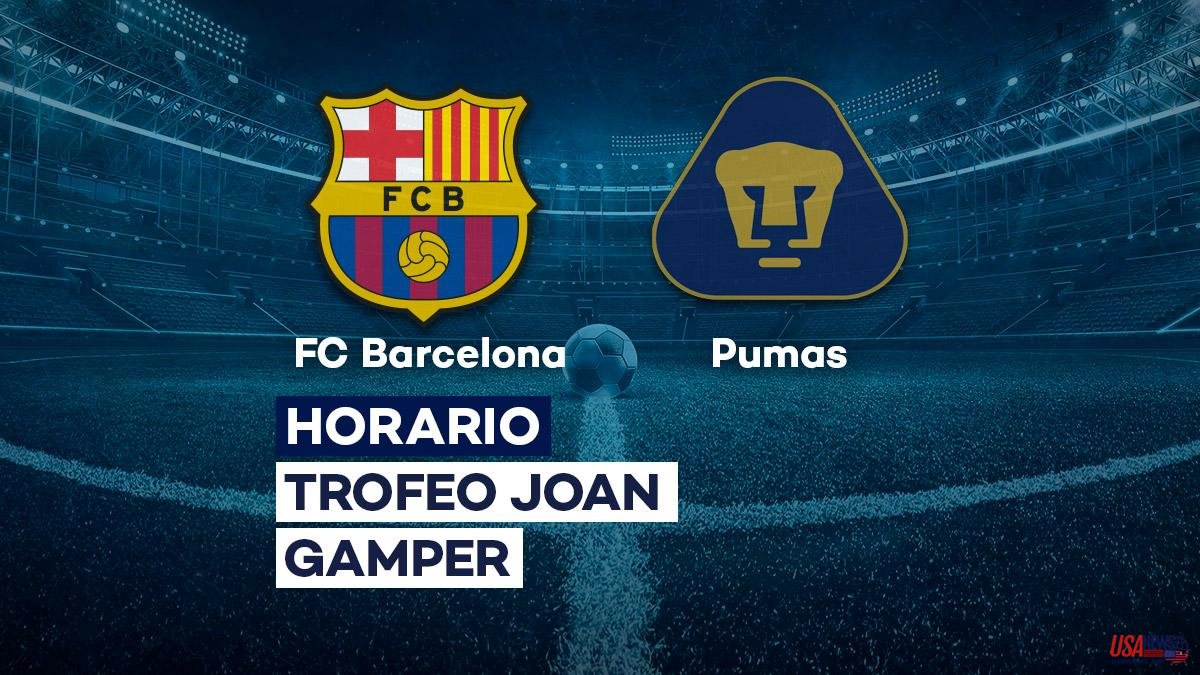 After a long tour of the United States, with a previous visit to Olot, Barça will make its debut in front of its fans this Sunday, August 7, with the celebration at the Camp Nou of the 57th edition of the traditional Joan Gamper Trophy. The Barça team will face the Mexican Pumas UNAM, where the presence of ex-Barcelonista Dani Alves stands out.

The match between the squad coached by Xavi Hernández and the 'Aztec' team will start at 8:00 pm and will be seen on Barça TV and TV3, as well as being able to follow minute by minute on the La Vanguardia website.

As usual, the appointment will serve as a presentation of the renewed Blaugrana squad, especially the new signings Robert Lewandowski, Raphinha, Franck Kessie, Andreas Christensen and Jules Koundé, the latest addition who has not yet debuted with Barça. The other new face is that of the young Pablo Torre, although in principle he will play the year with the subsidiary.

The return of Alves, who finished his second spell at the Catalan club just a few months ago after the end of his contract, is also an incentive. The meeting will serve for the 39-year-old veteran Brazilian winger to say goodbye to the culé fans after eight and a half seasons, spread over two periods, defending the azulgranas colours.

In the four games on American soil, resulting in victories against Real Madrid, Inter Miami and New York Red Bulls and a draw against Juventus, the wingers Dembélé, top scorer in the preseason with four goals, and the newcomer Raphinha, scorer of the winning goal in the Las Vegas classic.

On the contrary, Lewandowski, called to be the scorer this season in the Catalan team, has not yet scored in the three games he has played for Barça, so he will try to open his scoring locker in front of his new fans. The Pole enjoyed many opportunities in the last game against New York Red Bulls, but goalkeeper Coronel made his night bitter.

After the celebration of the Joan Gamper Trophy, Barça will begin to prepare the official premiere of this season with the dispute of the match of the first day of the League against Rayo Vallecano at the Camp Nou on August 13, the date on which there must be registered all his signings so that they can dress in shorts.