Barcelona, ​​Palma and Valencia will share the Biennial of Thought in October

Three Mediterranean cities that share language and culture, but also some of the challenges and problems: climate change, tourist overcrowding, the housing problem. 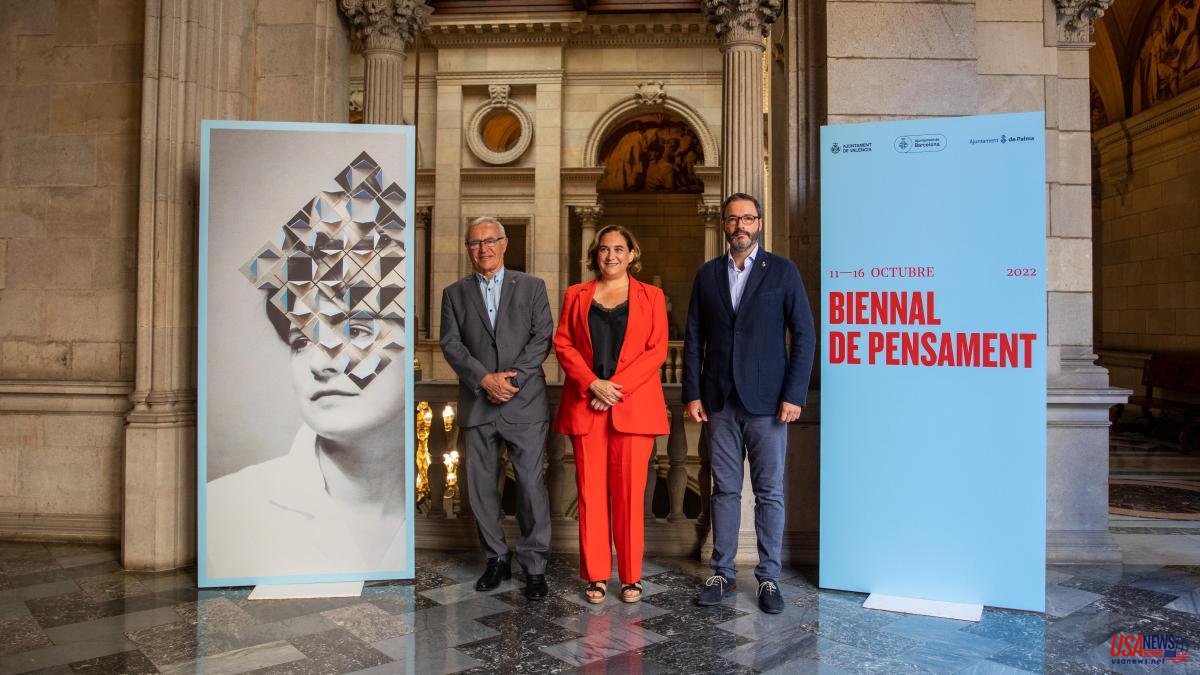 Three Mediterranean cities that share language and culture, but also some of the challenges and problems: climate change, tourist overcrowding, the housing problem... These are issues that must be thought about, and it is better to do so among the three that each on their own. That is why the cities of Barcelona, ​​Valencia and Palma will jointly celebrate the Biennial of Thought in October. It was announced yesterday at the Saló de Cent of the City Hall of the Catalan capital by the mayor of Barcelona, ​​Ada Colau, that of Valencia, Joan Ribó, and that of Palma, José Hila.

Colau insisted that the three cities have shared approaches and strategies for some time, such as the regulation of tourism and cruise ships or rethinking structures such as the Mediterranean corridor, and stressed that it is the first time that the three have come together to share a cultural festival. “It is in times of crisis that we need to come together,” he said. It was necessary, it was timely and above all it is beautiful”, because the meeting has to be a “tool for dialogue and communication”.

The mayor recalled how the first edition of the biennial, promoted in 2018 by the then Barcelona Commissioner for Culture, Joan Subirats, wanted to "take the issues out of the academy and take them to the squares with the public and not just for the public" , with a success that invited them to continue. In the second, marked by the pandemic, the results pushed them to consolidate it.

It was later when Jordi Martí, taking over from Subirats as Deputy Mayor for Culture, taking the reference from Joan Fuster and his centenary, thought of this biennial between the three cities and set to work to make it possible. In fact, the Fuster year is also celebrated simultaneously in Valencia, Catalonia and the Balearic Islands, and one of the events that Colau highlighted yesterday was a reading of texts by the Valencian writer and Gabriel Ferrater – whose centenary is also being celebrated – and Blai Bonet by representative poets. The mayor also announced that among the guests will be the Israeli thinker Yuval Noah Harari, author of the book Sapiens; the 2015 Nobel Prize for Literature, Belarusian Svetlana Alexievich; the Argentine director and screenwriter Lucrecia Martel, and the Belgian philosopher and political scientist Chantal Mouffe. The rest of the schedule will be announced next week.

The mayor of Valencia, Joan Ribó, highlighted the need for approaches that make people reason from individual and collective thought and in various media beyond books, such as pop music or rap, on open themes and with a purpose " criticism and self-criticism.

For his part, the Mayor of Palma, José Hila, highlighted the “very powerful message from three capitals that are reflecting together on what the city of the future should be like in order to find shared solutions with the citizens”. And "to win the future together" he appealed to the importance of this "cultural Mediterranean corridor".