A new data cable will link the Mediterranean and Barcelona will be an essential part. 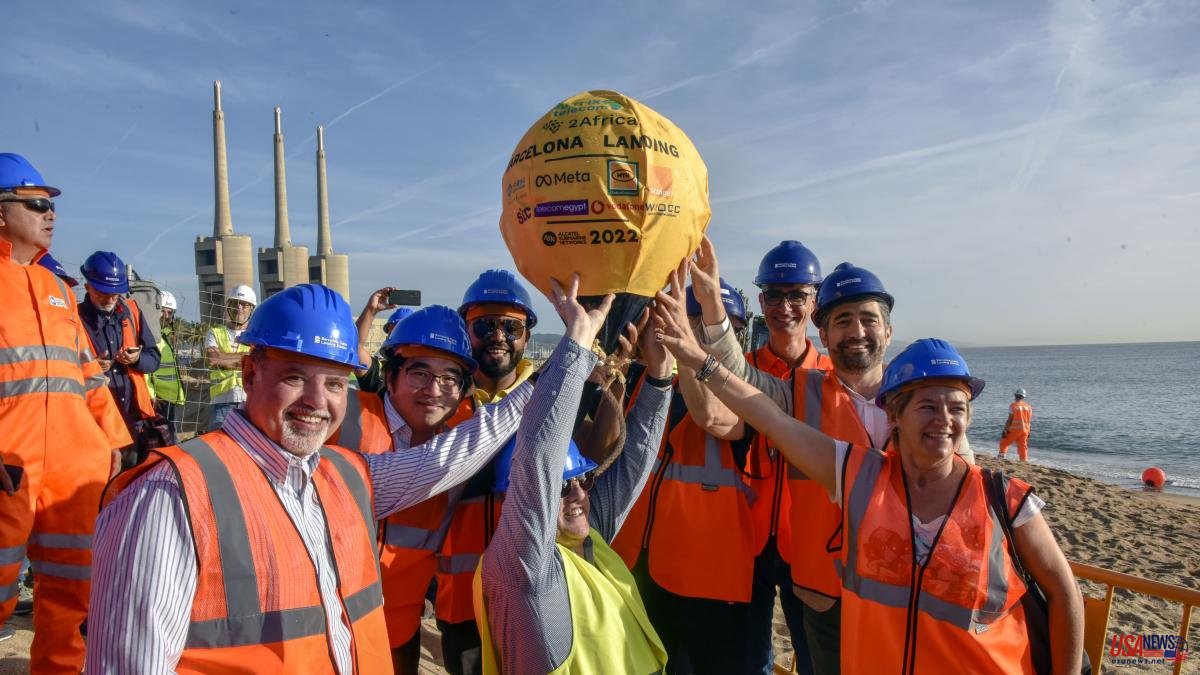 A new data cable will link the Mediterranean and Barcelona will be an essential part. The neighborhood commissioner and EU enlargement negotiations, Olivér Várhelyi, and the vice president of the European Investment Bank (EIB), Ricardo Mourinho, will sign this Thursday in Barcelona the agreement for the partial financing of the project named Medusa, according to community sources report. Between them they will contribute 140 million to promote an initiative led by the Catalan company AFR-IX Telecom.

This Internet service provider will be in charge of connecting nine countries with this fiber optic submarine cable that will have a length of more than 7,000 kilometers. It will unite Spain, Spain, France, Italy and Cyprus with Morocco, Algeria, Tunisia and Egypt. Barcelona will be the starting point and the goal is for it to be operational in 2025.

Community financing has been key to promoting the project, which has a budget of 342 million. And the Ministry of Foreign Affairs led by José Manuel Albares has been involved in this. Brussels will provide Medusa with a 40 million Neighborhood Investment Platform (NIP) grant to build the additional infrastructure needed to provide a high-speed connection to the region's national research and education centers. And the EIB, for its part, will finance the part of that infrastructure with 100 million.

The system will be operated under an open access regime, subject to local regulations, and will have twelve landing points in the nine countries. From the coast of Barcelona, ​​specifically from the beach between Badalona and Sant Adrià, it will be, therefore, from where the new Mediterranean network starts.

Medusa intends to provide digital connectivity for 25 years through this submarine cable. A high-capacity, low-latency, scalable, highly flexible and therefore future-proof connectivity network to connect North Africa with Europe, the same sources indicate. In addition, the project will significantly improve the capacity, quality of service and resilience of intra-European connectivity, as the new system will provide an alternative pathway for data traffic on targeted EU routes. It will be the first time that the North African states are connected by a fiber network.

Medusa will also contribute to improving the EU's digital strategic autonomy, at a time when the submarine cable market, which ensures 98% of internet traffic worldwide, is largely in the hands of GAFAM (Google, Facebook, Amazon and Microsoft) and Chinese operators.

AFR-IX, the main Spanish partner, is a telecommunications company founded by the Catalan engineers Norman Albi and Miguel Ángel Acero and which will launch Medusa through the Barcelona Cable Landing Station, the epicenter of fiber optic cable . The firm currently invoices 25 million euros and has an ebitda of 1.7 million.