Arcelona started the year with three out of ten hotels closed and ends the summer with the entire hotel plant open, with occupancy figures of 87% (almost like those of 2019) and a plus: an average price per room never seen before. 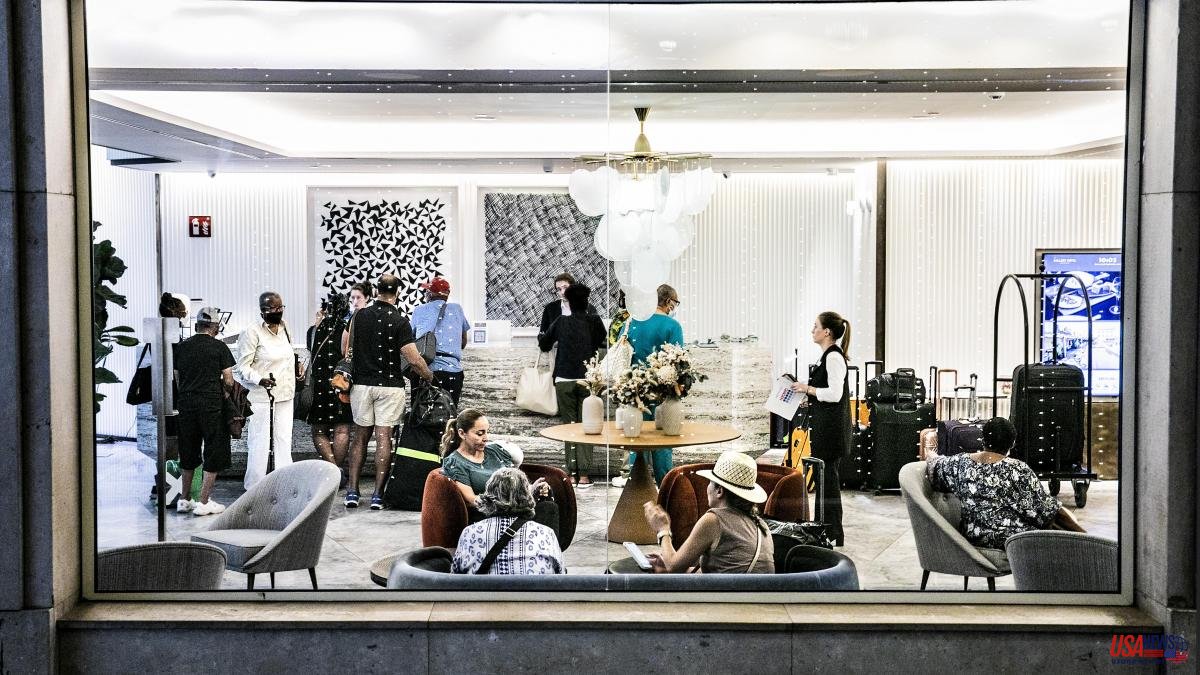 Arcelona started the year with three out of ten hotels closed and ends the summer with the entire hotel plant open, with occupancy figures of 87% (almost like those of 2019) and a plus: an average price per room never seen before. In June the average rate per night in Barcelona reached 192 euros, 18 euros more than in 2019. However, the big increase was recorded in August, with an average of 181 euros per room, 37 euros more than what was paid in the summer pre-pandemic. The sector expects to keep these prices on the rise during the fall.

"In January and February, we could not imagine that today we would be so well", acknowledged yesterday the president of the Gremi d'Hotels de Barcelona, ​​Jordi Clos. The absolute record was set in June when the average price of a room – taking into account rates from two-star hotels to those of great luxury – stood at 192 euros. But what has pleased the sector the most are the 181 euros on average registered in August.

“Because it is a month in which Barcelona has never been strong in terms of tourism and this year it has been,” says Clos. In fact, this average is 37 euros higher than the 2019 price. In June, an average of 18 euros more per night was paid; in July, 21 euros more and in August these 37, with which an upward trend is consolidated that the sector hopes to maintain during the coming months, when thirty congresses and professional appointments are scheduled to be held in Barcelona.

"This year the hoteliers are not going to lose money," admitted Clos. Although he clarified that the benefits will be reduced by the increase in prices, especially the cost of energy. “In some establishments these expenses have risen up to 300%, not all hotels are aware of this and they are not yet affecting prices” and added that “many hotels have to repay the ICO loans they requested during the pandemic”.

With an average occupancy of 87% throughout the summer, just one point less than in 2019, the lack of Asian and Russian tourists has been offset by a strong recovery in the North American market. Clos also highlighted the already widespread phenomenon of booking without intermediaries and at the last minute.

“The increase in rates helps us to stabilize accounts and recover a type of tourism that we had before the pandemic.” According to Clos, this tourism that stays in Barcelona hotels is not the one that causes the complaints of the people of Barcelona: "The complaints are more about the tourists who come by cruise ship and are only a few hours in the city or those who go and They come in one day from the north and south coast of Catalonia”. And despite the rising occupations and rates, Clos did not miss the opportunity to once again denounce the filth and neglect of Barcelona and also the insecurity: "300 daily complaints is a real problem, we hope that the law of recidivism will be noticed soon and that more police officers be assigned because day in and day out we are also serving a client who has been the victim of a robbery, in the hall or on the street”.

Mobility also added to the criticism of Clos who stated that in the face of the next municipal elections, "we want there to be a mayor who loves tourism, who is aware of what tourism represents for the city and who stops demagoguery about this theme"