Barça announced this Monday that it will take advantage of the break for the Qatar World Cup, between November and December, to advance the remodeling works of the Spotify Camp Nou. 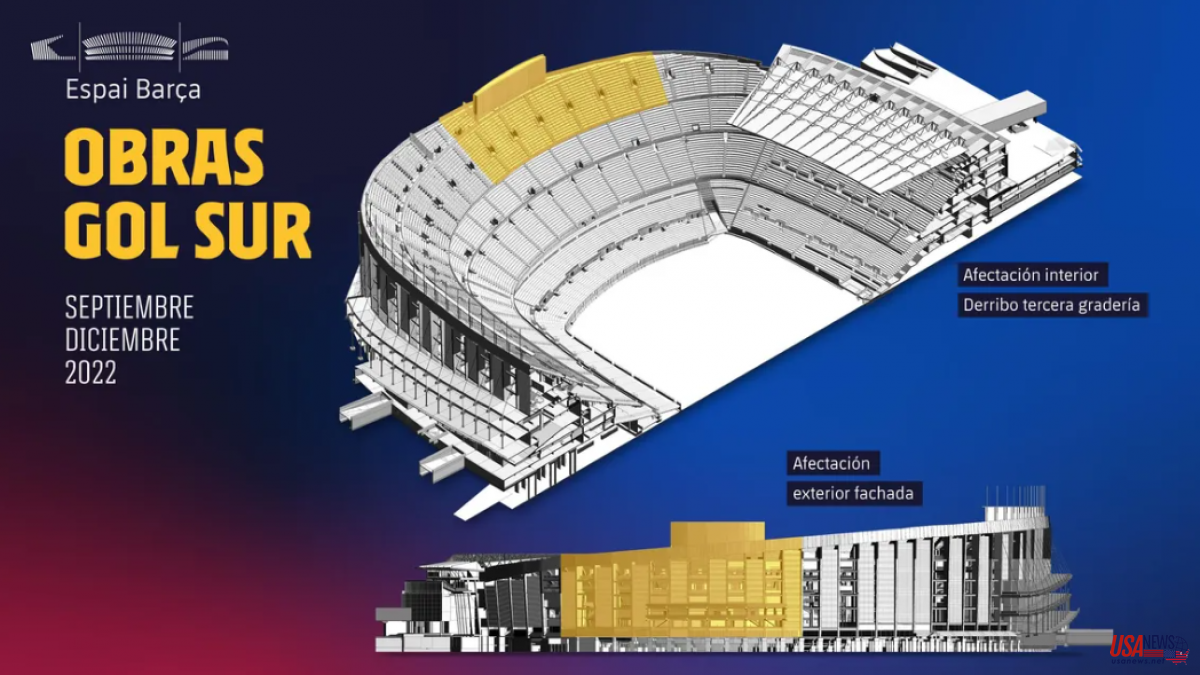 Barça announced this Monday that it will take advantage of the break for the Qatar World Cup, between November and December, to advance the remodeling works of the Spotify Camp Nou. The Barça entity plans to demolish half of the third tier of the South Goal and the outer ring of that area, where the cantilever with the medical center is currently located.

These works, which will be concentrated between gates 34 and 46, will affect a total of 3,782 locations, of which 3,182 belong to members who will be relocated to similar areas of the field or will be offered a temporary moratorium on the payment of the the season. Of the total number of affected members, 1,215 are subscribers of the second tier, located between entrances 315 and 322, who will go from having a covered seat to an uncovered one, for which the club will adjust the price of the subscription. It also affects six VIP boxes in the second tier and the area where rival fans are usually located.

Preliminary work on the third tier will begin on September 1 with the dismantling of equipment and facilities, the catering areas, seats and accessories, railings and beams, and the removal of the South Goal electronic video scoreboard.

It is expected that this first intervention will end on December 31 approximately. In the coming weeks, these works will be tendered, the cost of which amounts to 4.6 million euros, a budget provided for in the bridging loan signed last summer. "We are obviously concerned about this affectation, which we always do for an improvement, because it will help us to carry out the treatment of the construction processes and it is a test that will also help us to advance the works much more quickly", explained the vice president and responsible for the Institutional Area, Maria Elena Fort, who justified the demolition of part of the third tier due to the counterweight exerted by the architectural "backpack" located in the outer ring.

The Catalan entity has decided to start work on the South Goal because it is the part where the entry point for all the telecommunications and technological connections of the future stadium will be, something that will facilitate the remodeling during the following year. The bulk of the works will be during the 2023-2024 season, when the first team moves to the Estadi Olímpic to play.

Beyond the demolition of part of the third tier, since this July different works are already being carried out that affect both the exterior and interior of the stadium. On the other hand, progress is also being made in the surroundings of the Camp Nou, especially with the second phase of the works on Menéndez Pelayo street, where 22,000 m2 will be intervened, of which more than 4,000 will be green areas. To promote mobility, a bike lane will also be built that will connect Menéndez Pelayo street, Joan XXIII avenue and Pius XII square until reaching Diagonal.