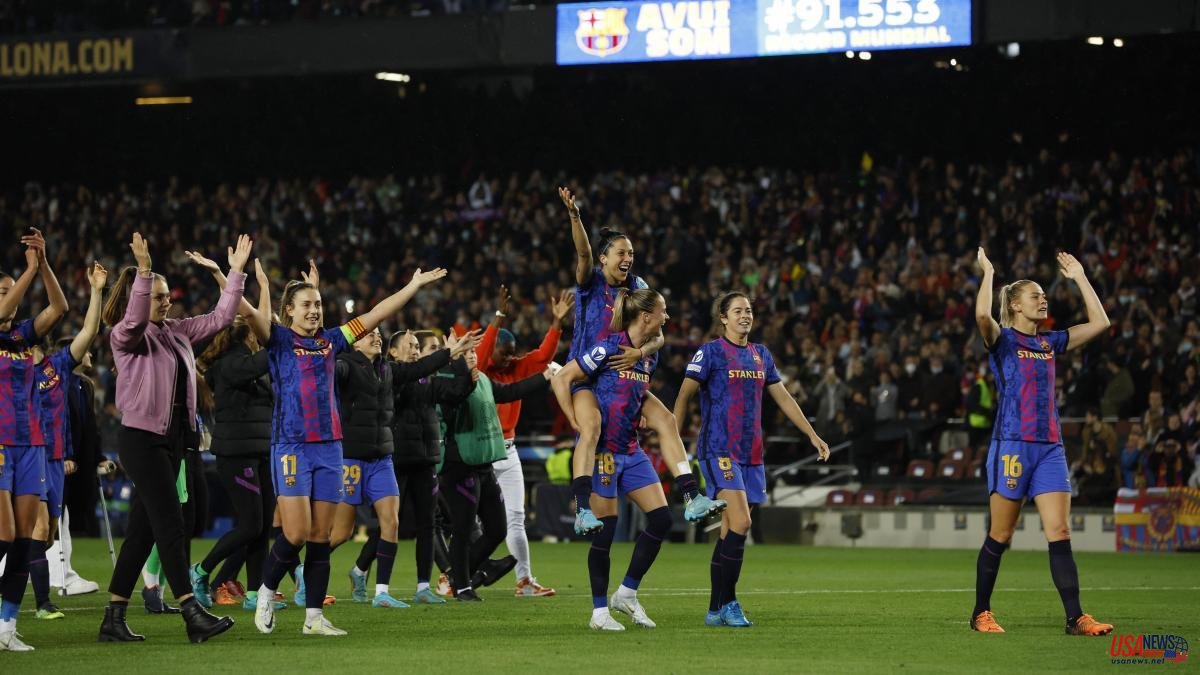 The Spotify Camp Nou will once again host Barça Women's Champions League matches this season. The Blaugrana club confirmed it this Tuesday through a statement announcing that they will open the men's stadium so that Jonatan Giráldez's team can play two of the three group stage matches.

Specifically, they will be the matches against Bayern Munich and Swedish Rosengård, on November 24 and December 21, respectively. In the debut in the competition on October 19, against Benfica at home, it will not be possible to open the stadium because 24 hours before the men's team will play their League match against Villarreal.

Barça had already shown its predisposition for the women's section to play again in the stadium. Now he intends to repeat the successful formula of last season, when he was able to chain two world attendance records in a women's football match. He did so in the quarterfinals against Real Madrid on March 30 (91,553 spectators) and in the semifinals against Wolfsburg (91,648 people).

40,000 tickets will go on sale for the match against Bayern (6:45 p.m.). As happened the previous year, members will have 24 hours of exclusive pre-sale, although the difference is that this time they will have to pay. They will be able to order a maximum of four tickets with a 50% discount on the general public sale price, which will range between 11 and 26 euros.

"These conditions will be valid for the match against Bayern, while the club will announce in the coming weeks the conditions relating to the match against Rosengård, which will be played on December 21 at 9:00 p.m.," the club explained in the statement. "Should we fill it up again?" Aitana Bonmatí wrote on her Twitter account to encourage the fans to go back to the Blaugrana fiefdom, which in principle will be under construction during the World Cup.

Despite not being able to count on Alexia Putellas due to injury throughout the season, Barça is one of the candidates who aspires to win the Champions League, a title they won in the 2020/21 season. Last year he was on the verge of repeating the victory when he fell in the final against Olympique de Lyon.