Barça wants to avoid the 'coconuts' by beating Rosengård

Barça wants to secure first place in the group against Rosengård (9:00 p. 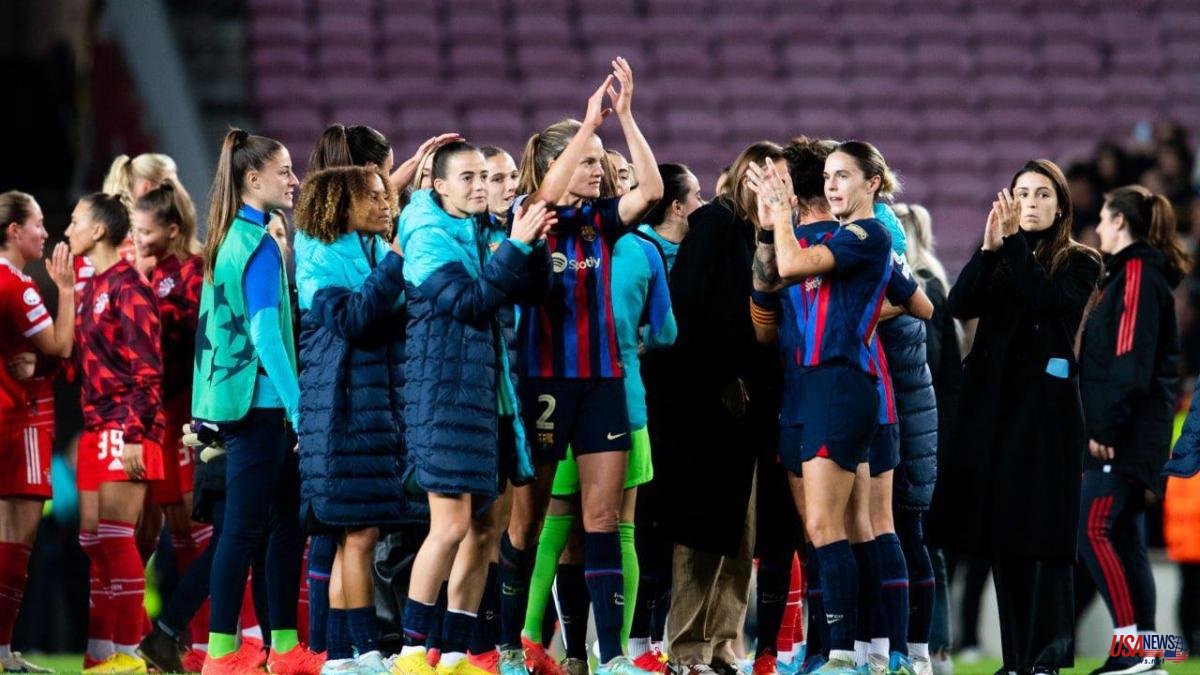 Barça wants to secure first place in the group against Rosengård (9:00 p.m., Dazn) and thus avoid the strongest rivals in the quarterfinal draw. To do this, they must do, at least, the same thing that Bayern do, who has won the goal average. "We're playing for first place and we're playing at the Camp Nou, the team is very motivated for this game," Claudia Pina assured in the preview.

In the team they are aware that the image shown in recent games has not been the best, especially in terms of defensive consistency. In the defeat against Bayern (3-1) and the victory against Benfica (2-6), the team has conceded five goals, despite the fact that Sandra Paños saved two penalties for the Portuguese team. One more goal than the total that has been conceded so far this season in the F League, where the balance is four goals received in 12 games.

“We are aware that we are not yet at our best level”, recognized Jonatan Giráldez in the preview. The Barça coach asked for patience with the team: “We need more time. With all the player changes we've had, we need a period of adaptation”. Along the same lines, Claudia Pina added: “We have to be patient. The results are being favourable, we have lost a game. We continue working to get to the most important stage of the season in the best possible way”.

Giráldez also referred to the versatility that the team has gained with the new signings: "This year we have players who can play more roles and this gives us more ability to adapt to different scenarios", the Galician coach asserted at the gates of receiving the Rosengård, the most accessible rival of the group. The Swedish team have not scored in the five games played and in the first leg, the blaugranas prevailed by a clear 1-4.

For this match, Giráldez will not be able to count on the young Emma Ramírez, who is out due to a leg injury, who joins the already known Graham Hansen, Alexia, Cata Colla and Jana Fernàndez. Of course, Giráldez announced that the Norwegian will be back with the team at the beginning of the year: "Her recovery process is going very well and in January we will have her back."

The duel will move again to the Camp Nou, the stage that will host the rest of the European qualifiers for which the Catalan team manages to qualify. On this occasion, in addition, Barça will donate one euro for each ticket sold to the solidarity campaign of La Marató de TV3, this year dedicated to cardiovascular diseases. Although the schedule (9:00 p.m.), the cold and the proximity of the Christmas holidays could harm a good entry into the Barça fiefdom.

Despite the fact that the rival is not the one with the best poster, Barça is playing for first place and hopes that the fans will respond. Winning will mean securing the leadership of the group and starting as the seed in the draw on February 10, in which they could avoid 'coconuts' like Lyon or PSG, who could be second.

In fact, the French team could even be left out of the Champions League if they fail to meet their duel against Juventus. All eyes will be on Lyon-Juventus (6:45 p.m.) which could leave the current champion out of Europe. If the French do not lose, they will secure their ticket to the quarterfinals and could even be first in the group if they beat the Italians, in which case, Montemurro's men would be eliminated and second place would go to Arsenal.

The group stage ends and it does so with the utmost emotion. Not only Barça is playing for first place in their group with Bayern. Chelsea and PSG (Thursday, 9:00 p.m.) will fight to be seeded in a group in which Real Madrid, already eliminated from Europe, will end their European participation with an inconsequential match against Vllaznia, also with no chance of going to the next round. In group B, Wolfsburg and Roma will also decide who will manage to avoid the 'coconuts' of the draw on this last day. The wolves would have enough with a win over St. Pölten.