Barça TV has stood up. 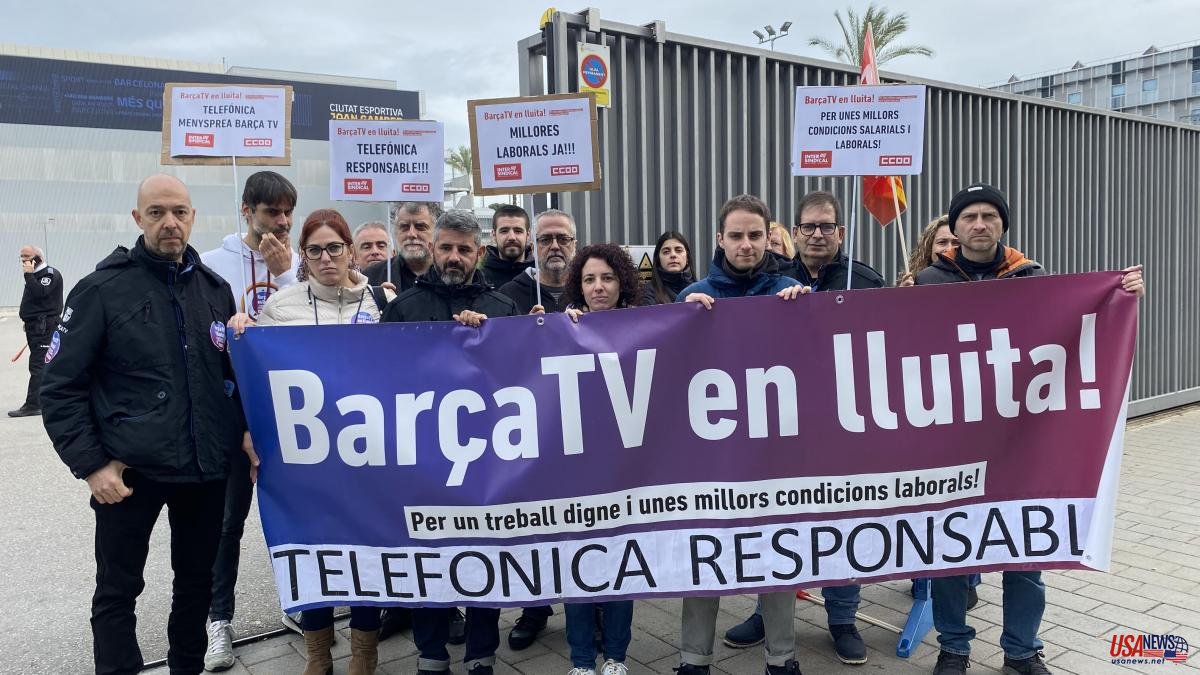 Barça TV has stood up. The working conditions of its more than 90 employees are increasingly difficult to digest and after several meetings with TBSC Barcelona Producciones SLU (Telefónica), the company that the club subcontracted in 2015 to manage its television channel, it has been decided to call a planned strike for this December 31. It is not an ordinary day. Beyond being the last day of the year, the strike will coincide with the derby that FC Barcelona will play at the Camp Nou against Espanyol. The vast majority of Barça TV workers will not cover a match that also signals the kick-off for this second part of the season marked by the celebration of the World Cup in Qatar.

The situation is not trivial. The level of discomfort and stress of the Blaugrana television workers is great and notorious. There are no salary increases since 2015, when Telefónica was left with the management of the club's television production for which it receives 6.7 million euros per year. At that time it was decided to freeze salaries and eliminate the annual rise in the CPI. Most cases whose payroll does not exceed 1,200 euros per month. Nor are they charged on holidays or night shifts or overtime, while the extras that workers usually receive for working on holidays such as Christmas have been considerably reduced.

This situation contrasts sharply with that of Real Madrid Televisión, also managed by Telefónica but which has an agreement with notable improvements in the conditions of workers with respect to Barça television. In January 2022 they renewed said agreement where the salary tables were reviewed with respect to the interannual CPI. This increase also had an impact on other salary supplements such as the night shift bonus and the weekend bonus. The allowances and the bonus for greater dedication were also revised upwards. None of this happens or has happened on Blaugrana television, which, like that of the white club, has a contract with Telefónica since 2015 and until June 2023.

Sources from the Barça TV works council consulted by La Vanguardia assure that previously the workers tried to compensate their salaries by doing overtime with respect to the agreed 35 weekly hours. Now in most cases they do not end up being paid and on several occasions Telefónica has preferred to hire external personnel rather than pay overtime. As for the audiovisual material, it has not been renewed in the seven years that Telefónica has managed Barça TV.

"We are aware of the collective's problems with Telefónica and we empathize with the workers who have always been loyal to television. We are trying to influence to improve conditions", explained the president Joan Laporta in the interview he gave to Barça TV itself. The president received the members of the committee a few weeks ago, accompanied by the director of human resources, Carles Cendrós, the external consultant for Barça TV, Toni Cruz, and various labor lawyers. Blaugrana television demands a negotiation that is close to an increase of 18.5%, which is the result of the sum of the increase in the CPI that Telefónica has not taken into account since 2015.

However, despite the mediation of the club, Telefónica initially offered them a retroactive 1 percent salary increase only for 2022 and without taking into account the CPI increase. The Barcelona workers received his offer with indignation and Telefónica's response was a counter-offer of 3.5 percent with respect to an agreement that has already expired.

The latest proposal is 5 percent, an update of the night stays also retroactively and pay 60 euros gross from the third night away from home. "Most of the trips are between one and two nights, it is difficult to reach the third", insist from the committee that, in the last meeting held on December 28, accused the company of "appearing with only one representative that he did not carry any new proposal. The company has made us waste our time once again”. Telefónica has received the strike call with suspicion and some nervousness. If no agreement is reached on the day of the derby, new actions will be planned at an assembly meeting.