Barça announced this Friday the transfer of Brazilian international Gio Queiroz to Arsenal. 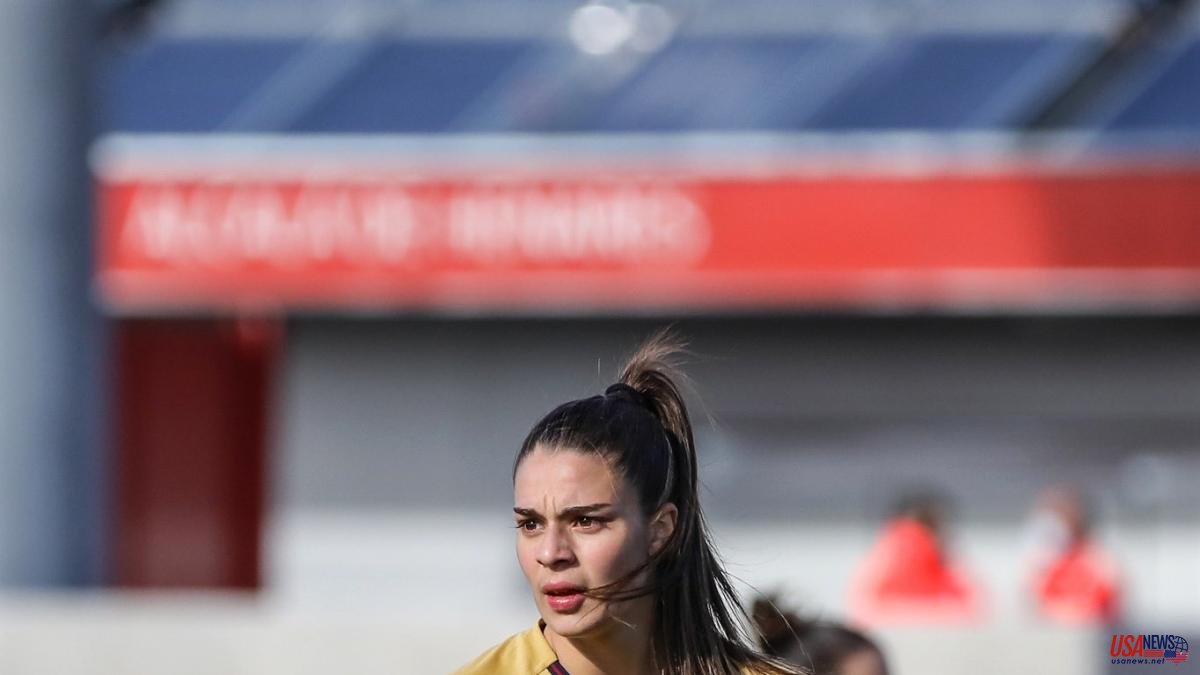 Barça announced this Friday the transfer of Brazilian international Gio Queiroz to Arsenal. In a brief statement, the Barça club confirms the departure of the 19-year-old striker who last season had played on loan at Levante.

Queiroz arrived at Barcelona in 2020, when he was 17 years old, with the intention of entering the dynamics of the first team, although he never had continuity and, after some appearances with the subsidiary, he was transferred to the Valencian club last year.

The Brazilian striker was the youngest player to debut in the Primera Iberdrola, when she was just 15 years old (2018) wearing the Madrid CFF shirt, the club from which she moved to Barcelona two years later.

The cold statement is a reflection of the relationship between the striker and the club. In March, Queiroz published a letter in which he explained that he had denounced Barça for "abusive behavior" and claimed that he had been pressured not to go with the Brazilian team, pointing to Markel Zubizarreta and the then team doctor, Eva Ferrer .

“It was clear that he wanted to destroy my reputation, undermine my self-esteem, degrade my working conditions, belittle and underestimate my psychological conditions. The fact of being a minor does not seem to have been an impediment, a moral dilemma for my aggressor", he accused in a very harsh letter published through his social networks the day before the azulgranas faced Real Madrid at the Camp Nou . The complaint reached FIFA itself which, after assessing it, would end up agreeing with the Catalan club.

Queiroz still had a year left on his current contract with the Barça club, but neither party wanted to continue, so they worked to find a way out. Finally, the destiny of the Brazilian has been the English league. Barça has transferred her to Arsenal, according to the Sport newspaper for around 40,000 euros, but the young striker will not play for the Gunners this season, as they intend to transfer her to Everton.

Born in Sao Paulo, Gio Queiroz has been international in lower categories with the United States and Spain, countries in which he has lived throughout his childhood and youth, but finally he made the step to the absolute with his native Brazil, even reaching have a few minutes at the Tokyo Olympics. With the World Cup in Australia and New Zealand next summer, the forward wants to add minutes in competition that can help her get a place in the canarinha.