Barça ties Koundé with Sevilla for around 50 million

Another posh reinforcement for Barcelona. 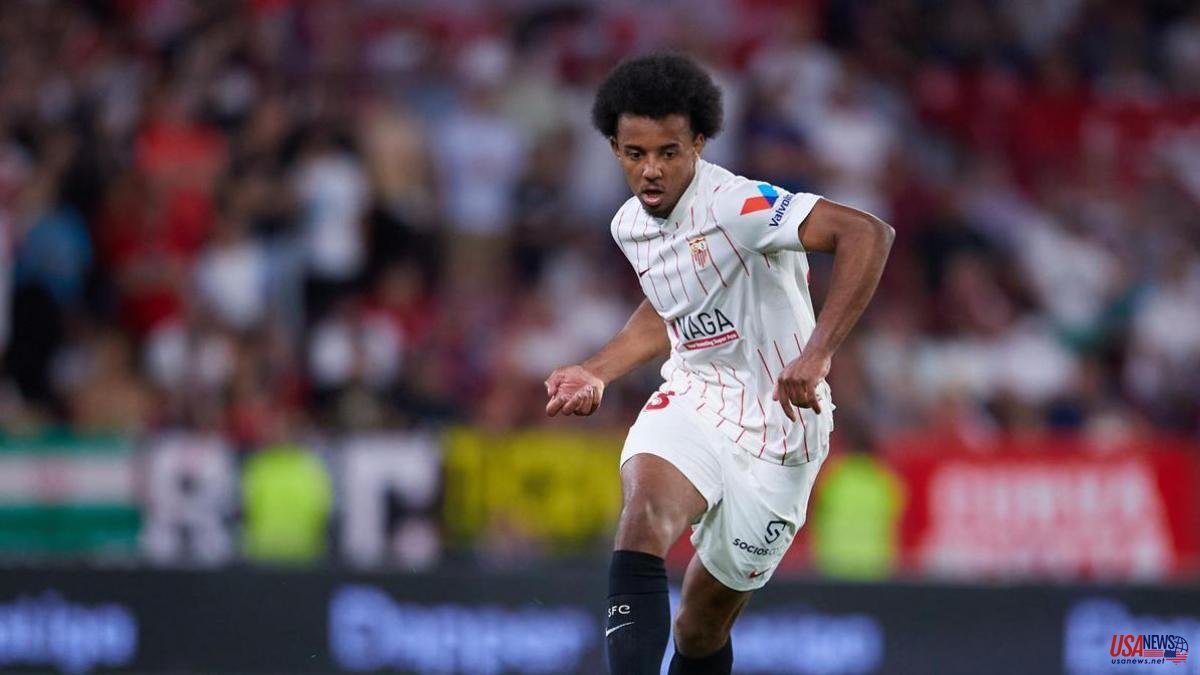 Another posh reinforcement for Barcelona. The hiring of Sevilla center-back Jules Koundé (23 years old) is "practically done", as La Vanguardia has learned from sources close to the negotiation between the two clubs. In the absence of polishing the last details, the only thing missing is for Barcelona and Sevillan to make the signing official. The transfer will be around 50 million euros plus variables. The defender will sign for the next four seasons. The Barcelona directive thus satisfies one of the main requests of its coach. Xavi Hernández got in touch with the footballer to tip the balance for Barcelona, ​​as Chelsea was very close to consummating the signing of the Frenchman last week.

Koundé thus becomes the fifth Blaugrana signing of a feverish summer after those of Andreas Christensen and Franck Kessié, who arrived for free from Chelsea and Milan, and those of Robert Lewandowski (45 million plus 5 in variables) and Rapinha (58 plus 8), incorporated from Bayern and Leeds, respectively. He is the sixth if the refichado Ousmane Dembélé is counted. Even sooner than could be foreseen, Barça is fitting its pieces in terms of tickets, although Xavi still awaits the arrival of a couple of full-backs like Azpilicueta and Marcos Alonso, both from Chelsea, a club with which Barça does not stop to cross paths in this transfer window.

With the incorporation of Koundé, Barça will have already invested 153 million in fixed amounts and becomes the club with the most money disbursed this summer above Bayern or Arsenal.

Sevilla and Chelsea came close to reaching an agreement a few days ago, but the footballer's will has been fundamental. Barça reached an understanding with the defender before presenting its formal offer to Sevilla in recent days. The Andalusian team resorted to the intervention in the final negotiations of the intermediary Jorge Mendes, who maintains an excellent relationship with Joan Laporta.

The Barcelona club's staff has completed the operation between Dallas and New York. Koundé is expected to join the final stretch of this tour.

With Kounde Xavi, he will have a young central defender with proven experience at his command. He is a defender full of energy and speed and with a good sense of anticipation. The French international has played the last three seasons at Sevilla, where he arrived from Girondins de Bordeaux. He was the main bet of the Sevilla sports director, Monchi, who signed him for 20 million plus 5 in variables, then becoming the most expensive player in the history of the Nervión club.

“Xavi has very good taste loving Koundé”, declared Monchi a few weeks ago. The Terrassa coach moved the central defender who saw him as an important man in his line-ups, forming a couple with Araújo. Barça has five central guarantees. The Frenchman, the Uruguayan, Christensen, Eric Garcia and Piqué, about whom there are doubts regarding his physical condition. Umtiti is also there but Xavi doesn't have him.