Keira Walsh, one of the best midfielders in the world, will play for Barça until 2025. 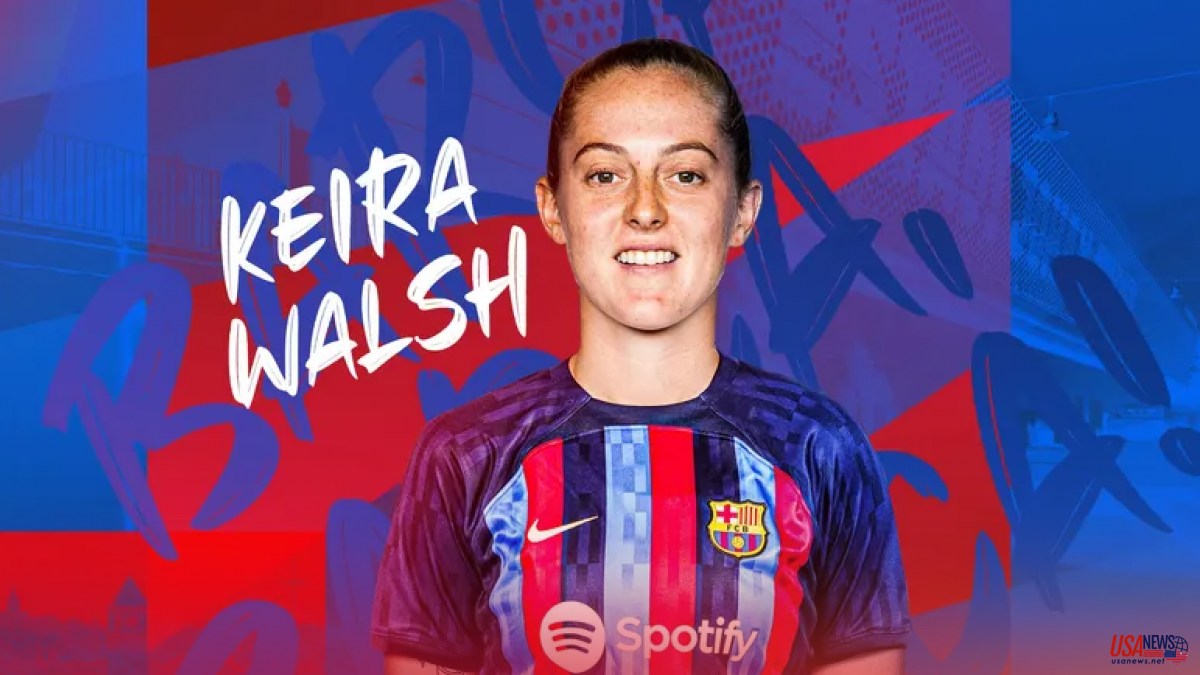 Keira Walsh, one of the best midfielders in the world, will play for Barça until 2025. The Barça club announced this Wednesday the signing of the 25-year-old Englishwoman, after agreeing the sale with Manchester City for an amount that such and As confirmed by La Vanguardia, it reaches 460,000 euros, the highest price paid for a transfer in women's football. To make the operation viable, the player has lowered her salary.

To date, the most expensive operation had been the 350,000 euros that Chelsea paid to Wolfsburg to acquire the services of the Danish Pernille Harder in the summer of 2020. The blues also disbursed 300,000 euros to the Chicago Red Star in the winter of 2019 by Australian forward Sam Kerr.

Although also with Dutch and American nationality, Damaris Egurrola, for whom Olympique de Lyon paid 100,000 euros in 2021, is still the most expensive Spanish soccer player. On the other hand, Real Madrid signed the Danish Sofie Svava last January for 80,000 euros and Betis agreed with Atlético de Madrid to sell Ángela Sosa for 60,000 euros.

As for Barça, it is the second time that they take out the checkbook for a soccer player. In 2017, they agreed with Atlético de Madrid to sell Mapi León for a total amount of 50,000 euros. Now, the Catalan entity has broken the deck for a Keira Walsh who still had a year of contract with the cityzen club, where he debuted in 2014 at the age of 17.

During his time in the English competition he won 4 Leagues and 3 Cups with the skyblue team. In addition, this summer she has been European champion with the Lionesses and she was MVP in the final that England beat Germany at Wembley (2-1) on July 31.

Walsh won the continental national team title together with Lucy Bronze, with whom he played at Manchester City and who has also joined the Barcelona team this summer. In addition to the two English players, Barça has been reinforced this year with the Brazilian Geyse Ferreira and the Spanish Salma Paralluelo and Nuria Rábano.